Tolerance is not a Sustainable Substitute for Grace

“Liberalism” has ironically eroded the Christian concepts of grace and brotherhood, which are the traditional western foundation for identifying with one another.  Christian grace and brotherhood have supported practical liberality for centuries in the West.  When the Christian asserts that we have all sinned and fallen short of the glory of God, he is announcing the universal foundation for identifying with the other.  And when he announces the grace of God he is announcing that not only can he identify with the other, no matter who he is, but he can love the other because love has been extended to him.

So, practical liberality is the Christian habit of noticing that the person next to us is not an abstraction, not a generality or a class (exactly what statutory, legally enforced toleration conceptualizes him as), but a concrete human being who has become a part of our own personal life history, no matter how confused or even corrupt he has become.  This concreteness of the humanity of the other leads to the Christian exercise of grace which is much more than toleration.  It is active love of the other as a sinner like oneself.  Christian grace extends the love of oneself, and the hope for oneself, to the other, on the basis of God’s declaration that we are lovable even while we are in our sin.

But when the sinner next to us, whom we know very well is like us — i.e. no better than us (which is exactly why we identify with him) — begins to demand toleration rather than the embarrassing riches of grace, he has begun to threaten the peace that Christianity holds together with grace as a much more powerful glue than mere tolerance.  If you tell me that you want nothing of my grace (even while I want your grace) because you have nothing to be forgiven for, but require toleration only, then toleration is all you will get.  And toleration cannot hold a civilized society together.  Toleration is not sustainable.

The demand for tolerance rather than grace is leading to more and more alienation, conflict and violence.  Tolerance has nothing to do with love.  It is an artificial exercise with no passion, with no identification.  Tolerance is legalistic and inauthentic in that sense.  It is not internally, but externally motivated by the law, by fear of punishment.  Grace is a virtue.  Tolerance is a completely temporary substitute for virtue.  The emphasis on tolerance is a sure sign of the last days of a civilization.

A “society” based on tolerance is a curse which we come to hate because its method is fear.  Tolerance is putting up with stark differences only because we have to.  It is not loving the similarity of the other, no matter how limited.  Human beings cannot identify with and cannot sustain love for the totally alien.  The regime of tolerance starts with the other’s unilateral announcement that he is truly alien, and must, therefore, and admittedly, coerce association.  The declared difference is not any kind of failure which requires grace, but is implicitly positioned as superiority.  This must become the claim in the absence of mutually recognized and equalizing grace.

Tolerance is ironically incompatible with democracy.  Tolerance is the command of the elite.  The misguided libertarians have always demanded recognition and tolerance for the superman.  The leftists have become Nietzscheians.  The rejection of traditional values now makes one superior.  And forcing this trans-valuation on others, this blatant will to power, is fully embraced by the liberals.  The problem with this ironic transformation of liberalism into a Nietzschean will to power, is that it cannot prevent the opposing will to power from proceeding just as naturally and arbitrarily.  The Nazis demonstrated that there are other value systems the arbitrary choice of which is just as authenticating (for them).

And so the self-alienated have completely undermined the road leading to love and acceptance.  That road is, and can only be, grace.  They get what they ask for — a bitter world of coercively, even violently enforced tolerance, finally leading to the destruction of all traditional moral order.  No government is powerful enough to order any society which has lost its foundation in grace; in traditional religious morality and love.  The tragic but inexorable reaction to a regime of tolerance as coerced subservience to those who have unilaterally declared their superiority (i.e. to any government which embraces legalistic tolerance over grace) is its moral and physical disintegration and a new regime so resentful of tolerance that it eliminates it altogether without the redeeming revival of grace.

Tolerance is rooted in the mutual resentment of both the tolerated and the tolerant.  Grace is rooted in love.  The demand for tolerance, rather than grace, is an announcement on the part of those who make this demand that they cannot and will not identify with those who would extend them grace.  They are spitting in the face of the greatest gift the gracious can give them — their authentic love.  Love without grace is impossible.  Just ask any experienced and honest human being.  Grace is based on identification with the other.  God, through Christ, has decided to identify with us.  This is pure grace.  But this identification is being rejected by those who demand tolerance on the grounds that grace is shameful.  And, in fact, we are sometimes shamed into accepting grace.  We can only be tyrannized into tolerance.

The frightening lack of wisdom in those who are constructing a culture and a legal system of artificial, coerced tolerance,  as opposed to freely extended grace and brotherhood, is that they are digging the grave of the truly liberal society.  Their legalism is the chief symptom of the death of liberality.  The whole project is structurally unsound.  It will lead to an unfortunate and massive reaction.  It already has.  It will bring us to a tipping point.  Toleration, ironically, is not natural.  Grace and love are much more natural by comparison but cannot occur without humility in both the tolerated and the tolerant.  Without humility, there is no identification with others.

Today, many people in our society are concomitantly rejecting humility and any identification with those who would give them grace.  Christians are not rejecting them; they are rejecting Christianity and then demanding morally empty toleration — a vacuum of true brotherhood based on a rejection of humility.  It is not the gracious orthodox Christian who is rejecting identification with any fellow sinner, but the sinner who is rejecting all true community based on grace; rejecting any identification with those of us who cannot be forced into substituting tolerance for real grace.  Since grace abounds in the orthodox Christian community, and deeply offends those who prefer tolerance to grace, the latter will do whatever they can to destroy grace altogether.  And when this happens, they will find themselves in a completely intolerant environment.  They will long for a society anchored by the concepts of sin, grace, humility, identification, and redemptive love.  They will reap what they sow.

The liberal church will be held most responsible by God for the death of grace and the destructive path of toleration which can only lead to comprehensive intolerance starting with intolerance for anyone who proposes grace instead of coerced association.  The ideology of tolerance is inevitably oppressive.  It is the liberal church which turned its back on the practical, civilizing balm of grace by teaching sinners that they do not need it.  It is the liberal church which is destroying sustainable liberality.  Again, this can only lead to a historic, even apocalyptic, moment in which enforced tolerance is overwhelmed by accumulating resentment, hatred and then reactionary oppression.  We pray for the revival of grace as the cultural norm, and not just the norm of struggling, individual Christians.

About the Author: Tom Dahlberg

Tom Dahlberg is a graduate of Wheaton College, Wheaton, IL where he earned a bachelor’s degree in philosophy. He went on to the Johns Hopkins graduate school of philosophy to study the philosophy of science. He taught philosophy briefly and then earned his Masters of Business Administration from St. Thomas University in St. Paul, MN. He has since worked as a consultant in the information technology arena. He is the author of The Problem with Wheaton: A Postmodern Analysis of the Christian Academy’s Failure to Challenge the Culture, and the co-author of Neopopulism as Counterculture and The Rebirth Constitution. The latter is a whole new constitution written for the freedom loving people left in America. All of these books are available on Amazon.com. 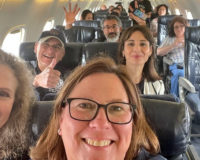 Where Is The Law? There Is NO Law: While You Are Being Distracted By Cuomo’s Sexual Crimes, De Blasio Is Mandating Proof Of Vaccines (Video)
August 5th, 2021 Sons of Liberty Media