On Sunday, President Donald Trump said that he was going to meet with leaders from Mexico and Canada to renegotiate the North American Free Trade Agreement

“We will be starting negotiations having to do with NAFTA,” Trump said at ceremony in which his top White House advisers were sworn in. “We are going to start renegotiating on NAFTA, on immigration and on security at the border.”

He also spoke well of President Nieto, who also changed his tune about the wall on the southern border once Trump was elected.

“The president has been really amazing,” Trump said. “I think we are going to have a very good result for Mexico, and the United States, and everybody involved.”

Following his election, both Canada and Mexico said they were willing to renegotiate NAFTA.  The Mexican president also change his tune

Trump said that the 1994 NAFTA

), was the worst trade deals in the history of the united States.

Five hundred and thirty million consumers in Canada, the US and Mexico are bound under this agreement.

The trade between the US and Canada supports some 9 million American jobs in 34 states and Canada’s GDP results in 20 percent to the US.

Two-way trade in goods between Mexico and the United States totalled about US$1.5 billion daily in 2015, while bilateral trade crossing the US-Canadian border amounted to $1.8 billion daily.

The United States, however, is a net loser in both cases, posting $15 billion and $58 billion trade deficits with Canada and Mexico, respectively, last year.

According to the Wall Street Journal, Donald Trump’s NAFTA Plan would confront the globalized auto industry, and it seems that United Auto Workers President Dennis Williams agrees with Trump’s position on NAFTA.

The renegotiating of NAFTA is one of 28 things Trump pledged to begin work on within his first 100 days.  Seems like he is keeping that promise.  Well done! 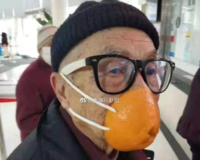 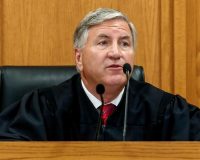