No one should be concerned about the conversion of Hagia Sophia, the foremost cathedral in the Christian world for nearly a thousand years, into a mosque – at least according to Shahid Qureshi, writing Monday in a Muslim publication known as the London Post. Why not? Because Mehmet the Conqueror, the Ottoman Sultan who conquered Constantinople and destroyed the Byzantine Empire on May 29, 1453, bought the place fair and square. So who could object? Once a mosque, always a mosque, and after all, the Christians sold it to him!

Qureshi claims that Mehmet “purchased the property of Hagia Sophia from his personal wealth before converting it into a Masjid (Mosque). The details of the transaction are still stored in the Turkish Museum,” and he even helpfully includes a photo of the bill of sale in his article. “This is the main reason,” Qureshi explains, “why the court ordered Aya Sofya to be reconverted into a Masjid.”

Christians, you see, have no right to complain that Hagia Sophia will no longer be a museum, a monument of the human spirit open to all people, but will instead become a house of worship for Muslims only. If the Christians are going to be upset over this, they have only the Christians who sold the cathedral to Mehmet to blame. “The credit,” Qureshi asserts, “really goes to the forward thinking Sultan Mehmet, the conqueror of Constantinople for purchasing the church and then creating a waqf (endowment). Had it not been for his wisdom, Kemal Ataturk’s decision [to convert the mosque into a museum in 1935] would not have been able to be legally overturned.”

The claim that Mehmet bought Hagia Sophia fair and square has been making the rounds this week among Muslims in social media, and has spread so far and wide that I’ve received quite a few emails asking me whether it is true, as apparently both Muslims and non-Muslims are shutting down criticism of the conversion of the building by invoking this supposed real estate deal. But whether or not the sales document that has been circulating and is reproduced in the London Post is authentic, this entire claim is a transparent attempt to whitewash an act of cultural appropriation and annihilation on a massive scale.

It is useful to recall exactly how Hagia Sophia became a mosque on May 29, 1453.

The History of Jihad From Muhammad to ISIS

tells the full story. Once they breached the walls of Constantinople, Muslims raided monasteries and convents, emptying them of their inhabitants, and plundered private houses. They entered Hagia Sophia, which for nearly a thousand years had been the grandest church in Christendom. The faithful had gathered within its hallowed walls to pray during the city’s last agony. Inside the great cathedral, the Muslims killed the elderly and weak and led the rest off into slavery.

When the slaughter and pillage was finished, Mehmet ordered an Islamic scholar to mount the high pulpit of Hagia Sophia and declare that there was no God but Allah, and Muhammad was his prophet. The magnificent old church was turned into a mosque; hundreds of other churches in Constantinople and elsewhere suffered the same fate. Millions of Christians joined the ranks of the dhimmis, the subjugated people, denied basic rights under the hegemony of Islamic law. Others were enslaved, and many were killed.

But what, then, of this bill of sale, which the Turkish Supreme Court apparently used it one justification for converting the cathedral into a mosque once again? What a coincidence that as the blood ran in rivers inside the great cathedral, its owners suddenly decided to sell. This document could be genuine, but it is noteworthy that it was never spoken of until now. I’ve never seen mention of it in numerous histories of the conquest. Also, if this “sale” did take place, it was obviously done under duress. The Muslims took over Hagia Sophia on May 29, 1453, as they were plundering Constantinople and murdering or enslaving Christians wholesale. The building was considered to have become a mosque when Mehmet sent the muezzin up to the pulpit to proclaim the Islamic shahada, not upon some sales agreement. The Ecumenical Patriarch of Constantinople or the Byzantine Emperor or whoever was deemed to be its owner was in no position to refuse to sell.

If someone came into your house, stole your possessions, killed your grandparents, enslaved your wife and children, and publicly announced that the house was his, and later gave you a bill of sale, would you consider this to be a fair-and-square real estate transaction?

Don't forget to like SonsOfLibertyMedia.com on Facebook and Twitter.
The opinions expressed in each article are the opinions of the author alone and do not necessarily reflect those of SonsOfLibertyMedia.com.
Previous Post:
Lori Lightfoot’s Chicago Another 50 Shot, at Least 6 Killed
Next Post:
4 Days After Being Assigned Case Linked To Jeffrey Epstein, Federal Judge’s Son Shot Dead & Attorney Husband Critically Injured 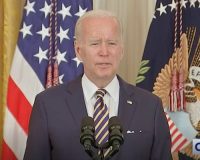 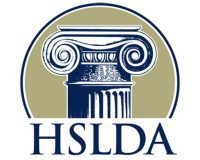