This Virginia Rep’s Gun Speech Offended Democrats So Much, They Walked Out

Editor’s Note: We need more of this!

A Republican member of the Virginia House of Delegates has offended a lot of Democrats with his powerful speech on guns that quickly went viral, raking in over 13 million Facebook views since Friday. Nick Freitas finally hit the nail on the head and told gun grabbers the truth, much to their discontent.

The speech laid out the unfortunate history of the left in America.  Desiring government control over their lives and the lives of others from the beginning was always designed to harm people, not help them.  According to the Daily Wire, Freitas happened to be the man who finally just cut to the chase with Democrats.

“For several days now, some Democrats in the Virginia House of Delegates have made public speeches comparing those of us who take our oath to the Constitution seriously, to include the 2nd Amendment, to Nazis and segregationists,” wrote the delegate on Facebook captioning his speech, which he dubbed as his “response” to such attacks.

For several days now, some Democrats in the Virginia House of Delegates have made public speeches comparing those of us who take our oath to the Constitution seriously, to include the 2nd Amendment, to Nazis and segregationists. This is my response:

“It’s really difficult to have an open and honest debate about this […] because members of this body are comparing members of [the Republican] side of the aisle to Nazis,” he said, adding that it was particularly offensive that GOP members were also compared to “segregationists.” Freitas continued saying, “It was not our party that supported slavery, that fought women’s suffrage, that rounded up tens of thousands of Asian Americans and put them in concentrations camps, that supported Jim Crow, that supported segregation, or supported mass resistance — that wasn’t our party, that was the Democrat Party,” he said. “I’d be really appreciative that every time you want to make a powerful point, you don’t project the sins, the atrocities, and the injustices the Democratic Party perpetrated on others onto us,” slammed the Republican.

He also noted the lame talking point that Republicans representatives are “paid off” by the National Rifle Association (NRA). “Why don’t you look at how much Planned Parenthood pays compared to the NRA?” he said. A true conversation, he said, “starts with a certain degree of mutual respect.” Democrats were incredibly triggered by the Republican’s remarks; so much so, that apparently the acknowledgment of the disturbing history of the Democratic Party made them uneasy to the point that they actually cried racism. As reported by the Richmond Times-Dispatch, Delegate, Lamont Bagby said he viewed Freitas’ remarks as racial “dog-whistling.”

“We realize that we live in an ugly political moment. So while we were offended, we were not surprised,” said Bagby. “It should embarrass every member of this body that we have allowed such rhetoric to enter these chambers. Bringing up a very painful past to make a political point is disgusting and poisonous.”

Remember: it’s fine to suggest Republicans are choosing NRA money over saving children’s lives, or branding them as Nazis and segregationists for disagreeing with Democratic talking points, but it is unacceptable — a racial dog-whistle actually — to bring up historical truths about the Party of Slavery. –The Daily Wire

The Daily Sheeple touched on something very similar yesterday in response to leftists believing they are being bullied.  The left is now accusing gun owners of bullying when someone corrects a gun grabbers nomenclature.  For example, when the term “clip” is used instead of “magazine.”

The mainstream media is now claiming that it’s “bullying” to correct a gun control activist when they use the wrong nomenclature while discussing the guns they know almost nothing about. Apparently, being wrong is perfectly acceptable and it’s “mean” if you educate an indoctrinated fool.

But the problem is that all of those terms actually DO matter and they matter immensely when talking about which things should be and can be banned.  That’s why gun owners correct those who use the terms wrong. And if you still believe that the “AR” in AR-15 stands for assault rifle, your opinion on gun laws is less than relevant.

This isn’t “bullying.”  According to Google, bullying is defined as use superior strength or influence to intimidate (someone), typically to force him or her to do what one wants. No one is using superior strength or influence to intimidate anyone here. It’s nothing more than an attempt to educate the masses who have been indoctrinated with years of mainstream media bias against an inanimate object to the point that they know so little about something they hate so much.–The Daily Sheeple

When we are living at the height of leftist propaganda, it’s nice when one person can stand up and lay out the truth for everyone.  Freitas’ comments were met with extreme anger from the left probably because he labeled them accurately and refused to fall victim to their attempts at brainwashing.

Don't forget to like SonsOfLibertyMedia.com on Facebook, Google+, & Twitter.
The opinions expressed in each article are the opinions of the author alone and do not necessarily reflect those of SonsOfLibertyMedia.com.
Previous Post:
The Right’s Failure to Call Out Trump on Gun Control Proves Brainwashing Power of 2-Party Paradigm
Next Post:
Democrat Leaders Continue Their Courting Of Hateful, Anti-American Activists 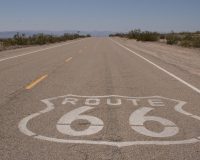