Where’s Vogue’s coverage of this? Where is the march for women living under the boot of sharia?

Feminists and women’s fashion magazines continue to pay tribute to this most vicious ideology. The garb of oppression has become the new symbol of the Western feminist movement. It’s analogous to the swastika becoming the icon of Jewish identity.

When is Anna Wintour, the long time editor of the world’s largest Fashion magazine, going to address this issue — the gravest threat to women worldwide? That old gray mare has got to go.

The cover-up by the government is as egregious as the murder itself.

VOGUE COVER MODEL WAS MURDERED BY EXTREMISTS FOR NOT WEARING ISLAMIC CLOTHING, HER FAMILY CLAIMS AFTER AUTOPSY RULED SHE COMMITTED SUICIDE IN HER DORM ROOM IN BANGLADESH

A Vogue cover model found dead in her dorm room in Bangladesh was murdered by extremists for not wearing Islamic clothing and did not kill herself, her family have claimed.

Raudha Athif, 21, a second-year student at Islami Bank Medical College in Rajshahi city, who once received praise from the president of her native Maldives for her striking appearance, was reportedly found hanged last week.

An autopsy report carried out in Bangladesh ruled her death as suicide before her burial on Saturday.

But her brother has since insisted that Raudha, who was Muslim, was murdered and that her death was made to look like a suicide. 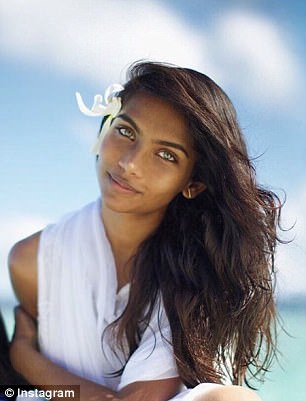 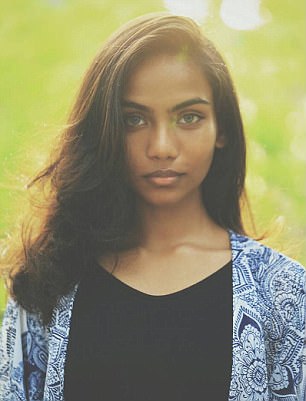 Raudha Athif, a Vogue cover model found dead in her dorm room in Bangladesh, was murdered by extremists for not wearing Islamic clothing and did not kill herself, her family have claimed 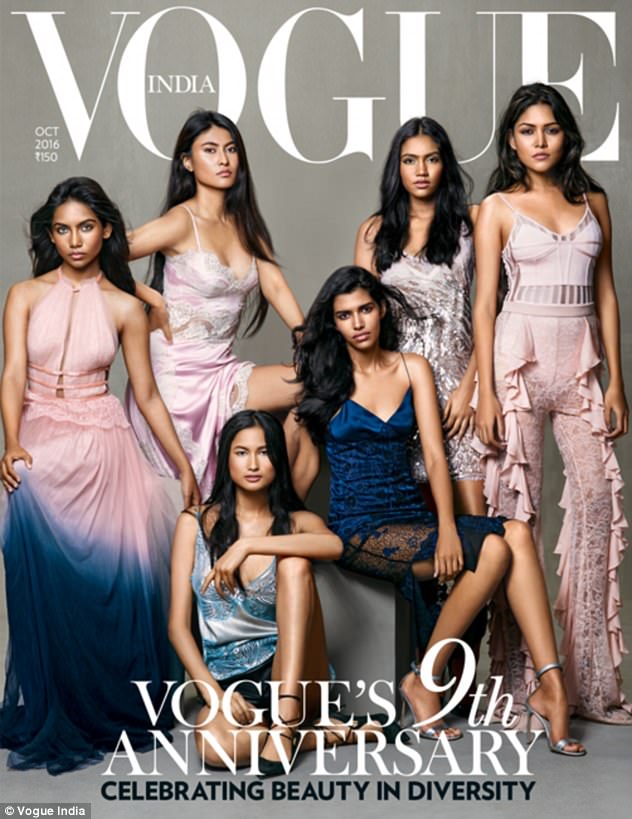 Her father Mohammed Athif has also dismissed the suggestion she took her own life, writing on Twitter: ‘Maldivian medical student and my daughter Raudha Athif did not commit suicide. She was murdered at her hostel room. I’ve the facts.’

Raudha’s body was recovered by police at around midday last Wednesday after her classmates found her dead.

The body was sent to Rajshahi Medical College Hospital for an autopsy, according to The Daily Star.

Her brother, Rayyan Athif, told The Sun today that extremists were behind her death and that she was targeted for standing up for people bullied over their religious issues.

‘There have been a series of murders in Bangladesh which have been staged to look like suicides and Islamic extremists have been suspected to be behind these atrocities,’ he said.

‘Her style of clothing was branded as “immodest” and “un-Islamic” even though she adhered to the dress code in the college premises by wearing a veil covering her face.

‘But she was criticised for wearing jeans and was repeatedly told she couldn’t wear it at the Muslim college – which has a lot of extremist connections and support. Other students have also been subjected to this type of bullying.’

He claims Raudha told her family an unknown person had slipped sleeping pills into her drink a few weeks before she died. 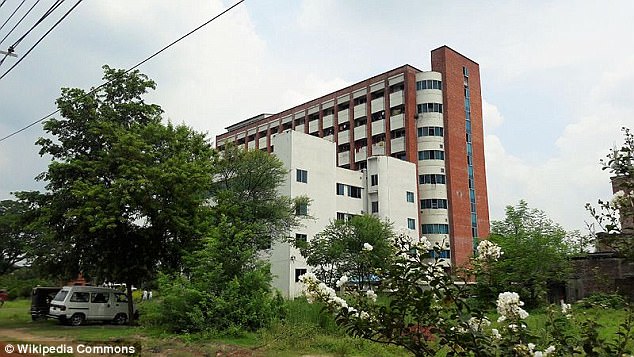 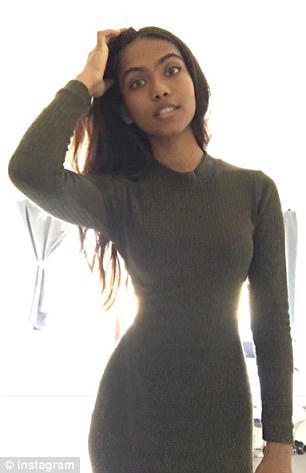 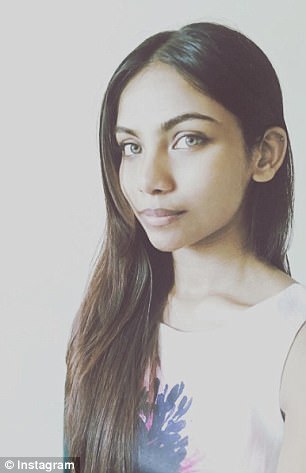 Marks on her neck the family claimed to have seen were dismissed by the autopsy report as birthmarks – but Rayyan said she had none of these.

Police from her native Maldives are said to have met with Bangladesh’s Rajshahi Metropolitan Police (RMP) and medical college bosses amid heightened speculation over the death.

The Dhaka Tribune quoted Amin Hossain, assistant commissioner of RMP Detective Branch, as saying there was a ’50 per cent chance that she did not commit suicide’.

Last week, Mahmuda Begum, the superintendent of the female hostel, said the model ‘always looked happy,’ and added, ‘it is hard to believe she would commit suicide’.

Ms Begum said: ‘I was in my chamber. Suddenly, I heard screams of my students.

‘Rushing to the second floor of this six-storey building, I saw some of the students trying to break the door of Athif’s room.’

The door was locked from the inside and students broke into the room.

‘We primarily suspect it is a suicide case. However, we can’t come to any conclusion until we get the autopsy report,’ said the officer-in-charge Zillur Rahman.

The model’s first major breakthrough was a stunning image taken by photographer Sotti called ‘Maldivian Girl With Aqua Blue Eyes,’ which was praised by the former president of the Maldives over social media.

The picture made her an internet sensation in 2014. Her fame grew and she eventually landed on the cover of Vogue India in October last year.

‘Modelling is a hobby rather than a career for me, since I’m studying to become a doctor,’ she told Vogue.

Don't forget to like SonsOfLibertyMedia.com on Facebook, Google+, & Twitter.
The opinions expressed in each article are the opinions of the author alone and do not necessarily reflect those of SonsOfLibertyMedia.com.
Previous Post:
Trump Prepares ‘Military Response’ For Syria As Tillerson Works To Form A ‘Coalition’ To Remove Assad From Power
Next Post:
A Major Terror Attack Is Coming, And the U.S. Is Next: “Mock IED Onboard Chicago-Bound Flight”

WTF? Police Warn Parents That Child Services Could Be Called If Kids Play At The Park In Violation Of Lockdown Order
May 6th, 2021 Clash Daily