As we feared, President Donald Trump has chosen sides in the battle between homosexuality and religious liberty. And he has chosen poorly.

From The Hill (emphasis mine):

The White House said early Tuesday that President Trump will continue to enforce an Obama-era executive order protecting the rights of the LGBTQ community in the workplace.

“President Donald J. Trump is determined to protect the rights of all Americans, including the LGBTQ community,” said a statement from his press secretary’s office. “President Trump continues to be respectful and supportive of LGBTQ rights, just as he was throughout the election.”

The administration said Trump is proud to have been the first GOP presidential nominee to mention the LGBTQ community in his acceptance speech, “pledging then to protect the community from violence and oppression.”

“The executive order signed in 2014, which protects employees from anti-LGBTQ workplace discrimination while working for federal contractors, will remain intact at the direction of President Donald J. Trump,” the White House said.

Many of us feared during the campaign that the confusing messages Mr. Trump was sending with regard to the homosexual agenda portended trouble were he to be elected. Unfortunately, those fears may now have been realized.

President Obama enacted an executive order in 2014 forbidding any business which would not affirm sexual deviancy from doing any contract work for the federal government. The current administration today re-affirmed that executive order, even though it was under no compulsion to do so.

This perfectly terrible order requires all businesses to affirm the radical LGBTQ agenda as the cost of doing business with their own government. Business owners who believe in sexual normalcy need not apply. They are now banished from entering into any contract with the federal government.

This means, for instance, that Christian relief agencies whose personnel policy is shaped according to the sexual standards of the Judeo-Christian tradition may be ineligible to work for Uncle Sam. Adoption agencies may not be allowed to render services under the auspices of their own government. As the Family Research Council puts it, “[R]eligious organizations will be faced with an agonizing choice — compromise their faith-based principles, or forego the federal contracts which maximize their ability to minister to the needy.”

No for-profit contractors will be allowed to work on any part of the president’s infrastructure plan without an all-out embrace of sexually non-normative behavior. No landscape business, no printer, no food service provider, no janitorial service, no IT company, no vendor, and certainly no bakers like the Kleins will be permitted to do any work for any federal agency unless they bend the knee to sexual anarchists and treat homosexual behavior as the moral equivalent of heterosexuality.

They will be forced to set aside their most deeply held convictions about human sexuality and marriage in order to be considered for government contracts. This blanket discrimination on the basis of religion is not only immoral but also illegal, since it violates civil rights laws that forbid discrimination on the basis of religion. And it violates the plain provision of the First Amendment which prohibits the federal government from restraining “the free exercise” of religion in any way.

An American who is not allowed to bring his most deeply held religious convictions into the way he runs his business is being denied the free exercise of his faith. The free exercise of religion does not just belong to Americans between 11am and noon on Sunday. It is a right we possess 24 hours a day, seven days a week, including the time we spend running our businesses. As the Family Research Council (FRC) puts it, “Accepting a federal contract does not constitute forfeiture of the right to freely exercise one’s religion.”

FRC thoroughly examined this executive order when President Obama issued it in 2014. FRC correctly argues that sexual orientation and gender identity are not appropriate categories for protection because such characteristics

aren’t “inborn, involuntary, immutable, innocuous, and/or in the Constitution.” People are born black but no one is born gay.

Further, FRC looked at the order in 2014 as the president “using the contracting process as a tool to impose his ideological will upon private employers,” to “attack…religious liberty,” and to “punish Americans who dissent from the politically correct ideology of the sexual revolution…by law where possible, and by stigmatizing it as bigotry on a par with the most virulent racism.”

The White House’s LGBTQ order is a major blow to religious freedom, a blow enacted by an administration that has just taken office and has now set an oppressive course on social issues for the next four years. State-sanctioned religious bigotry has now become official policy under this new administration.

At a bare minimum, this order must be radically revised and amended to include genuine religious protections. Our new president certainly has advisers around him who understand the push and pull of these dynamics in a way that the president himself probably does not. It’s time for them to do some advising.

And it’s time for those of us who believe in religious liberty to do some praying. 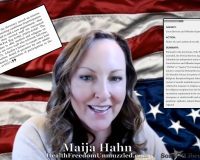 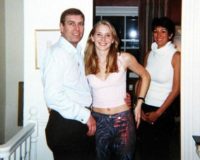 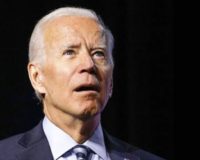