Who’s the Only Trump Cabinet Member Not to have Any Negative Leaks?

Occasionally, leaks can prove to be beneficial for a presidential administration.  However, others can be very destructive, as was the case this week with now-former National Security Advisor Michael Flynn. According to some anonymous leak, one that somehow had access to a classified telephone conversation between General Flynn and Russian Ambassador Sergey Kislvak, General Flynn “may” have said some things that were not appropriate. We’ll never know since General Flynn did the honorable thing and stepped down, so as not to be a distraction.

Despite the fact that there is already an investigation underway to determine who could have leaked, one cannot rule out the possibility of an inside job from within Trump’s inner circle. Have a look:

TAKE A LOOK AT THE FOLLOWING NAMES:

In the following video, Right Wing News at least asks the question when it comes to the one member of President Trump’s inner circle who has not been the subject of any vicious leaks as of yet. At the very least, it seems odd that only one among many of President Trump’s advisors has been spared any public and uncomfortable leaks, but as Right Wing News is quick to point out, that does not necessarily make that person guilty.

National Security Advisor Michael Flynn gave an exclusive interview to the Daily Caller News Foundation in which he claimed he “crossed no lines” in his conversations with Russian officials.

According to Flynn, the conversations he had with Russian officials and specifically Ambassador Sergey Kislyak were “not to relieve sanctions. It was basically to say, ‘Look, we’re coming into office in a couple of weeks. Give us some time to take a look at everything.’”

Flynn, however, decried the leaks related to his conversations.

“In some of these cases, you’re talking about stuff that’s taken off of a classified system and given to a reporter. That’s a crime,” Flynn told The Daily Caller News Foundation Investigative Group during a telephone interview from his White House office on Monday.

“You call them leaks. It’s a criminal act. This is a crime. It’s not just a wink and a nod,” Flynn said.

President Donald Trump also commented on the leaks in a tweet, saying, “The real story here is why are there so many illegal leaks coming out of Washington? Will these leaks be happening as I deal on N.Korea etc?”

In saying that these are leaks, media has not been spelling out a very important fact.

Someone leaked private conversations Flynn had on his phone and offered them to media.

How did the people get the conversations? Who tapped his phone? Or did someone have access to NSA information?

As we have noted previously, the FBI looked at Flynn’s conversations in January and confirmed at that time that Flynn had not done anything illicit.

But the campaign to leak his conversations certainly appears illicit and everyone should be concerned, if someone is tapping the conversations of the National Security Advisor, as House Intelligence Committee Chairman Devin Nunes notes.

Nunes said it’s troubling the call was tapped with the information later being leaked to the media, adding he hopes to receive more information form the Federal Bureau of Investigation.

“I expect for the FBI to tell me what is going on, and they better have a good answer,” he told The Washington Post. “The big problem I see here is that you have an American citizen who had his phone calls recorded.”

Nunes also said he did believe there was a “well-orchestrated effort to attack Flynn and others in the administration.”

“From the leaking of phone calls between the president and foreign leaders to what appears to be high-level [Foreign Intelligence Surveillance Court] information, to the leaking of American citizens being denied security clearances, it looks like a pattern.” […]

Former intelligence and military officers told TheDCNF they agree Flynn was the victim of a highly orchestrated “disinformation campaign” generated by current and former intelligence officers, many with loyalties to former President Obama.

Nunes said the House would be investigating the leaks.

Let’s hope that there are still people dedicated to the truth at the FBI who can get to the bottom of this.

Article posted with permission from The Last Great Stand

Don't forget to like SonsOfLibertyMedia.com on Facebook and Twitter.
The opinions expressed in each article are the opinions of the author alone and do not necessarily reflect those of SonsOfLibertyMedia.com.
Previous Post:
Will Florida AG Investigate Criminal Conduct at West Palm Beach Abortion Facility?
Next Post:
Flynn Calls for Prosecution of Leakers: I “Crossed No Lines”

About the Author: Michael DePinto

Michael is a member of the fast growing un-silent American majority that is sick of the insanity going on in this country right now. He has been accused of being vitriolic, bombastic, sarcastic to the extreme, and probably worse behind his back. Michael is sick of being branded a right wing-extremist, racist, homophobe, warmonger, or whatever other asinine adjectives Liberal Progressives have for the words COMMON SENSE these days. Michael is also a blogger at The Last Great Stand and an Attorney. 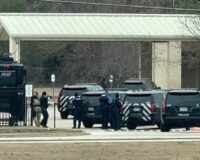 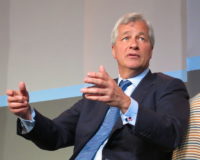