“If the law does not serve us, we must serve as the law.”

Alpha News reported A Preston, Minnesota man, who was charged with 12 counts of child pornography last year, won’t spend any time in prison.

Instead, he will do 10 years of probation and pay a $140 fine, KAAL TV first reported. 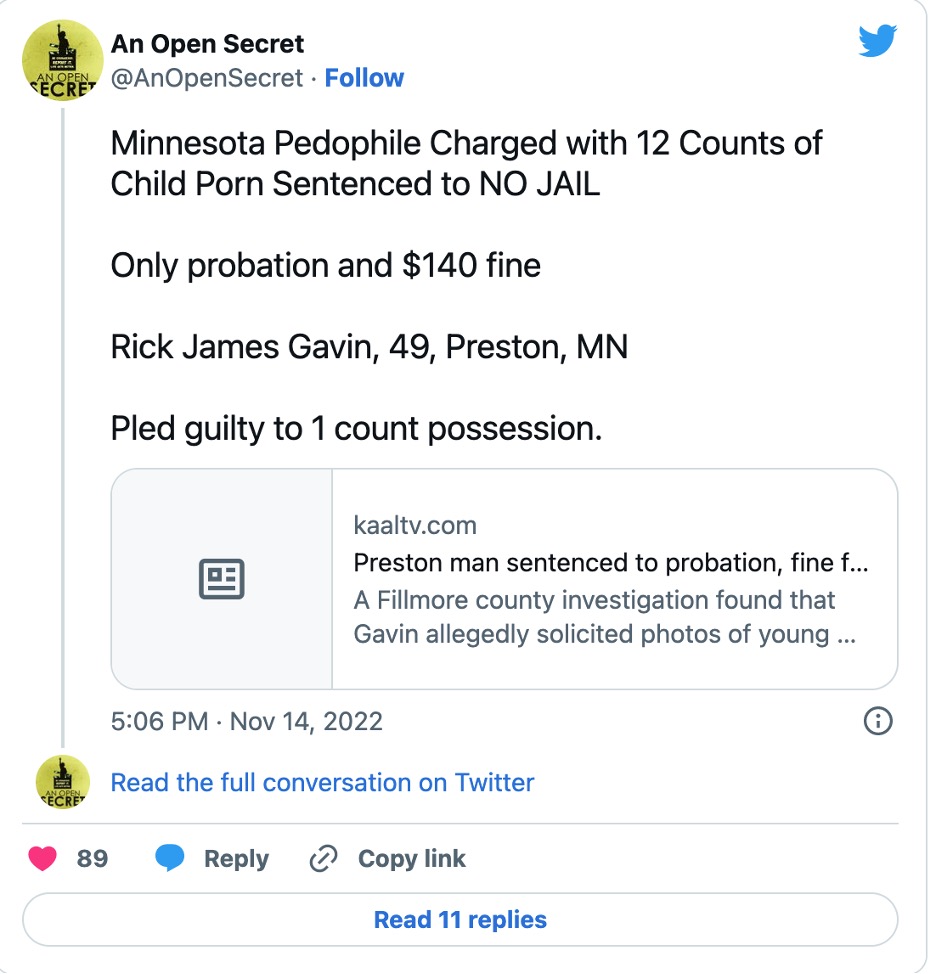 The victims referred to Gavin as “Pooh Bear” and one of them had been to his house, charges say.

In addition, Gavin was in possession of sexually-graphic images of nude children, the complaint says. The images included a victim as young as one year old, according to the complaint.

It is all aimed at the people, a direction that should be avoided at all costs (Luke 17:2).

For those who do not want to listen and would like to excuse yourselves from obligation in protecting these children because you are praying about it (James 2:14-26), the Lord will hold you accountable for what you have left off (Revelation 21:8).

People shouldn’t have to be told to protect the innocent if only they would consider themselves or even their kids or grandkids today.

The good news is that there are those who will NOT turn the other cheek but rather they will lawfully take it to those who have not yet learned the lesson (Psalm 68:5)!

Don't forget to like SonsOfLibertyMedia.com on Facebook and Twitter.
The opinions expressed in each article are the opinions of the author alone and do not necessarily reflect those of SonsOfLibertyMedia.com.
Previous Post:
Drs Andrew Kaufman & Ali Ajaz: Psychotropic Drugs, MKUltra & Mass Mind Control (Video)
Next Post:
G20 Masters Push Vaccine Passports For Travel As Slave System Clamps Down