Why Wasn’t Purdue Pharma & The Sacklers Charged Under RICO?

Part 4 in a series – “Why wasn’t Purdue Pharma and the Sacklers charged under RICO?”

The below article was published in three newspapers including Salem-News.com in 2019 during my 19 years of “continuously” exposing Purdue Pharma and the Sackler family, maker of OxyContin.  My question to people who have been unheard from for years while the maker of OxyContin continued to make billions of dollars and the death toll rose to hundreds of thousands is “where was the outrage?”  We are now left with sheep in wolves clothing profiting off of Purdue Pharma and their fifteen minutes of fame.

Purdue Pharma and the Sackler Family were exposed in 2007. Why was it ignored?

Why has it taken 12 years for attention to be given to Purdue Pharma and the Sacklers when I begged for it in 2007? 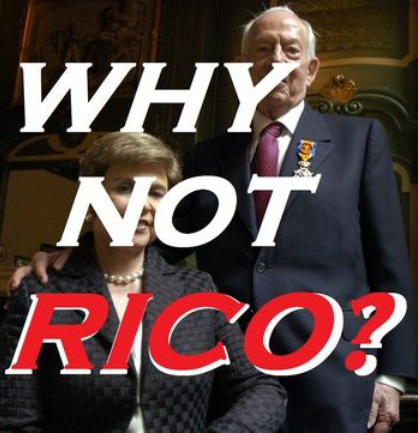 (MYRTLE BEACH, SC) – Consider how many lives could have been saved if those responsible for the prescription opioid epidemic had been charged under RICO. Why should they have been charged and what exactly is RICO? Here is a simplified definition for those not familiar.

The Racketeer Influenced and Corrupt Organizations Act, commonly referred to as the RICO Act or simply RICO, is a United States federal law that provides for extended criminal penalties and a civil cause of action for acts performed as part of an ongoing criminal organization. 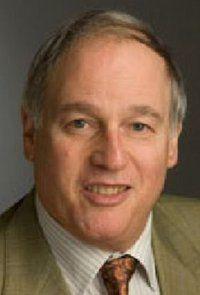 The RICO Act focuses specifically on racketeering and allows the leaders of a syndicate to be tried for the crimes they ordered others to do or assisted them in doing.

In July 2007, I was asked to testify before the U.S. Senate Judiciary Committee at the request of Vermont’s U.S. Senator Patrick Leahy concerning the guilty plea of Purdue Pharma, maker of OxyContin in federal court on charges of criminally marketing OxyContin.

My testimony before the Judiciary Committee is shown below. It is a day I will never forget. What is etched in my mind more than anything is when my testimony was delivered, Senator Leahy advised me that there would be “no investigation” into Purdue Pharma or the Sacklers. The Committee was only taking testimony. I was stunned.

Instead of photo ops with politicians and attorneys general, you might want to ask them — “How many deaths were you waiting for to become interested in saving lives to a manufactured opioid epidemic — by an evil family who ran a multi-billion dollar pharmaceutical corporation?” Where was the outrage?

My name is Marianne Skolek. I had a beautiful 29 year old daughter named Jill. She had the misfortune of being prescribed OxyContin in January 2002 and was killed on April 29, 2002. Jill left behind her son Brian who was 6 years old at the time of his mom’s death. Brian is with me in the Senate today.

Why did a $9 billion privately held pharmaceutical corporation take the life of my precious daughter? My work against Purdue Pharma for the past 5 years initially focused on J. David Haddox, dentist turned psychiatrist and Senior Medical Director of Purdue Pharma. I also focused on Robin Hogen, former Public Relations spokesman for Purdue Pharma.

In 1996, the American Academy of Pain Medicine and the American Pain Society issued a set of guidelines for the use of opiates in the treatment of chronic pain. These guidelines are referred to as a “consensus statement.”

The statement leaning toward a more liberal use of opiates was adopted just as the marketing push for OxyContin began. This consensus statement was produced by a task force, which was headed by J. David Haddox, former president of the American Academy of Pain Medicine, who was senior medical advisor for Purdue Pharma – the maker of OxyContin. Haddox was quoted as saying that “the point was to gather consensus. If you are going to do this, this is how it should be done.”

There was question as to whether it was ethical for Haddox to be associated with a pharmaceutical manufacturer to guide the formation of a document that would play a key role in promoting the use of products made by the company – Purdue Pharma.

When OxyContin was introduced on the market, it was intended for the treatment of cancer patients and they were losing the patent on MS Contin. At one point, in the greed and sheer evil of Purdue Pharma, they intended to market OxyContin to OB/GYN patients.

Let the pain patients not a part of any funded pain society of Purdue Pharma speak about the quality of life they have after becoming addicted to OxyContin – and when their physicians refuse to renew prescriptions for the drug – and they go on the street to buy the drug because they can’t kick the habit of this less addictive drug.

Ask the FDA and the DEA why OxyContin is in such plentiful supply on the streets all over the country. Jill and thousands of victims of an out of control, greedy pharmaceutical company headed by three convicted criminals marketed OxyContin as less likely to be addictive and abused.

There are assertions that the only victims in the criminal activities of Purdue Pharma were the physicians who were misled by Purdue Pharma’s sales representatives. The physicians, who were used as pawns by Purdue Pharma, were not ingesting a powerful narcotic that was being marketed as less likely to be addictive or abused – the patients were ingesting OxyContin and were becoming addicted and dying.

If patients aren’t victims of Purdue Pharma’s criminal activities, tell me what they should be called. The addictions and loss of lives because of OxyContin continue to impact every state in the country every single day. The far reaching consequences of the criminal activity of Purdue Pharma did not end in 2001 or 2002 as they would like it to be believed – no one can turn the clock back.

This has been allowed to become a national crisis because there was no conscience in the marketing of OxyContin – there was only greed. We all hear on the news every day about individuals who work for government agencies or private industry who embezzle funds. Purdue Pharma has been found criminally responsible for marketing OxyContin which resulted in death and addiction.

Is it justice to have these convicted criminals – these monsters – fined an amount of money that is very well afforded by them, or will the Senate send a message that because of the magnitude of the crime committed, they deserve to be further investigated by the Senate. Anything that is imposed against these convicted criminals will not give us back Jill, but I will guarantee that Purdue Pharma will never forget the name Jill Skolek.

When I began my work at exposing these three convicted criminals and Haddox and Hogen, I told Hogen that you messed with the wrong mother – and they did because my work is not over. I want to know why the FDA allowed OxyContin to cause such destruction to the lives of scores of innocent victims.

I want to know why 12 warning letters were sent by the FDA to Purdue Pharma about their marketing of OxyContin and to this day, they are not required to put “highly addictive” or “addictive” on the label of the drug.

I want to know why Attorney General Blumenthal of Connecticut’s Citizen Petition which requests strengthened warnings for OxyContin as a result of information they uncovered in their investigation against Purdue Pharma has been sitting at the FDA – without any action – since January 2004.

I want to know how Rudy Guliani could be the “big star” hired by Purdue Pharma to play down the abuse and diversion of OxyContin and also get paid by the DEA for work performed for them.

I want to know why the Sackler family has not been held accountable for their involvement with Purdue Pharma and the mass marketing of OxyContin.

Eventually Purdue Pharma will introduce another blockbuster drug similar to OxyContin and as they did with another devastating drug called Palladone. Palladone was removed from the market after a couple of months. I like to think that my faxes and emails all over the country played an intricate part in having it removed.

My advice to Purdue Pharma is when you are ready to introduce another drug such as OxyContin or Palladone, look behind you, because I will be right there.

I will be working at having Howard Udell disbarred for his criminal activities and Paul Goldenheim’s medical license revoked for what amounts to white collar drug trafficking. I will be actively working at Friedman, Udell and Goldenheim never being able to work in the pharmaceutical industry again because they are convicted criminals who criminally marketed OxyContin.

I will accomplish this – hopefully with the help of Attorney General Blumenthal — do not doubt me at not being successful at achieving this. Her name was Jill Carol Skolek. She did not deserve to be prescribed OxyContin and die because of the criminal activities of individuals of Purdue Pharma.

Please give my family justice and investigate the criminal activity of Purdue Pharma. Thank you, Senators for giving me the opportunity to speak for thousands of victims of an out of control pharmaceutical corporation.

Don't forget to like SonsOfLibertyMedia.com on Facebook and Twitter.
The opinions expressed in each article are the opinions of the author alone and do not necessarily reflect those of SonsOfLibertyMedia.com.
Previous Post:
As Inflation Has Risen So High, Those Behind It Have That Audacity To Tell You How To Save Money This Thanksgiving
Next Post:
Don’t Give Up on the Blessings of Freedom