Woman’s Skin Rots: Look At What The CDC, The WHO, Anthony Fauci And The Federal And State Governments Mean To Conceal (Pictures)

“This without a doubt is a criminal conspiracy (Jeremiah 11:9).”

VAERS is the CDC’s primary mechanism in the U.S. for reporting adverse vaccine reactions, but historically only reports 1% of the total actual adverse events according to a Harvard study. Reports to the system come from medical professionals regarding patients, and most are failed to be reported for various reasons.

A recent case study of a woman from New York shows that at least one recipient of the Pfizer covid vaccine experienced Toxic Epidermal Necrolysis, which doctors have attributed to the vaccine.
Toxic epidermal necrolysis is a life-threatening skin disorder characterized by a blistering and peeling of the skin.

Toxic epidermal necrolysis usually presents as a fever initially, and other flu-like symptoms one to three weeks later, which is also followed by painful skin lesions that tend to coalescence. Erosions and vesiculobullous lesions and epidermal detachment over wide body surface area begin to develop after this according to the case study:

“A 49-year-old woman with no previous medical history presented to the emergency room with a history of fever and skin eruption. She has received COVID-19 Pfizer (BNT162b1) vaccine with a dose of 0.3 mL given intramuscularly one week before the development of her symptoms. The patient started to develop fever, fatigue, and headache followed by skin lesions affecting her trunk and starting to spread to her face and upper limbs with oral ulceration. The patient was seen in the primary health care center and was given paracetamol and did not notice any improvement. The patient had no history of taking any new medication or any cosmetic treatment in the past two months before the development of the skin lesions. Upon examination, the patient was vitally stable, anxious, and in severe pain. She had numerous purpuric and dusky red macules involving the chest, abdomen, upper limbs, face, genitalia, and upper thighs with areas showing coalescence of lesions with flaccid bullae and areas of epidermal detachment with positive Nikolsky’s sign.

The mucosa was involved in her condition, where she had extensive oral ulceration and hemorrhagic crusting over the lips, as well as bilateral conjunctival congestions along with upper eyelids erosions and genital mucosal lesions. Her body surface area (BSA) involvement is estimated to be more than 30%.” 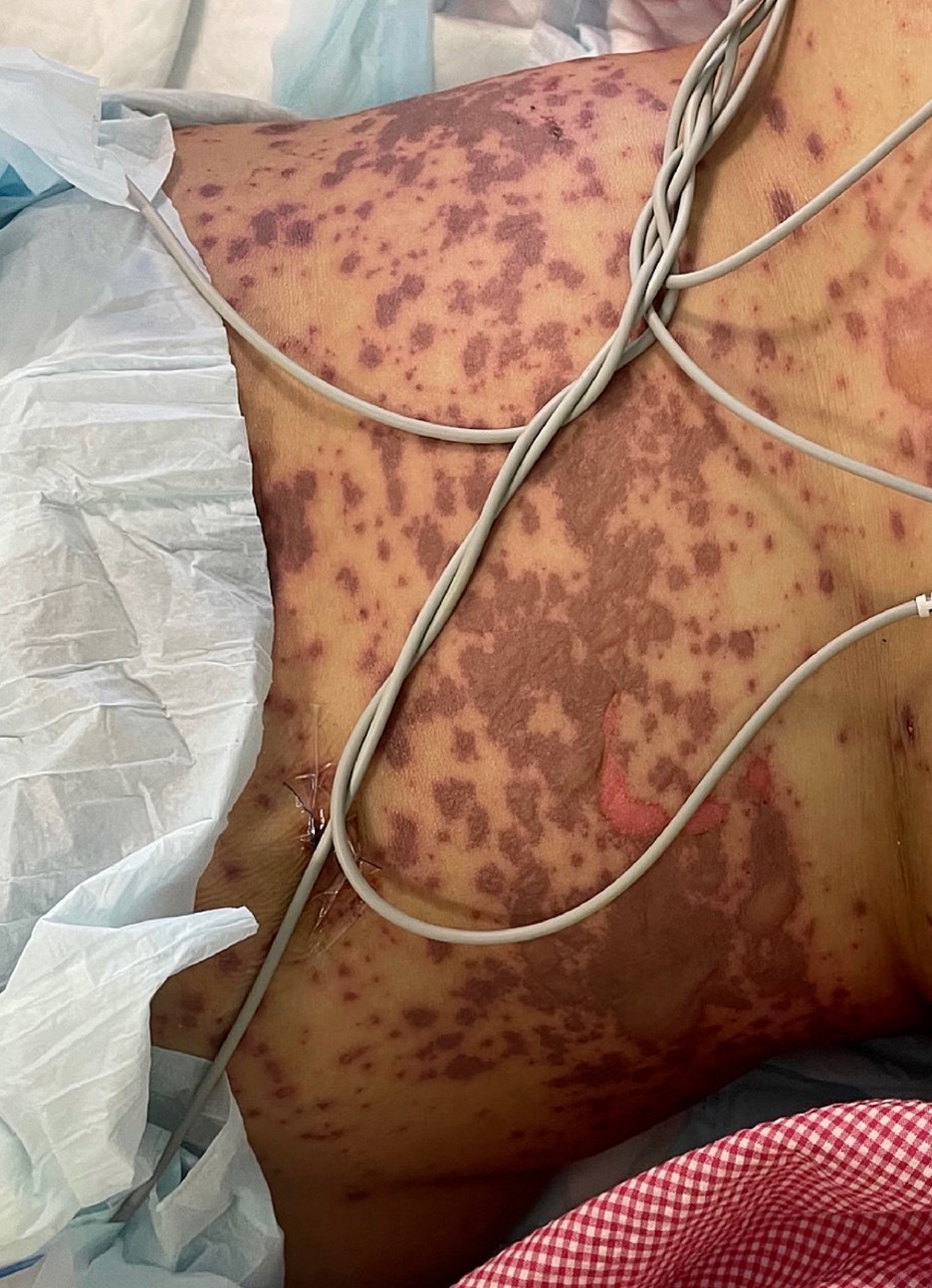 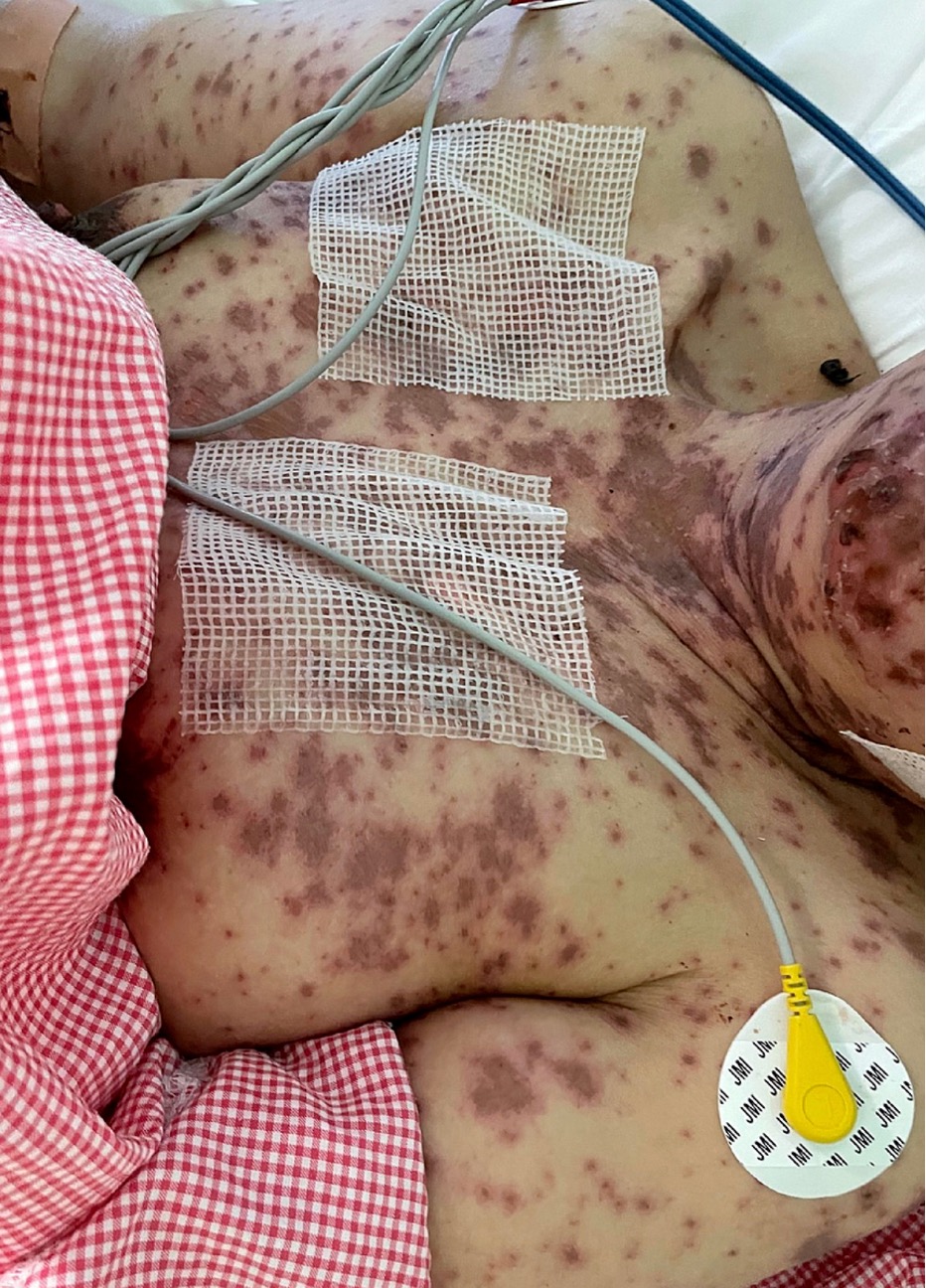 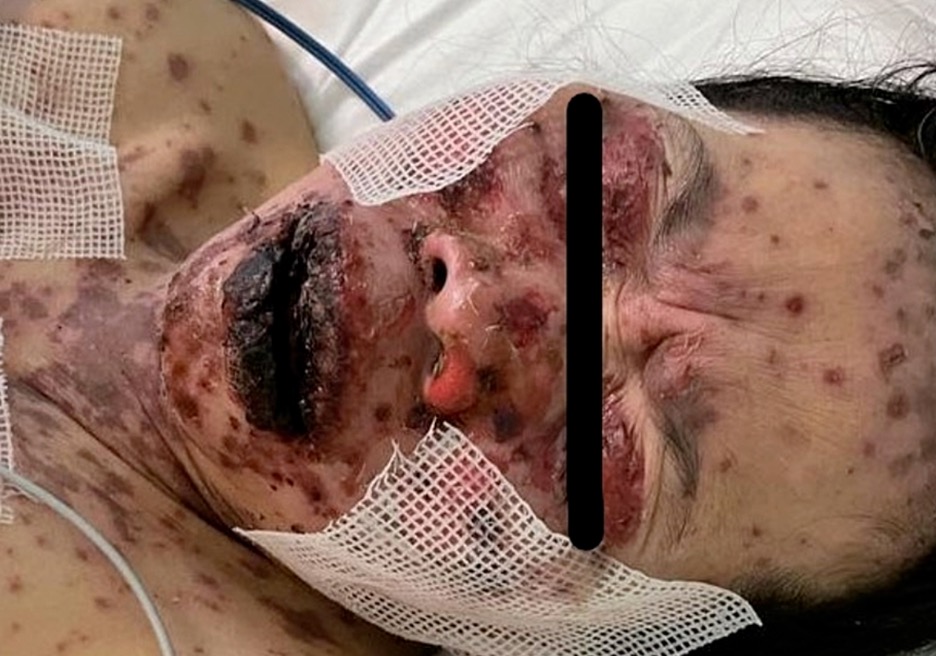 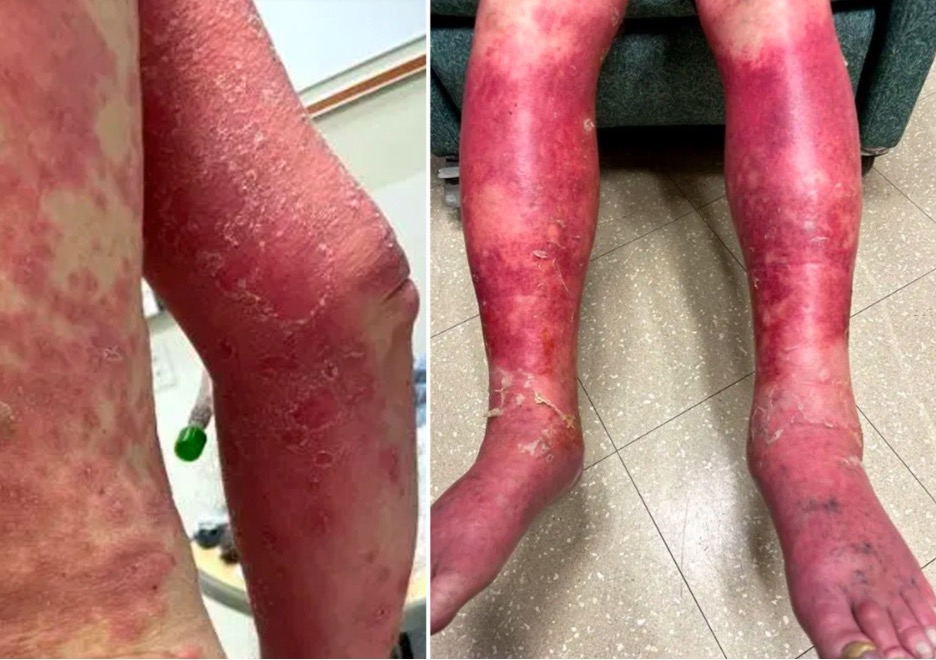 Conclusion: This, without a doubt, is a criminal conspiracy (Jeremiah 11:9) and the perpetrators must be held accountable for their crimes against humanity (Psalm 94:16).