On August 17, 1975 Senator Frank Church appeared on NBC’s Meet the Press and issued a stark warning about a certain technology perfected by the intelligence community, which could be used by the US government against its own citizens to create “total tyranny.”

The safeguard, the fail safe that the agencies that possess the technological capacity to impose tyranny operate within the law and under proper supervision has been completely ignored, annihilated by the ruling Democrat party.

“There would be no place to hide.” The technological capacity that the intelligence community has given the government could enable it to impose total tyranny. And there would be no way to fight back because the most careful effort to combine together in resistance to the government, no matter how privately it was done, is within the reach of the government to know. Such is this capability of this technology.”

“I know the capacity that is there to make tyranny total in America and we must see to it that all agencies that possess this technology operate within the law and under proper supervision so that we never cross over that abyss. That’s the abyss from which there is no return.”

Imagine what the Democrat-goverment-media-axis would do to a Frank Church today.

In 1975 Church chaired the Senate Select Committee to Study Governmental Operations with Respect to Intelligence Activities, known informally as the Church Committee, which investigated alleged illegal activity by the Federal Bureau of Investigation (FBI), Central Intelligence Agency (CIA), and National Security Agency (NSA). Abuses including assassination plots in foreign countries and widespread surveillance and harassment of political activists and public figures in the United States were uncovered. The committee’s recommendations led to reforms such as the creation of congressional committees to oversee intelligence activities and an executive order banning assassinations. (Britannica) 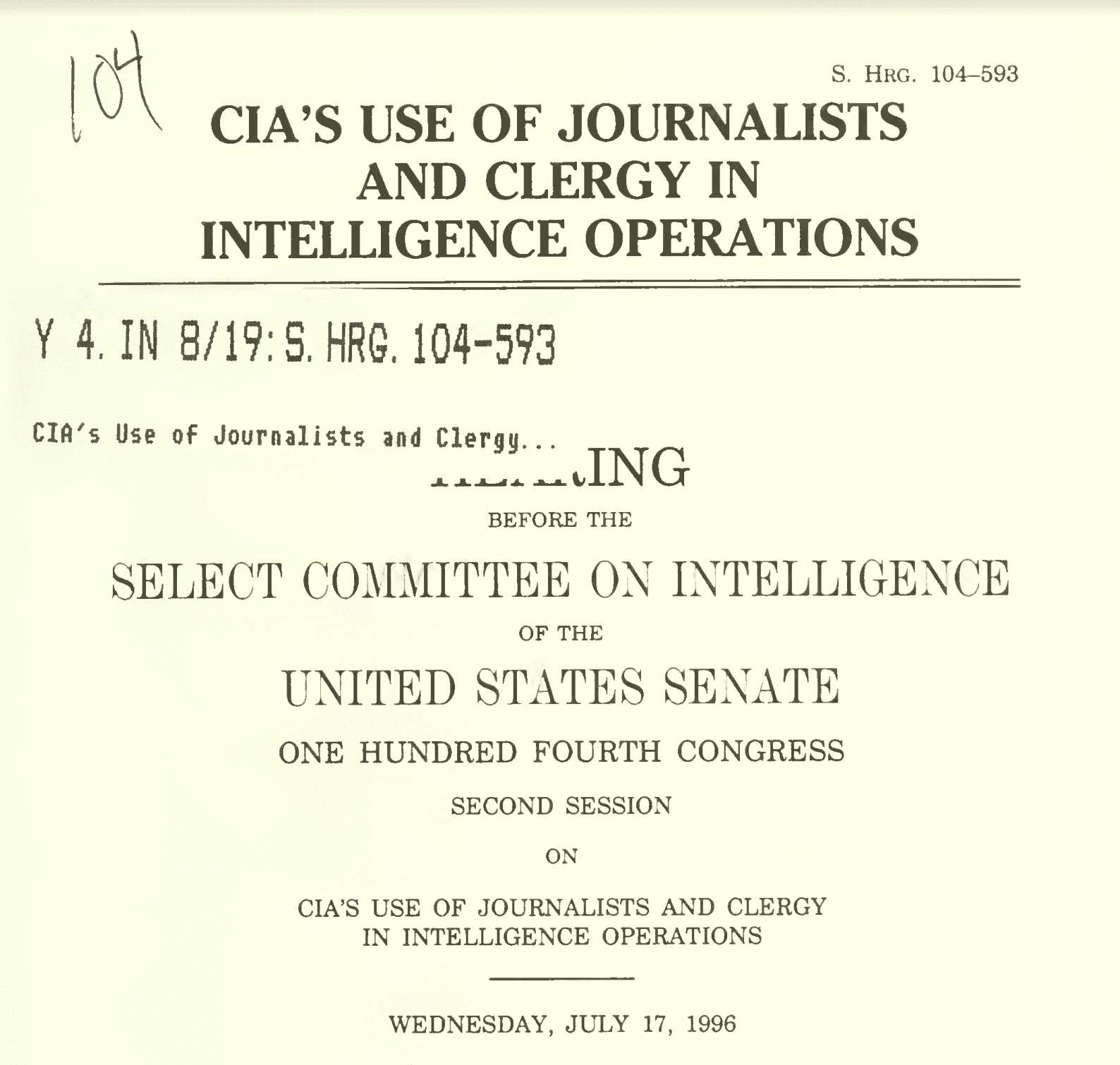 Among the committee’s findings:

The 16-month investigation, which included 126 committee meetings, 40 subcommittee hearings, 150 staff members, and 800 witness interviews, uncovered shocking facts and intelligence operations that had been unknown to both Congress and the public:

We need a Church commission of a few honest men and women. Almost impossible to find in a absolute corrupt state of DC.

Don't forget to like SonsOfLibertyMedia.com on Facebook and Twitter.
The opinions expressed in each article are the opinions of the author alone and do not necessarily reflect those of SonsOfLibertyMedia.com.
Previous Post:
Carol Lessons To Share (Video)
Next Post:
Department of Injustice Suing Arizona for Protecting Border from Further Invasion – This is Treason