Beware of This One!

“And many false prophets shall rise, and shall deceive many.” -Matthew 24:11

Yesterday, when I finished up my radio show in Minneapolis, we all packed up and moved on to do a couple of events in the great State of Michigan, which required a 13-hour trip driven straight through.  We arrived at 3:30 a.m.

On the way, and knowing all the while that I have to stay on my game by keeping up with current events (1 Chronicles 12:32), I came across a video that was sent to me. This video that was sent to me was to be a word of prophecy with the headline “You Don’t Need To Fight.” I had my son turn it on and within 1 minute of listening, I was utterly appalled by the biblical ignorance being spewed by this self-proclaimed prophetess of the Lord.

She started out talking about how the Lord woke her up with a song that was running through her head. She then went on to tell her followers that the Lord is saying that the Church does not need to fight. 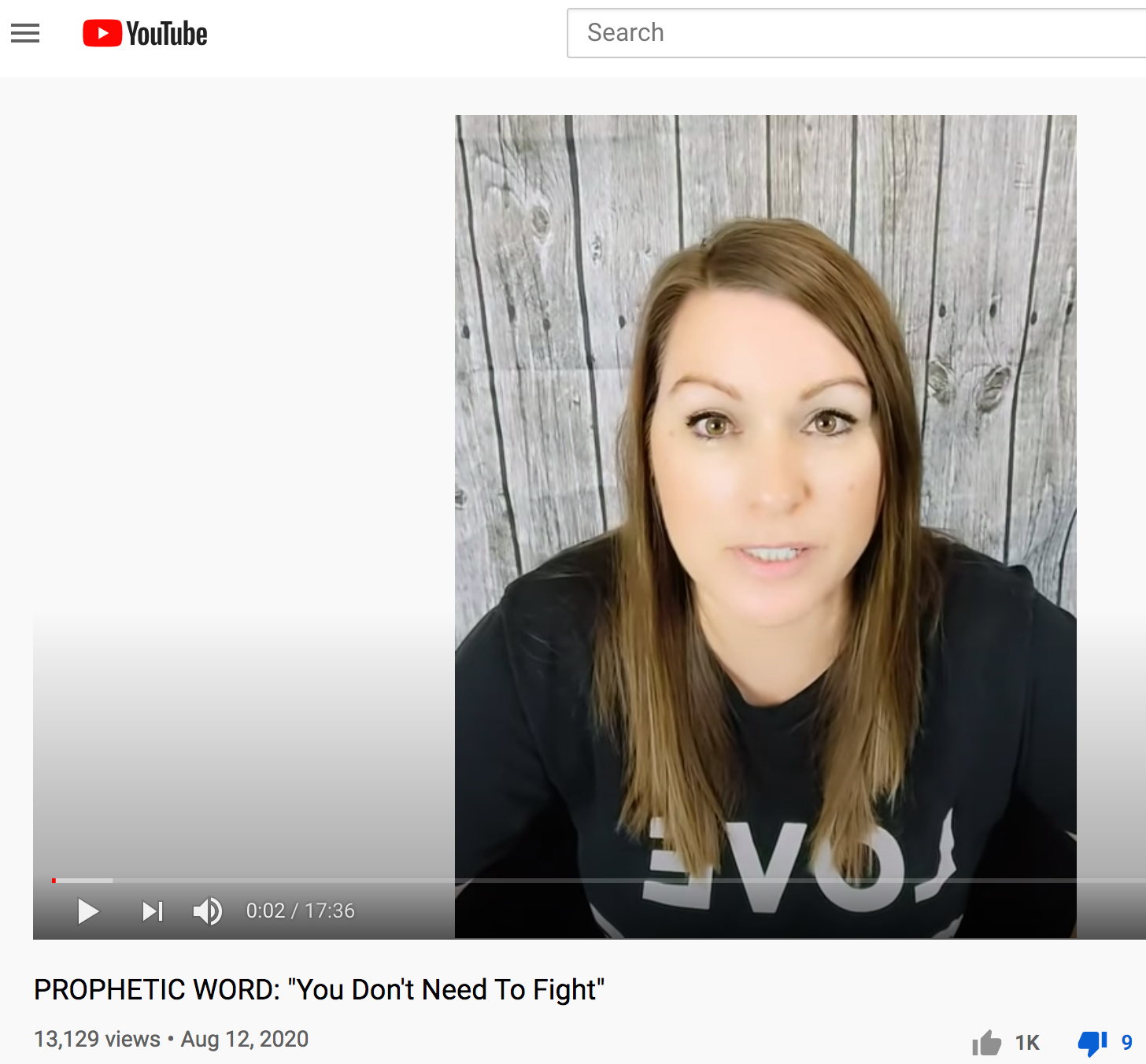 Wow, really? I could not believe the degree of ignorance of not only the Word of God but also the lack of common sense (Hosea 4:6). Friends, this is the problem with the American Church because she has turned in the day of battle (Psalm 78:9).  She now wanted everyone that would listen to her to do the same thing that she is doing.  I could not let this go.  Therefore, I wrote my comments to make others aware of this heretic in the comment section.

I wrote….“I don’t know what version of the Bible this lady is reading, but she might want to re-read her Bible and talk to our Founding Forefathers who stood side by side along with the Black Robed Regiment fighting, bleeding and dying for what we have here in America 244 years later concerning our freedoms. She needs a good lesson in our history before saying such heretical things.

And she is saying that the Lord said that you don’t need to fight?

Over the last six decades, the up and coming generations in public schools have been illegally indoctrinated by the federal government and again the Church remains silent and apathetic.

And she is saying that the Lord said you don’t need to fight?

The Church has even gone so far as to drop their kids off at the front gates of these public schools.

Corruption in politics, as well, is a direct reflection of the people in this country starting with the Church (Matthew 5:14).

THIS HERETIC RIGHT HERE is a prime example of why women are supposed to remain silent in the Church (1 Corinthians 14:34) and learn from their husbands at home. Remember that it was the woman that was deceived (1 Timothy 2:14).

Of course, someone is going to come behind my post and attempt to justify what it is that is unjustifiable and say, “So God can’t use women to be witness to others?”

This only shows you the biblical knowledge of those who listen to such a heretic (John 7:17).

In order to shut this conversation down with the scripturally unlearned and with no gainsay, all we had to ask this person was “What does Scripture say?”  Of course, there was no reply.

In conclusion, I would ask, does this sound like what the Lord describes when describing a false prophet?

And the word of the LORD came unto me, saying, Son of man, prophesy against the prophets of Israel that prophesy, and say thou unto them that prophesy out of their own hearts, Hear ye the word of the LORD; Thus saith the Lord GOD; Woe unto the foolish prophets, that follow their own spirit, and have seen nothing! O Israel, thy prophets are like the foxes in the deserts. Ye have not gone up into the gaps, neither made up the hedge for the house of Israel to stand in the battle in the day of the LORD. They have seen vanity and lying divination, saying, The LORD saith: and the LORD hath not sent them: and they have made others to hope that they would confirm the word. -Ezekiel 13

Don't forget to like SonsOfLibertyMedia.com on Facebook, Google+, & Twitter.
The opinions expressed in each article are the opinions of the author alone and do not necessarily reflect those of SonsOfLibertyMedia.com.
Previous Post:
Joe Biden on Gun Control: Understanding Biden’s 2020 Platform & the Second Amendment
Next Post:
FBI MUELLER LAWYER GUILTY PLEA: FBI Withheld Carter Page’s CIA Work From FISA Court, Then Lied About It