Big Tech Colluding To Shut Down Independent Media: Keeping You Up To Speed With The Illegalities Of The Censorship Of Free Speech

“The deep state, as it is called, is nothing more than just a straw-man to blame when, in fact, it is the politicians doing the biddings of special interest groups that are implementing that which is illegal (Romans 3:20)”

Free speech has been rightly called the bulwark against tyranny (Ephesians 5:11).

President George Washington stated: “If the freedom of speech is taken away than dumb and silent we may be led, like sheep to the slaughter.”

Interestingly enough, it is exactly what is happening today and that with our own government’s approval.  What’s worse is this is how they are getting away with much of what they are a part of doing.

The third installment of the “Twitter Files” was released on Friday evening, and it vindicates everything independent media outlets have been saying for years.

According to the documents, every single Big Tech giant is colluding with the ‘Deep State’ to eliminate independent media outlets and free thinkers from their platforms.

This is a huge release.

It also happens to coincide with the Missouri and Louisiana lawsuit with plaintiff Jim Hoft from The Gateway Pundit on government and social media collusion to silence conservative voices in America today.

This is really BIG NEWS! 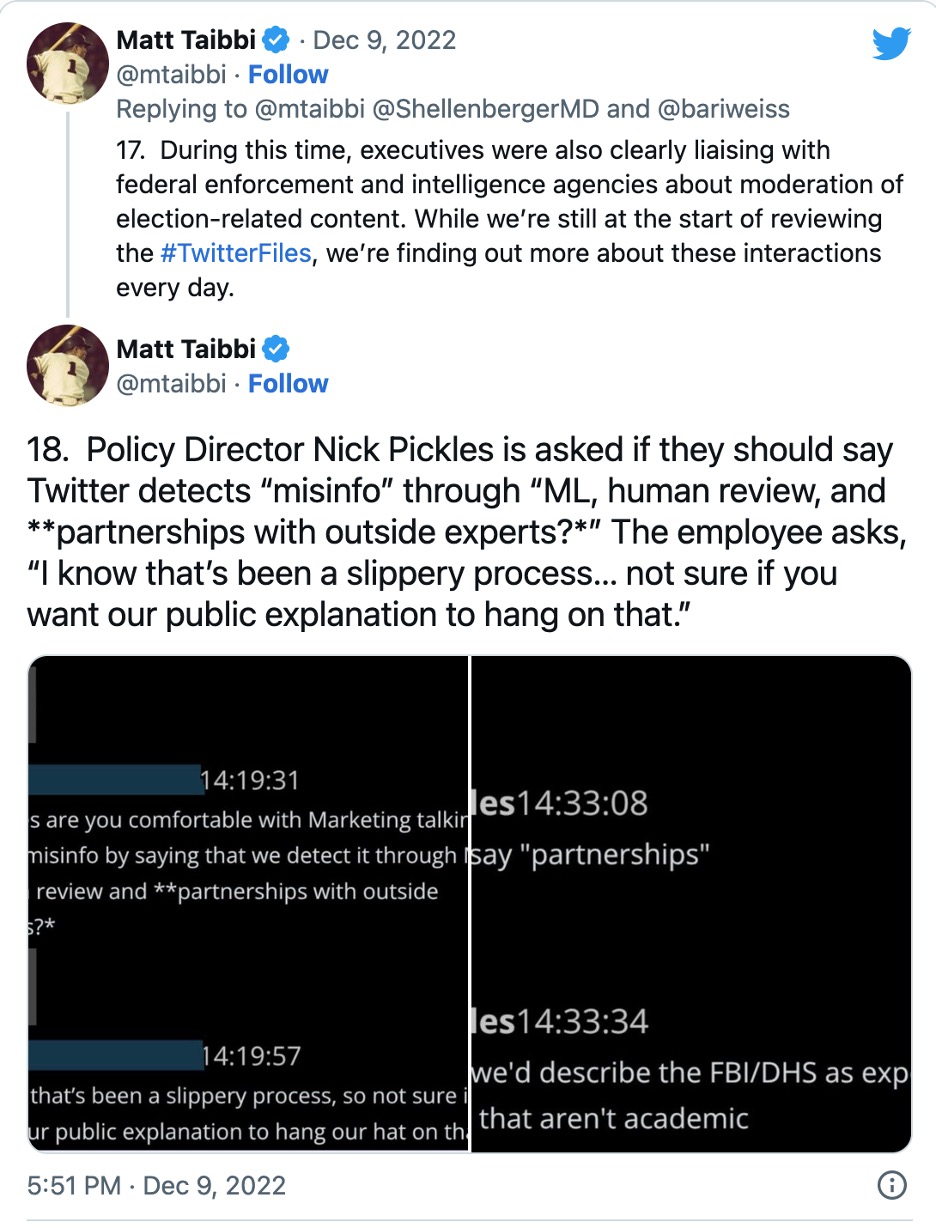 In conclusion: I know that the people are always looking for a straw-man and when it comes to what they call the deep state, it does not exist. The deep state, as it is called, is nothing more than just a straw-man to blame when, in fact, it is the politicians doing the biddings of special interest groups that are implementing that which is illegal (Romans 3:20). Deal with the corrupt politicians and this will all come tumbling down (Psalm 94:16).

Don't forget to like SonsOfLibertyMedia.com on Facebook and Twitter.
The opinions expressed in each article are the opinions of the author alone and do not necessarily reflect those of SonsOfLibertyMedia.com.
Previous Post:
Operation Chokepoint 2.0: The Unlawful Blocking Of Firearms Purchases (Video)
Next Post:
5 Global Flashpoints Which Could Absolutely Explode During The Early Stages Of 2023