Michael DeLeon may not realize it, but he is “attacking” fentanyl head on and is the terminator.

Approximately ten (10) years ago, I met Michael DeLeon, founder of Steered Straight, an organization to educate youth on the dangers of drug use.  As time went on, it became evident to me that DeLeon did not just talk the talk — he had walked the walk.  Over the years, Steered Straight evolved into traveling throughout the country speaking at middle schools, high schools, prisons and law enforcement facilities almost 365 days a year on the dangers of drug use, vaping and now fentanyl.  DeLeon doesn’t flood social media with “tell me your story”, “paint your dead loved one’s name on a rock”, or fight over “photo billboards.”  He reaches our young people, educators, administrators and law enforcement on education and prevention to warn them of drugs, vaping and fentanyl. 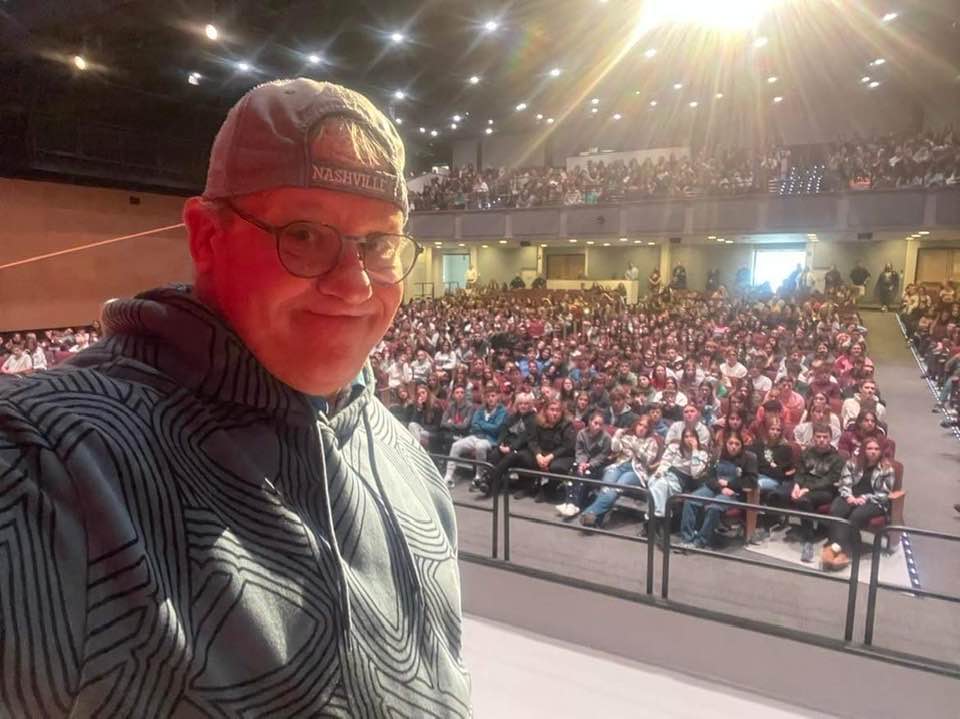 Michael is my go to person if I have any questions or need clarification on drug/fentanyl issues.  He is a treasure trove of valuable information.  Not long ago, I suggested that he post testimonials/experiences involving young people on social media regarding the impact he made talking with students.  This is just one experience he had interacting with students at a school.  It speaks volumes for education and prevention:

“What an amazing speech!  I learned so much from what Michael had to say!  He talked about how toxic drugs and alcohol are to the human body, their mind, and their entire life.  He taught me how someone’s entire purpose in life can be completely destroyed from making one, or many, wrong decisions throughout life.  It shocked me that many people he knew personally had gone to the complete extreme and could not be helped.  His life’s story was devastating, and yet, inspiring.  The fact that a person could come out of that and decide to help others not go along the same path he did extraordinary.  The fact that a person could reach children and teenagers at an age before anything got too serious is amazing.  I find it inspiring that he realized the horrible things he was doing to himself and others, then deciding to give back to the world.”

This was from Michael and was sent to me in an email:

“Today was one of those days – when as I’m driving to the next city, the next state, – I truly realize just how much of an impact we are actually having!!! The kids who literally lined up to talk, ask for help, cry, hug me – was unbelievable!!!!! The feedback from kids this evening is priceless!!!

Several years ago, I had the good fortune of meeting a man from Pennsylvania named Dan Bailey who is part of an organization called Vision Ministries “Just One” educational program on the fentanyl crisis. They have presented to junior-senior high school students, teachers and administrators, at three churches, and for a Veteran’s Group. If you would like a presentation of “Just One” for your organization in Pennsylvania AT NO COST. It is one hour long and may just save one life. Vision Ministries, 109 N. Mercer Street, New Castle, PA 16105 Dan Bailey, Vice President (724) 657-7466.

It is my privilege to know both Michael DeLeon and Dan Bailey and to support their efforts at “attacking fentanyl.” We have enough “awareness” especially directed to elected officials who have allowed this fentanyl crisis to destroy young lives by remaining silent and not being outraged. This includes the POTUS who has only spoken the word “fentanyl” two or three times since the open borders allowed over 5 million illegal migrants into the U.S. destroying lives.

Enough with awareness — show outrage and attack the fentanyl crisis head on with education and prevention. Politicians will not do it for you — nor will photo ops with them do it for you. They have fueled the fentanyl death toll by their silence in not protesting open borders.

Michael DeLeon may not realize it, but he is “attacking” fentanyl head on and is the terminator.  I am proud to know him.

Don't forget to like SonsOfLibertyMedia.com on Facebook and Twitter.
The opinions expressed in each article are the opinions of the author alone and do not necessarily reflect those of SonsOfLibertyMedia.com.
Previous Post:
Plus Eiusdem: Trump’s Duplicity; Israel Is Above The Law; Most Christians Are More Loyal To Their Political Views Than Their Faith
Next Post:
Bluffing Their Way to an Article V Convention – Part 1: Validation Schemes