This is becoming more common in the news, at least the news that is not controlled by the CIA’s Operation Mockingbird.  Another highly decorated police officer from Maryland, who is also an Army National Guardsman that was poking people with the genocide jab, has pleaded guilty to possession of over 12,000 depictions of child pornography, many included infants and toddlers.

The US Department of Justice reported:

According to his guilty plea, from September 2020 to January 2021, while employed as a Rockville Police Officer and an Army National Guardsman, Morozewicz received, possessed, and distributed child pornography on the BitTorrent file sharing network.  Morozewicz also used multiple electronic devices to download and distribute child pornography involving prepubescent minors.

Multiple electronic devices were seized in connection the warrants executed at Morozewicz’s residence and in his vehicle.  A forensic examination of Morozewicz’s devices revealed that he possessed over 12,300 depictions of child pornography and erotica, including over 200 depicts involving the sexual abuse of infants and toddlers, and over 90 child pornographic images involving sado-masochistic conduct.

Morozewicz faces a maximum sentence of 20 years in prison followed by up to lifetime of supervised release for possession of child pornography.   U.S. District Judge Stephanie A. Gallagher has scheduled sentencing for September 8, 2022, at 11:00 a.m.

This case was brought as part of Project Safe Childhood, a nationwide initiative launched in May 2006 by the Department of Justice to combat the growing epidemic of child sexual exploitation and abuse.  Led by the United States Attorney’s Offices and the Criminal Division’s Child Exploitation and Obscenity Section, Project Safe Childhood marshals federal, state, and local resources to locate, apprehend, and prosecute individuals who sexually exploit children, and to identify and rescue victims.

Somehow, they can seem to get this guy, but they won’t get those exploiting children at Drag Queen Story Times, or dancing in perverts dancing in front of little children.

Or worse yet, having little children dance suggestively before adult sodomites…

So, how about it DOJ?  These are documented perverts preying on children in the open and you have all the evidence, on video in many cases, that you need to make an arrest and you are silent.  In fact, the current illegitimate administration actually promotes it via the sniffer-in-chief!

Matt Agorist also informs us that this isn’t a few bad apples doing this.

As TFTP has reported, a study exposed the startling fact that police officers are arrested about 1,100 times a year, or roughly three officers charged every day. Many of these arrests are over unspeakable sex crimes.

“Police crimes are not uncommon,” the study’s lead researcher Philip M. Stinson concluded. “Our data directly contradicts some of the prevailing assumptions and the proposition that only a small group of rotten apples perpetrate the vast majority of police crime.” Although nearly 60 percent of the crimes “occurred when the officer was technically off-duty,” Stinson wrote, “a significant portion of these so-called off-duty crimes also lies within the context of police work and the perpetrator’s role as a police officer, including instances where off-duty officers flash a badge, an official weapon, or otherwise use their power, authority, and the respect afforded to them as a means to commit crime.”

According to a report from WaPo, in cases involving allegations of sexual abuse, 72 percent of the officers were fired, and more than 80 percent resulted in convictions, the study found. There were 422 reported cases of forcible and statutory rape, 352 cases of forcible fondling and 94 sodomy cases over the seven years of the study, which Stinson called “larger than expected based on the existing research.” The data search turned up 174 examples of male officers arrested in cases of “Driving While Female,” in which women drivers were harassed or assaulted. About 82 percent of those cases ended in convictions.

A separate study as reported by the AP in 2015 found similarly shocking numbers.

The probe revealed that 550 officers were decertified for various sexual assaults, including rape. Some were dismissed for sodomy or sexual shakedowns, where victims were forced to perform sexual acts to avoid arrest.

A further 440 officers lost their jobs for other sex-related offenses, such as possessing child pornography, being a peeping Tom, sending sexually charged messages to underage teens or having sex while on duty.

About one-third of the officers lost their jobs for committing sexual offenses against children. Even more shocking is the fact that every one of these studies indicates that most of the cases go unreported because the victims are scared to report the officers to their own departments.

Don't forget to like SonsOfLibertyMedia.com on Facebook and Twitter.
The opinions expressed in each article are the opinions of the author alone and do not necessarily reflect those of SonsOfLibertyMedia.com.
Previous Post:
Pizza Hut Follows Right Behind State Farm – Promotes “Drag Kids” Book To Kindergartners #BoycottPizzaHut
Next Post:
Another Attack On Food? Washington Grain Silo & Feed Store Destroyed In Ball Of Fire – Second Major Fire In Town In 1 Year (Video) 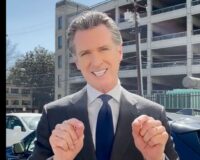