With all of the talk about the arrest of billionaire pedophile Jeffrey Epstein…. again, there is much talk about his ties to the Clinton’s and rightly so.  However, does anyone remember that shortly after attorney Alexander Acosta gave Epstein a sweetheart deal that ultimately ended with him barely serving any time and walking free, Acosta was made President Donald Trump’s Labor Secretary?  Yes, that’s exactly right.  And before you say Trump had nothing to do with Epstein.  Let me just remind you of this… 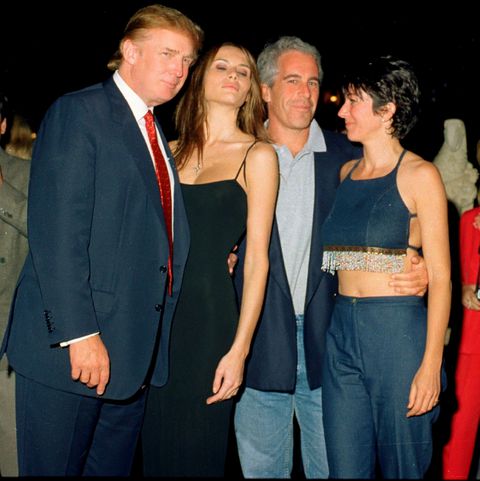 The news this weekend and at the start of the week today has been about Epstein’s arrest, but the question that should be asked is why was he free in the first place?

In February, I reported that a federal judge ruled that prosecutors who worked under former Miami US Attorney Alex Acosta, who is now President Donald Trump’s Labor Secretary, broke the law when handling convicted pedophile Jeffrey Epstein’s case.

While the decision marks a victory for crime victims, the federal judge, Kenneth A. Marra, stopped short of overturning Epstein’s plea deal, or issuing an order resolving the case. He instead gave federal prosecutors 15 days to confer with Epstein’s victims and their attorneys to come up with a settlement. The victims did not seek money or damages as part of the suit.

It’s not clear whether the victims, now in their late 20s and early 30s, can, as part of the settlement, demand that the government prosecute Epstein. But others are calling on the Justice Department to take a new look at the case in the wake of the judge’s ruling.

“As a legal matter, the non-prosecution agreement entered into by the U.S. Attorney’s Office in the Southern District of Florida does not bind other U.S. Attorneys in other districts. They are free, if they conclude it is appropriate to do so, to bring criminal actions against Mr. Epstein and his co-conspirators,’’ said lawyer David Boies, representing two of Epstein’s victims who claim they were trafficked by Epstein in New York and other areas of the country.

The report went on to point out:

Marra, in a 33-page opinion, said prosecutors not only violated the Crime Victims’ Rights Act by not informing the victims, they also misled the girls into believing that the FBI’s sex trafficking case against Epstein was still ongoing — when in fact, prosecutors had secretly closed it after sealing the plea bargain from the public record.

And just so people who want to excuse President Trump’s affiliations from Epstein, I offer this from The Daily Wire.

It took the media a while, but they finally caught wind of the deal that Epstein received from the feds, not under the usurper, Barack Hussein Obama Soetoro Sobarkah, but under the Trump administration, and they began reporting it.

In May, the Federal Bureau of Investigation released a trove of documents from an investigation into billionaire hedge fund manager and convicted pedophile Jeffrey Epstein, and one of the most notable revelations is that he appears to have worked as an FBI informant, in exchange for a lenient sentence.

That’s the FBI under President Trump.  Not a word of “fake news.”

In the month prior, Secretary of Labor Alexander Acosta appeared before a budget appropriations subcommittee to testify about the effectiveness of the Labor Department’s 2020 budget which calls for a 10 percent cut in programs affecting millions of workers. When it came time for Acosta to testify whether or not he could safeguard children from illegal labor practices and combat human trafficking, multiple lawmakers grilled him over the sweetheart deal he gave convicted billionaire pedophile Jeffery Epstein who is also suspected of running a massive child sex trafficking ring.

Now, I’m curious.  Does anyone think that Mr. Acosta’s actions in the Epstein case, which allowed a pedophile to walk free had anything at all to do with his appointment as Labor Secretary?

Don't forget to like SonsOfLibertyMedia.com on Facebook, Google+, & Twitter.
The opinions expressed in each article are the opinions of the author alone and do not necessarily reflect those of SonsOfLibertyMedia.com.
Previous Post:
Michigan: Undercover Cops Run Stop Sign Causing A Crash – Assault & Arrest Innocent Victim (Video)
Next Post:
Another Speculation On What The Russian Submarine Was Carrying – A Cobalt Thermonuclear Bomb