If you had been holding out any hope of your favorite social media sites ever returning to a spirit of equality toward conservatives, GIVE IT UP!

Social media is a rigged game and here is just more proof. 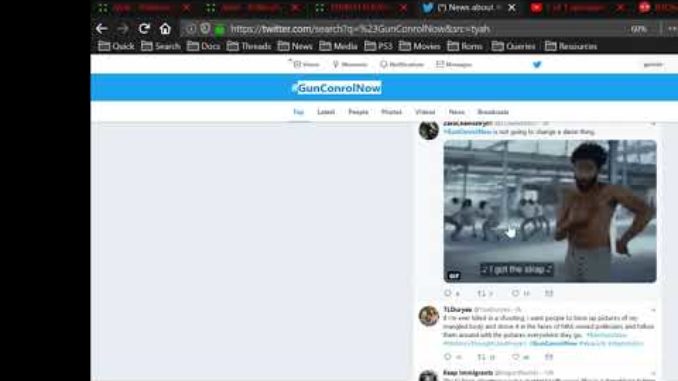 Here are a couple of comments from the thread that can be seen here.

It was archived rather quickly, so there weren’t a lot of comments.

1.  are there any actual people on twitter besides celebrities and our president?

2. there’s an autofill feature.
not saying it’s not legit and there probably is heavy bot shit going on after stuff like this, and probably even with that hashtag
but twitter gives you recommended hashtags after the first couple of letters and a bunch of people probably were just lazy, didn’t notice the typo, and just hit down+enter

Have you ever noticed that some people (like #2) can never admit that anything conspiratorial or abnormal happens?

You can give them strong evidence and they still want to argue that there is a logical explanation.

More than likely it was a libtard trying to cover up the scam.

If people were so lazy that they used autofill (possible) then why wasn’t the correct spelling trending as well?

…because not EVERYONE is that damn lazy.

Here’s a video that shows #g\GunConrolNow trending in real-time.

He uncovered a really big Twitter scam while still in office.

So what do you think?

Was it just that “GunConrolNow” trended because people were in a hurry and used the autofill feature?

Social media is rigged and conservatives won’t be taking it back anytime soon.

Don't forget to like SonsOfLibertyMedia.com on Facebook and Twitter.
The opinions expressed in each article are the opinions of the author alone and do not necessarily reflect those of SonsOfLibertyMedia.com.
Previous Post:
Senator Rand Paul Declares The Tea Party Dead – And He’s Right – Here’s Why
Next Post:
CNN Host Forces Kamala Harris Admit Her Evil Plan For You In Her Healthcare Plan If She Becomes President