FBI to Americans regarding Redacted 911 Transcript Orlando Shooter: “You Can’t Handle the Truth”

It appears that the Federal Bureau of Investigation thinks that Americans are too childish and unable to handle the truth concerning the reality of Omar Mateen’s 911 call. They have redacted section of the call and refused to release the full audio and transcript of the phone conversation.

More than 29 minutes of conversations have been very briefly summarized. However, in a free country, why redact this information? Why keep it from the public?

One thing we do know, not one word of the FBI’s summary indicates comments that Mateen may have made of his hatred of the sodomite community, even though his wife claims he was a sodomite. Personally, I think if that is the case, then wouldn’t it be more in line with previous sodomites and Muslims who have engaged in self-inflicted crimes and cry victim?

On Monday morning, assistant special agent in charge of the FBI’s Tampa field office, Ron Hopper, said that the while “the audio is compelling,” the agency would not release the full audio or transcript because they believed it would only glorify Mateen and encourage other jihadists to engage in the same activity.

Pressed by reporters as to why the transcript released on Monday was partial, and edited, Hopper seemed to refer to Mateen’s words about the other attackers.

“Part of the redacting is meant to not give credence to individuals who have done terrorist attacks in the past,” he said, “we’re not going to propagate their rhetoric, their violent rhetoric, and we see no value in putting those individuals’ names back out there.”

“We’re trying to prevent future acts from happening, again,” he continued, “and for cowards like this one, people like that influence them, so we are not going to continue to put their names out front.”

So, were there other attackers? Are there more waiting in the wings? My guess is that is probably the case. As Michael DePinto points out, there are a number of reasons to question the official story we are getting from those investigating it, and a number of important things that the public at large were unaware of that took place while attention was diverted to the Orlando shooting.

Of course, all this omitting of information to the public was mocked by plenty of conservatives on Twitter.

@JonahNRO Stop it! You're demonizing the whole omitted, not a perversion of omitted.

"Hello 911?"
"What's your emergency"
"The guy next to me on the plane keeps talking about omitted."#SeeSomethingSaySomething

This administration should be c[omitted].

Redacting the transcript is exactly what [omitted] wants.

So, they released the 911 call for the damn gorilla debacle but won't release ISIS audio? We are so [omitted].

We've always been at war with [omitted].

The Black Flag of Omitted pic.twitter.com/UecaIOrgpA

Below: Omitted, the nefarious, shadowy leader of Omitted pic.twitter.com/e05ZuONhsk

Don't forget to like SonsOfLibertyMedia.com on Facebook and Twitter.
The opinions expressed in each article are the opinions of the author alone and do not necessarily reflect those of SonsOfLibertyMedia.com.
Previous Post:
“Hillary for Prison” – Message Boards Targeted by Hackers
Next Post:
ISIS Ties Man To A Cross And Stabs Him Through The Heart In Ritual Human Sacrifice To Allah Just Like The Aztecs Did In Mexico 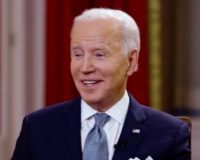