Herb Brooks And The 1980 USA Olympic Hockey Team Beat The Russians! Their Secret?…

We must learn to live together as brothers or perish together as fools. –Martin Luther King Jr.

A couple of weeks ago, I was speaking to an individual who was born and raised in the deep south of Mississippi.  The man was 40 years old. I asked him about racial divisions, which according to the “State-controlled media” must be completely out of hand. He answered with; “I have never seen any racial issues in Mississippi my entire life.” He went on to say that he was not a political guy and that the only people that he seen who were feeding into this narrative, was the media on both sides.  He is exactly right on.

Let me take you back in time a bit to give you a parable to better explain my point. (Matthew 13:34)

Do you remember back in 1979 when the Russians took to playing the best that the National Hockey League in America had? The Russians beat them 6-0, an embarrassment to America and the league no doubt.

The Russians schooled and drove out the arrogance of the NHL because each player on the NHL was playing the one-man show, rather than being apart of a team to win the game.  (1 Corinthians 10:12)

A year later, a man by the name of Herb Brooks was called upon to train the very young American team to be apart of the Olympics.  Herb Brooks knew that the team to beat was going to be the Russians.  He also knew, that the only way to beat the Russians as he put it, “Was to take their game and shove it right back in their face.”  He was right.

The Russians were extremely disciplined and unified.

Therefore, Herb knew that he had to unify his team members to the level of expectation in order to win (Acts 17:26; Ephesians 4:5).

During practices, Herb Brooks would push his team to exhaustion over and over again.  Not only was he disciplining them to be great players, but he was also trying to instill in them the higher purpose of being a part of something greater than themselves. He would continuously ask his players as to whom they played for?  When they were asked individually, they would respond with their names and their team name and state that they played for before joining the Olympic team. Not quite getting what he was going for, he continuously pushed them to end of their strength.

Over and over again Herb would ask the players who do you play for? And again, the answer would be their names, their team name and team state, until finally one day, a player finally figured out the key to success with Herb Brooks, who do you play for Herb asked?

The player shouted out his name and then said, that he played for The United States of America. BINGO!  Herb Brooks understood what it was going to take for his team to win. He was constantly educating them and training them, which at length unified them for the task ahead.  If they were not unified, they would be demolished on the ice by every team they played. (Matthew 12:22-28)

Let me ask you, who do you play for? Americans have been indoctrinated to answer the same question with:

Remember, this is a lack of unity and breeds the old “Divide and conquer” (Mark 3:25).

If this is how you answer who you are, you are caught up in the divisive games that your enemies intend to use against you and your country.  Our enemies, America, are attempting to divide and to conquer to weaken us and our country, so at the end of the day, we will be easily conquered.

I personally am homegrown in the USA, though when looking to my family lineage, I see that I have ancestors from many different countries, and when they decided to come to America, they came to the welcome realization that they were no longer citizens of other countries, but now were full-fledged Americans under the God of Abraham, Isaac, and Jacob. The God of our Lord and Savior Jesus Christ, this is what unifies us (Ephesians 4:5).

Don't forget to like SonsOfLibertyMedia.com on Facebook, Google+, & Twitter.
The opinions expressed in each article are the opinions of the author alone and do not necessarily reflect those of SonsOfLibertyMedia.com.
Previous Post:
Here’s the Antidote to Evil Mass Shootings
Next Post:
Delvonn Heckard: Man Who Accused Seattle Mayor of Sexually Abusing Him Found Dead In Motel Room 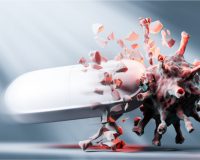