As more documents are uncovered in the October 1, 2017 Las Vegas shooting that led ultimately to the Trump administration violating the Constitution with what can only be deemed as an “ex post facto” law concerning the banning of bump stocks, we are hearing from individuals in police reports that previously had not come to light in mainstream media reporting.  In a document dated 10-5-2017, an eyewitness, who refers to himself as an “avid hunter” claims that he not only believes that there was at least one shooter on the ground, but also believe that a large caliber weapon was used, possibly a .50 caliber rifle.

The survivor of the Route 91 Harvest Music Festival attack spoke with Federal Bureau of Investigation agents that he believed the official story was “B.S.”, which most of us do too.

The unnamed survivor also communicated that he believed there was a “big cover-up by law enforcement” because he claims that “he witnessed large holes being blown through them [victims] by what he believes is a large caliber weapon.” 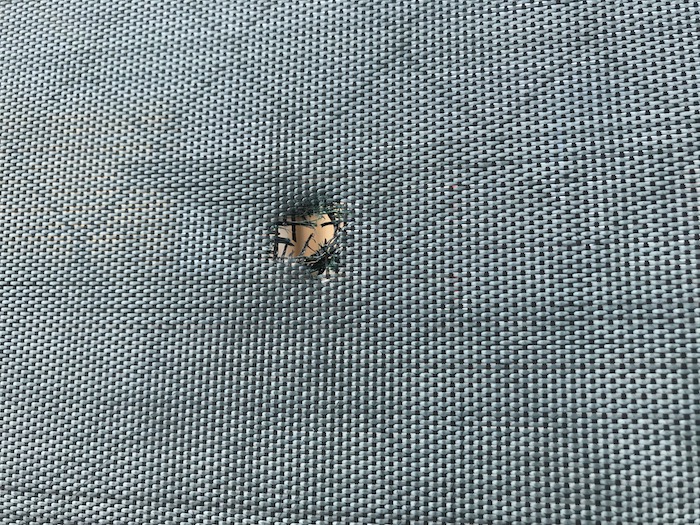 Fence by Gate 5 of the Route 91 Music Festival where 58 people lost their lives on the night of October 1, 2017. (Shepard Ambellas/Intellihub)

The brief report also claims that this eyewitness described himself as an “avid hunter” who “owns semi-automatic weapons.”

He indicated that he would believe the story if law enforcement came out and said there was a .50 caliber rifle that was used.

However, he also indicated that, in his opinion, there was a shooter on the ground during the attack “based on the trajectory of the bullets.”

Yet, this eyewitness did not see anyone actually shooting.

That’s not uncommon as we have covered several videos of what seems to be shooters on the ground.

Here’s the report document, courtesy of Shepard Ambellas at Intellihub. 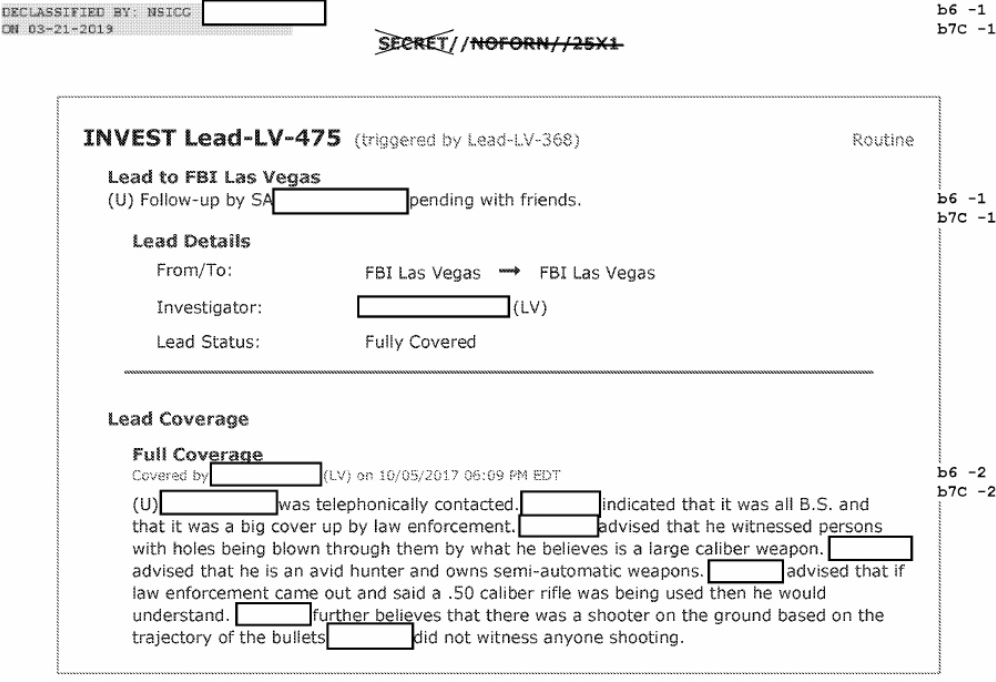 Additionally, we recently reported that police reports of eyewitnesses confirmed that they saw five Middle Eastern Men dressed in black walking in single file the night of the shooting, and one of the men had an AR-15 strapped to his shoulder.

What else have we not been told that authorities kept silent about?

Don't forget to like SonsOfLibertyMedia.com on Facebook and Twitter.
The opinions expressed in each article are the opinions of the author alone and do not necessarily reflect those of SonsOfLibertyMedia.com.
Previous Post:
Trump Proposes Deporting Millions Of Illegal Alien Invaders Using Insurrection Act
Next Post:
Alabama: Court Forces Child Rape Survivor to Allow Her Rapist to Visit Children She Had Out of Rape