And this is what President Donald Trump, along with the usurper of the White House, Barack Hussein Obama Soetoro Sobarkah, advocates as something to be proud of, homosexuality.  While not all those who engage in homosexuality do this, what they are doing is a crime against nature, but it is clear that the Bible’s explanation that God has turned them over to a reprobate mind to dishonor themselves is true, and this story comes just in time to expose the depths of depravity of the LGBTQ crowd.  A couple of lesbians in Brazil, who had forcibly cut off the genitals of their nine-year-old son last year and carving a fake vagina in its place at home, murdered him by stabbing him to death.

“It was kind of a sex-change surgery. After removing the penis, they sewed the mutilated region and improvised a version of a female genital organ, making a cut in the groin,” said tutor Claudia Regina Carvalho.

Yes, this is something to celebrate, isn’t it America? 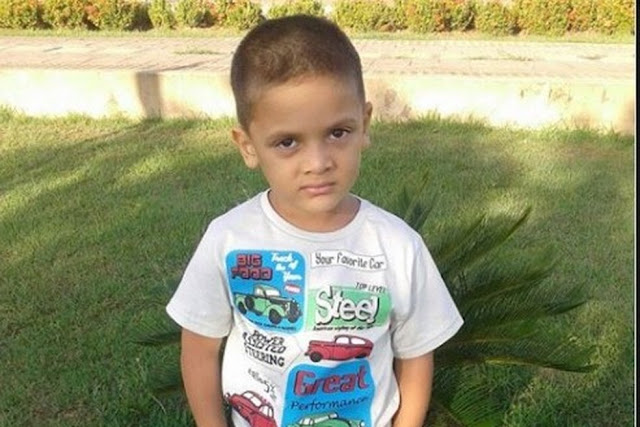 Police and Child Protective Services attempted to intervene, but the couple eluded them.  Who needs them?  Why weren’t men in the community dealing with these criminal women?  Did they have their genitals cut off too?

According to a report (translated into English):

Without any medical follow-up, the boy went through physical suffering that culminated a year later with the two lesbians killing Rhuan with knife blows while he slept.

Psychologists havetily asserted that the crime had no connection with homosexual behavior, called by the left of “sexual orientation.”

Curiously, when a crime case appears to indicate homosexuals as victims, psychologists are quick to point out that the alleged victims suffered because they were homosexual. When the case is negative for the homosexual image, they simply reject any homosexual connection.

Of course, they are going to cover for these reprobates.  This is why the Bible tells us the truth about them.  This is due to their behavior.  Why else would they mutilate an innocent helpless little boy?  It’s because they hated him and they hate their Creator (Romans 1:18ff).

Rhuan’s father had previously contacted Child Protective Services and the police after expressing concerns about the welfare of his son.

Rhuan’s father told the press, “We tried to save Rhuan. We published messages on the social media, we contacted police and the Child Protective Services. No one helped us.”

He should have simply tracked the boy down and saved him from these degenerates, and those in authority should have done their jobs.

The earlier report went on to state:

Rhuan’s father recorded an incident report immediately and told the Brazilian press that for five years he had sought his son, had obtained custody of him and sought the police and the Guardianship Council to assist him.

However, the cases in Brazil in which the Guardianship Council pursues fathers and mothers who educate their children at home in the educational choice called internationally homeschooling, totally legal and practiced in the United States and other advanced countries, are notorious. Even Russia gives parents the freedom to practice homeschooling.

The Guardianship Council relentlessly pursues these families, who are not cutting off their boys’ penises or killing them with knife blows, the way they should have pursued the two lesbians, but they have not.

The two lesbians practiced physical and psychological torture against the Rhuan boy, forcing him to reject his masculinity. As for the daughter of Kacyla, the girl has aversion to the male figure, because the two lesbians have convinced her that all men are aggressors and bad.

According to police, the two lesbians also planned to kill the girl, who witnessed their years of torture against her and her brother.

This is what is being promoted in American society today:  This is the same “normalization” and calling good evil and evil good, which President Donald Trump engaged in concerning presidential candidate and sodomite Pete Buttigieg and his “husband” some weeks ago.

When are people going to wake up to the dangers of the sodomite and lesbian community, not only to themselves, but to children and the rest of society.

By the way, this is not that uncommon.

Don't forget to like SonsOfLibertyMedia.com on Facebook and Twitter.
The opinions expressed in each article are the opinions of the author alone and do not necessarily reflect those of SonsOfLibertyMedia.com.
Previous Post:
Democrats Introduce Unconstitutional Bill To Allow Shooting Victims To Sue Gun Industry
Next Post:
US Pushes the False Flag Narrative Predicted Months Ago: Iran Blamed For Tanker Attacks

With America already going through the 10 stages of genocide, doctors warn we’re about to see one of the biggest die-offs of all time
November 28th, 2022 DC Clothesline

Whites, Go To The Back of the Bus: So Sayeth Stanford U Profs/Admins.
November 28th, 2022 Conservative Firing Line