It looks like Paul Pelosi, jr. is following in his mother’s high heels.  No doubt, he learned at the feet of his mother how to be corrupt and criminal.  Now, a shocking, new paper connects him to convicted criminals and fraudsters.  Like mother, like son.

The Daily Mail has the story.

EXCLUSIVE: Nancy Pelosi’s son Paul was involved in FIVE companies probed by the feds as shocking paper trail connects him to a slew of fraudsters and convicted criminals

By Josh Boswell For Dailymail.com, 16 January 2022

Nancy Pelosi’s son was involved in five companies probed by federal agencies – but has never been charged himself, a DailyMail.com investigation reveals.

His years-long repeated business dealings raise two troubling questions Nancy’s son has been unable to answer: why did he get mixed up with such unsavory characters over and over, and how involved was he with the criminal investigations into his fraudster colleagues?

Nancy Pelosi’s son, Paul Pelosi Jr. has connections to a host of fraudsters, rule-breakers and convicted criminals. His mother (pictured with husband Paul Pelosi and her son) once pledged to lead ‘the most honest, most open, most ethical Congress in history’

A DailyMail.com investigation can reveal that Paul, 52, was involved in five companies probed by federal agencies before, during or after his time there

A DailyMail.com investigation can reveal that Paul, 52, was involved in five companies probed by federal agencies before, during or after his time there

Pelosi Jr. has never been accused or charged with crimes relating to these cases.

House Speaker Nancy Pelosi has made millions from her stock market investments, including from companies she helps regulate.

Her wealth grew by an estimated $16.7 million in 2020, trading over $50million in assets and generating an annualized return of 69 percent that beat legendary investors like Warren Buffet and George Soros, according to Congressional disclosures.

Many of her outsized gains came from bets on big tech stocks like Google, Amazon and Apple – while DC insiders have accused the House Speaker of dragging her feet on reforms to rein in Silicon Valley.

The couple’s fortune is worth an estimated $100million, making Nancy one of the richest members of Congress.

Prominent fellow Democrats Alexandra Ocasio-Cortez and Elizabeth Warren have called for members of Congress to be barred from investing on Wall Street.

‘The access and influence we have should be exercised for the public interest, not our profit. It shouldn’t be legal for us to trade individual stock with the info we have,’ Ocasio-Cortez tweeted last month.

Nancy Pelosi told a reporter in December that she believed she and her colleagues ‘should be able to participate’ in trading because ‘we’re a free-market economy’, and denied any conflict of interest.

Reliance on tech stocks led the Pelosis to underperform in 2021, trailing the S&P500 by 15.5 percent, according to FinePrint.

But sources close to the Democrat power broker’s son – and even Pelosi Jr. himself – admit that some of his business dealings may have arisen from savvy entrepreneurs hiring him in an attempt to curry favor with his powerful family.

House Speaker Nancy Pelosi is unlikely to be comfortable with the string of convicted criminals and subjects of federal probes DailyMail.com has uncovered as her son’s business partners.

But despite all of his associations with criminals and alleged fraudsters, the powerful politician’s son has never been charged himself – and has tried to cultivate a squeaky-clean, green image.

Back in 2007, Pelosi Jr. was dubbed the ‘rising prince’ of the Pelosi political dynasty in a Men’s Vogue profile.

His mother, Nancy Pelosi, herself the child of a Maryland Democratic Congressman and Baltimore Mayor, had just ascended to Speaker of the House of Representatives. His father was a successful investor, and his cousin, current California Governor Gavin Newsom, was the mayor of San Francisco.

But Pelosi Jr. told the magazine he lived a spartan life, eating a six-egg omelet for breakfast, never turning on the heat or AC in his San Francisco apartment, taking care to not wash his clothes during peak energy consumption hours, and only using his old smart car – a hand-me-down from his parents – when the city’s electric bus wasn’t an option.

Though frugal, Pelosi Jr. certainly wasn’t strapped for cash in February 2007, he had just landed a $180,000 job as Senior Vice President at data company InfoUSA, despite already holding a full-time position as a home loan officer at Countrywide Home Loans in San Mateo and having no experience in database marketing.
Paul was president of an environmental investment firm that turned out to be a front for two convicted fraudsters, documents reveal

Paul was president of an environmental investment firm that turned out to be a front for two convicted fraudsters, documents reveal

The company was run by major Democrat donor Vinod Gupta, who had been embroiled in a criminal investigation by the Iowa Attorney General’s Office since 2004.

Investigators claimed that between 2001 and 2004 InfoUSA knowingly sold millions of consumers’ data to fraudsters who used the information to scam the elderly, stripping some of their life savings.

According to a 2007 New York Times report on the investigation, InfoUSA sold a list of 500,000 gamblers over age 55 called ‘Oldies but Goodies’, which described its members as ‘gullible’.

InfoUSA also sold lists of people with cancer or Alzheimer’s called ‘Suffering Seniors’, the Times reported. The data company denied their lists had such titles.

Iowa investigators found emails showing InfoUSA staff knew the firms they were selling to were being investigated for fraudulently targeting old people, but continued to sell the data regardless, the state’s AG said.

Gupta and InfoUSA cooperated with the Iowa investigation into the scammers and were not charged. The investigation was closed before Pelosi Jr. joined the company.

After the investigation was closed, the company said it had changed its practices, and that it ‘never characterized individuals on lists as ‘gullible.’ Nor does infoUSA compile lists entitled ‘Elderly Opportunity Seekers,’ ‘Suffering Seniors,’ or ‘Oldies But Goodies.’

Some believed Gupta appointed Pelosi Jr. to curry favor with his powerful mother, though Pelosi Jr. denied it at the time.

‘I don’t think that’s really what happens,’ he told news site NewsMax in 2007. ‘I don’t see it that way, but I could see why you’d ask the question… I guess you always wonder why somebody hires you, right?’

Don't forget to like SonsOfLibertyMedia.com on Facebook and Twitter.
The opinions expressed in each article are the opinions of the author alone and do not necessarily reflect those of SonsOfLibertyMedia.com.
Previous Post:
“Complete Lives System”: The Medical Caste System Infecting The US Today
Next Post:
Farming Insider Warns Coming Food Shortages Are Going To Be FAR WORSE Than We’ve Been Told 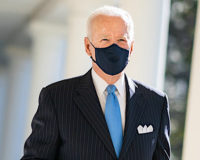