For decades now, federal government and their cohorts in law enforcement have been carrying out theft of the citizenry on a massive scale. We’re not talking about taxes, but an insidious power known as Civil Asset Forfeiture (CAF).

The 1980’s-era laws were designed to drain resources from powerful criminal organizations, but CAF has become a tool for law enforcement agencies across the U.S. to steal money and property from countless innocent people.

No criminal charge is required for this confiscation, resulting in easy inflows of cash for law enforcement departments and the proliferation of abuse. This phenomenon is known as “policing for profit.”

When police surpass the criminal accomplishments of those they claim to protect you from, there is a serious problem. We’ve seen horrible instances of criminal cops using this legal doctrine to rob everyone from grandmas to musicians, and in fact, we have even reported on cops stealing tens of thousands of dollars from an orphanage and a church. Seriously.

While we’ve reported on countless incidents of asset forfeiture over the years, it is rare that we find out where all this cash ends up. However, a report out of ProPublica and WBUR attempted to shine some light on where that money goes, and what they found was rather shocking.

The Boston Police department has been robbing citizens of their cash — many of whom were never accused of a crime — to buy surveillance technology off the books, to spy on citizens.

As their report points out, an August investigation by WBUR and ProPublica found that even if no criminal charges are brought, law enforcement almost always keeps the money and has few limitations on how it’s spent. Some departments benefit from both state and federal civil asset forfeiture. The police chiefs in Massachusetts have discretion over the money, and the public has virtually no way of knowing how the funds are used.

Boston cops have stolen so much money that they are secretly buying more expensive gear to seemingly get better at stealing money. According to the report:

[I]n 2019 the Boston Police Department bought the device known as a cell site simulator — and tapped a hidden pot of money that kept the purchase out of the public eye.A WBUR investigation with ProPublica found elected officials and the public were largely kept in the dark when Boston police spent $627,000 on this equipment by dipping into money seized in connection with alleged crimes.

Because this spy equipment was bought with funds stolen from citizens, not even the Boston city council knew police had it.

Boston city councilors interviewed by WBUR said they weren’t aware that the police had bought a cell site simulator. Councilor Ricardo Arroyo, who represents Mattapan, Hyde Park and Roslindale, said, “I couldn’t even tell you, and I don’t think anybody on the council can necessarily tell you … how these individual purchases are made.”

Only because ProPublica obtained the documents, does anyone know the department is using stingray devices to spy on citizens. So much for transparency.

For those who may be unaware, a “cell site simulator” or  stingray is a suitcase-sized device that mimics a cell phone tower, which allows it to gather locations and data of all nearby mobile phones. This violation of constitutional rights is usually justified under the “war on terror” meme, although government is finding increasingly diverse uses. 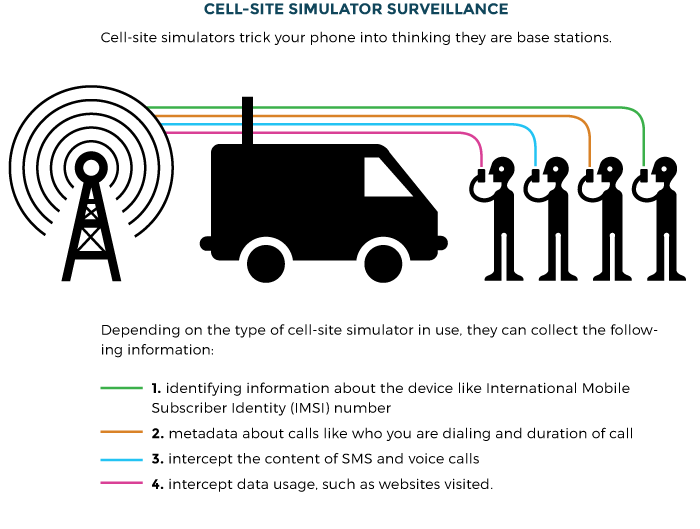 Although a search warrant is required to use these devices, courts often side with cops to allow their use under “exigent circumstances” so police rarely have to get a warrant. In fact, Boston went years without acquiring a single warrant.

The fact that the Boston PD is acquiring these constitutionally questionable devices and not even telling the city council that they have them is worrisome at best and criminal at most.

State Rep. Jay Livingstone, who represents parts of Boston and Cambridge, told WBUR that it is this kind of covert police spending is exactly why more oversight is needed.

“Police chiefs just have these slush funds they can do whatever they want with,” Livingstone said.

Cops using stolen money and secretly acquiring spy gear should shock most, unfortunately, however, it is not isolated to Boston. Last May TFTP reported on the Chicago PD’s use of stolen money to secretly purchase stingrays as well as spy drones.

“For a long time, law enforcement has been extremely secretive about their acquisition and use of this particular kind of technology,” Kade Crockford, who heads the Technology for Liberty program at the ACLU of Massachusetts said, adding that stingray technology is “extremely invasive.”

Currently, California is the only state with regulation in place to prevent departments from using money stolen through asset forfeiture to secretly acquire this spy tech. Predictably, however, it is not stopping them and a department in Vallejo was busted doing that very thing.

Don't forget to like SonsOfLibertyMedia.com on Facebook and Twitter.
The opinions expressed in each article are the opinions of the author alone and do not necessarily reflect those of SonsOfLibertyMedia.com.
Previous Post:
“Experts” Claim We Are All In Danger… Until We Comply – Therefore, RESIST Them!
Next Post:
Biden Wrecking Ball: Over 3 Million Jobs Lost Due To Employer Closures Or Lost Business