Let their cruelties swell the ranks… and they are swelling!

If you haven’t figured it out yet, there is no real thin blue line, including in Canada.  In text messages between the Canadian Gestapo known as the Royal Canadian Mounted Police, it should give you insight into what is really in these criminal traitors’ minds.

Take a look at some of these texts between members of the RCMP.

In response to the video of an elderly woman who called for peace and love being trampled, along with another protester, by RCMP thugs’ horses, one of these agents of the state said, “Wow” followed by another declaring, “That’s awesome.”   Still another wrote, “We only think we’re living the dream,” implying that they wish they were doing the same thing.  Yet, another added, “That’s what we need to do!”

Here’s the incident they are referencing.

Remember, these are those that say with their mouths that they are there to serve and protect the public, but in reality they are controlled and compromised men and women, just like in Nazi Germany that are nothing more than useful idiots; and when the tyrants are done with them, they’ll do away with them in the same manner they are doing to the peaceful protesters.

“Time for the protesters to hear our jackboots on the ground,” wrote one.

If only the protesters would arm up like their opposition!  I’ll bet there wouldn’t be all this tough talk.

Another even added, “…this is a kinder gentler RCMP.”

Then there is Andrew Nixon telling the Gestapo criminals “Don’t coward away when we’re needed.”  Coward away?  Hey, tough guy, cowards ride horses through crowds, armed and backed by tyrants against innocent, unarmed people who just happen to be their countrymen! Andrew Nixon and his ilk are the real cowards.  And yes, I said it.  Wanna come on The Sons of Liberty radio and challenge that assertion?  Click the contact button on SonsOfLibertyMedia.com and let me know… that is if you’re not a coward.

By the way, here’s some more of the RCMP’s treasonous and cowardly actions. This is an unarmed woman.

They even removed their badges and identification. Another sign of cowards, and cowards they are!

And let’s not forget their unprovoked attack and shooting of Rebel News reporter Alexa Lavoie at point blank range.  Yep, I’ll bet Andy’s kids must be proud of their treasonous dad.

Then, these agents of the state are treated as heroes and are obviously not the smartest bunch spelling heroes as hero’s.

Yeah, nothing but the best, paid for with the money made by the very people you are attacking and wishing to trample with horses and jackboots.

I hope this along with the numerous videos of police brutality that the man-child Justin Trudeau said he condemned once, but not is engaged in commanding is opening the people’s eyes to bring their A game at the next confrontation with these devils.

Remember when treasonous Justin took a knee against police brutality? Now, he’s commanding it! These are his Nazis. 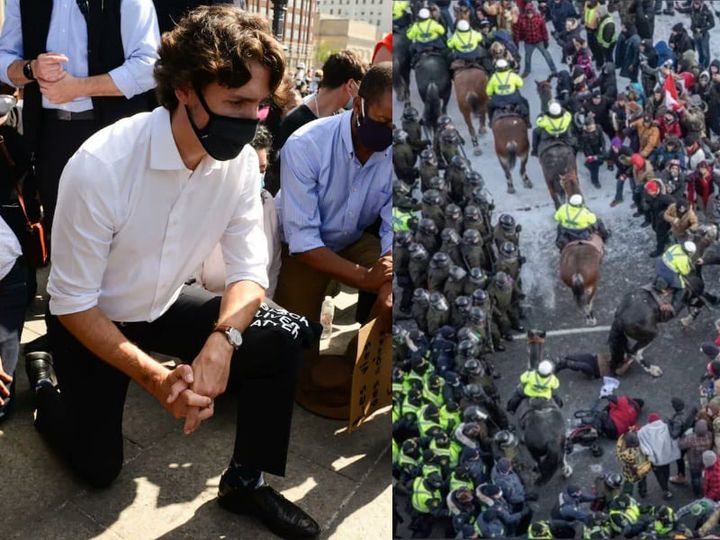 UPDATE: Here’s some of these Dudley Dorights listed in the chat.  Make all of them infamous! 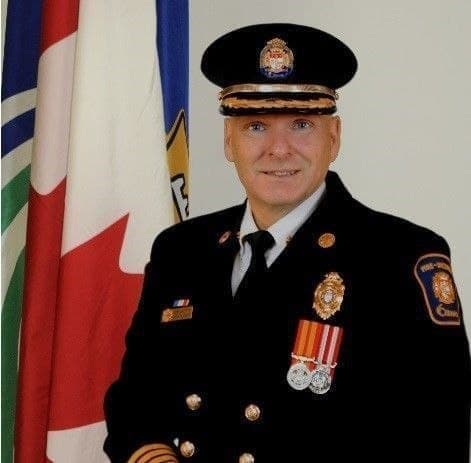 Don't forget to like SonsOfLibertyMedia.com on Facebook and Twitter.
The opinions expressed in each article are the opinions of the author alone and do not necessarily reflect those of SonsOfLibertyMedia.com.
Previous Post:
Almost 500 People Busted In California During Pre-Super Bowl Human Trafficking Sting Operation
Next Post:
UN Shows Up In Canada: When Representatives Become Traitors To The People (Video)

“Winter” is coming for the West, and it is going to be apocalyptic
June 28th, 2022 DC Clothesline