Total Media Blackout Of What Canadians Just Did – It’s Too Glorious Not To Be News! (Video)

A man took to Facebook on Tuesday to tell what he learned was going on in Canada.  According to him, there is as spiritual revival taking place.  The truckers and their supporters were standing before Parliament and singing with one accord Martin Luther’s famous hymn, “A Might Fortress is Our God.”  He  heard them over the phone and recounted what was going on.

I have been making calls to the guys on the front line of the Canadian truckers event – a spiritual revival, in my understanding. 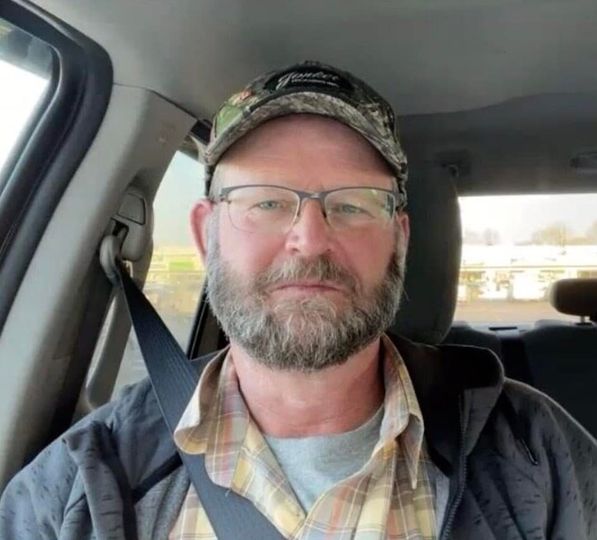 One of those I called was Harold Jonker (pictured), one of the truck drivers, and co-owner of Jonker Trucking Company of Canada. He took my call, but he did not say a word, because they were praising the Lord. The truckers were standing before Parliament, singing (see picture) “A Mighty Fortress is our God.” I had to choke back tears as I listened. I so wish I had recorded it. Imagine with me, if you would, a group of truckers singing these words, knowing that their political leader had just taken action that could freeze all their bank funds, making it impossible for them to even make a purchase. Here is what I heard these brave warriors singing, verse after verse, the powerful song, A Mighty Fortress is Our God:

A mighty fortress is our God, a bulwark never failing;
Our helper He, amid the flood of mortal ills prevailing:
For still our ancient foe doth seek to work us woe;
His craft and pow’r are great, and, armed with cruel hate,
On earth is not his equal.
2
Did we in our own strength confide, our striving would be losing,
Were not the right Man on our side, the Man of God’s own choosing:
Dost ask who that may be? Christ Jesus, it is He;
Lord Sabaoth, His Name, from age to age the same,
And He must win the battle.
3
And though this world, with devils filled, should threaten to undo us,
We will not fear, for God hath willed His truth to triumph through us;
The Prince of Darkness grim, we tremble not for him;
His rage we can endure, for lo, his doom is sure,
One little word shall fell him.
4
That word above all earthly pow’rs, no thanks to them, abideth;
The Spirit and the gifts are ours through Him Who with us sideth;
Let goods and kindred go, this mortal life also;
The body they may kill: God’s truth abideth still,
His kingdom is forever. 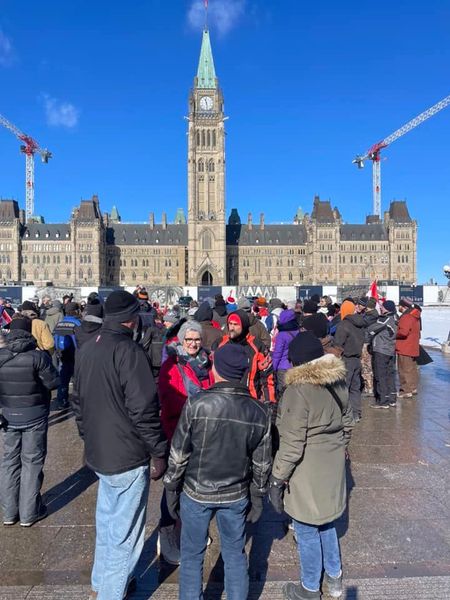 I cannot describe what it was like hearing these saints of God, within harm’s way (thanks to Trudeau), singing confidently, “for still our ancient foe, doth seek to work us woe,” or “were not the right Man on our side…” followed by “Dost ask who that may be, Christ Jesus, it is He,” or “we tremble not for him (“the Prince of Darkness”), followed by “His rage we can endure,” or “the body they may kill; God’s truth abideth still.” It was momentous.

(A bit of trivia or irony…or is it “providence?”: I had told Harold a few days ago that I had gone online and discovered that his father, who started their family trucking business, was named “George Jonker.” As you know, my graduate degrees are in church history, and I have taken people on European Church History Tours, including the sites of Martin Luther. When Martin Luther was being hidden from the authorities who were trying to kill him for standing for truth, after his famous “I will not recant. Here I stand. I can do no other” speech at the Diet (dispute or debating assembly) of Worms (a city pronounced VORMES) in 1521, his friends “kidnapped” him (literally, without his consent) to protect him from the plan by authorities to kill him further up the road. They forcibly took him to the castle in Wartburg, where he, in confinement, translated the Bible from Erasmus’ Greek text into the common language of the German people (Low German), giving the people a Bible that they could understand for the first time. Here is the purpose of this story: While they held and protected Martin Luther, he grew a long beard to make him less recognizable (for safety purposes) as he was allowed to move about some, and gave him an alias. His new name was “Junker Jorg” (or “George”). In some European countries, the last name is said first. So “George Jonker” (Harold’s truck driving father) would become “Junker (Germanic spelling) George.” (See sketch of Martin Luther as “Junker Jorg.”)

And if I may add more regarding the “Martin Luther connection,” the song “A Mighty Fortress is Our God” which Mr. Jonker and his truck driving friends were singing, when I phoned him, is based on Psalm 46. When Martin Luther nailed the “95 Theses” on the door (a common practice, as it was a type of bulletin board) of the university church in Wittenberg, Germany on October 31, 1517, touching off the Protestant (“protest”) Reformation, it was at the base of a large Gothic tower with a rounded dome and spires pointing towards heaven, on which the words are engraved at the top, “Ein Feste Burg ist Unser Gott, Ein Gute Wehr und Waffen.” (See two pictures of the tower) Those are the opening words of the famous Martin Luther hymn, “A mighty fortress is our God, a bulwark never failing.”

When the Canadian truckers finished singing that great hymn, written in approximately 1528, they continued with “Amazing Grace.” I could hear them singing, “through many dangers toils and snares, I have already come…”

And from that, they proceeded directly into “The Doxology,” which begins with the words, “Praise God from whom all blessings flow.”

Praising God! Their emperor-czar had just suspended the law of the land, taking away their Constitutional rights.

Then we talked. In all that is happening in Canada, with all its uncertainty caused Trudeau’s ominous fiats, they are at peace, even joyous.

In typical Canadian serenity, he calmly explained, “We are going about our day.”

Folks, you have read in history about the heroes of history. You now have a chance to watch some. Someday you will tell your grandchildren, “I was watching. I remember when God miraculously rasied up a group of Canadian truckers to save the world from despotism and tyranny.”

Meanwhile, the Mockingbird media also wouldn’t report on this that occurred this week in Canada.

Don't forget to like SonsOfLibertyMedia.com on Facebook and Twitter.
The opinions expressed in each article are the opinions of the author alone and do not necessarily reflect those of SonsOfLibertyMedia.com.
Previous Post:
Nobel Peace Prize Winning Virologist Dead After Declaring It A Crime To Give COVID Shots To Children
Next Post:
“Enemies Within The Church” Cary Gordon Joins Bradlee Dean