Appearing Sunday on NBC’s “Meet the Press” with Chuck Todd, Democratic Senator from Ohio, Sherrod Brown, declared the Democratic Party is the party that will always stand up against “hate speech” whether it “comes from the president, the Klan, the Nazis, the anti-semites, the racists in Virginia, and the 35 organizations that are identified in Ohio as hate groups.”

Someone forgot to tell Sen. Brown it was the Democrats who created the Ku Klux Klan that engaged in racist, anti-semitic, and Nazi-style speech.

He then declared that the Democratic Party was the “party of justice.”

Lawlessness reigned supreme and violations of the Constitution hit all time highs.

In watching the clip, Sen. Brown engaged mostly in “blowing his own horn” and slamming the current administration.

But, it was the Senator’s stance on immigration that really iced the cake after declaring the Democratic Party as “the party of justice.”

Sunday on NBC’s “Meet the Press,” Sen. Sherrod Brown (D-OH) said the government had “no business” deporting immigrants who have been living and working in the United States for years.

Brown said, “It’s terrible when we are taking immigrants who have been here 10 or 15 years and working hard, paying their taxes, active in their church, active in communities, parents and we throw them out of this country.”

He continued, “We have no business doing that. That inhumane policy coming from the administration is just part and parcel of what he’s been for the last seven months.”

So, the “party of justice” advocates violating duly legislated constitutional law, ensuring “injustice” for American citizens and those who legally immigrated to this republic, based on emotional issues.

Either he didn’t realize what he was saying or his head was so edematous from all that self horn-blowing his ears clogged.

In the interest of “justice,” US immigration law declares that anyone entering this republic without being processed through proper channels is a criminal because they violated the law.

But, the government, according to Brown, should leave these people be for the sole reason they have been living and working here for years, “paying their taxes, active in their church, active in communities,” are parents and have been here for ten or more years.

He calls these individuals “immigrants” when in actuality the appropriate term is illegal alien invader.

He claims it is “inhumane” to hold these people to the law when these people knew they were breaking the law in the first place.

Well, Sen. Brown, should we suspend other criminal laws as well, say burglary or theft, for someone/anyone who is living and working in the US, paying their taxes, active in their church and community, and are parents?

If the only law the person has violated is that one involving burglary or theft, why is that person not left alone?

Should counterfeiters, tax evaders, and individuals stealing intellectual property be immune from prosecution, in the interest of “justice,” when meeting all the criteria you listed?

In truth, Sen. Brown, you care not for justice, have zero respect for the Constitution, and are not standing with the “working people” when you advocate for illegal alien invaders to be immune from deportation when caught in violation of immigration law.

What you care for is padding the voting roster and blowing your own horn.

You, sir, are a liar for violating your oath of office and should be removed post haste.

There is no justice when laws are unenforced, violated, and applied unequally to the population.  Our immigration law provides for the treatment of individuals who have violated the law.

It has nothing to do with being “inhumane” for holding individuals accountable to the law – it’s called justice.

But, you would know that if the Democratic Party were truly “the party of justice.”

For all intents and purposes, the Democratic Party is the “party of liars, law-breakers, traitors, tax evaders, and crooks.”

Before you get your briefs wedged between the backside cheeks, the Republican Party is turning out to be no better.

Actually, Sen. Brown, all you politicians are the same – out for yourself and working to shaft the republic and her people at every turn.

In fact, the only reason you support keeping illegal alien invaders, along with those that have committed additional crimes, in the united States is to expand the Democratic voting roster since you will promise “free” everything to these lawbreakers while expecting the citizens to foot the bill through their taxes.

What is “inhumane” Sen. Brown is the view in which members of both chambers of Congress hold toward their constituents, the citizens of this republic, and the law.

When some members of Congress are exempt from prosecution for the same laws that placed Martha Stewart in prison, there is a significant problem with the people in government, meaning government has a problem as well.

When individuals elected to represent the people of this republic and the States refuse to recognize the law, call for enforcement of the law, and engage in criminal behavior themselves, all respect and integrity for any position held on any issue is gone.

You, sir, are a charlatan shill exhibiting extreme egomaniacal and narcissistic tendencies while trying to convince the citizenry that the party of the Klan, your party, the Democrat Party, is the “party of justice” as you advocate for violating the law.

Ousting you from your Senate seat is the first of many remedies needing to be applied.

Tarring and feathering come to mind as well as public flogging for others.

My personal favorite would be placing you in the shackles in the middle of town, covering your face with sugar water and let the mosquitoes have at you.

After all, it would be a beginning for exacting “justice” for your crimes.

Don't forget to like SonsOfLibertyMedia.com on Facebook, Google+, & Twitter.
The opinions expressed in each article are the opinions of the author alone and do not necessarily reflect those of SonsOfLibertyMedia.com.
Previous Post:
Sebastian Gorka and Another Broken Trump Promise
Next Post:
Bundy Ranch Prosecutor’s Exposed For Withholding Info & It’s All about Protecting BLM Thug Daniel P. Love 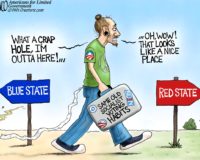 Cartoon of the Day: Invasive species
May 12th, 2021 Liberty Unyielding 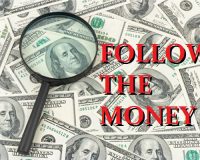 Financial Shock & Awe: When It Comes To The Plandemic, Follow The Real Money… The Unthinkable Amount Of Money
May 12th, 2021 Sons of Liberty Media

Some Indians Are Spreading Cow Sh*t All Over Their Bodies And Drinking Cow Urine To Prevent Or Treat COVID (VIDEO)
May 12th, 2021 Clash Daily