It’s been more than a year since we reported on Bounkham “Bou Bou” Phonesavanh. At the time, he was just 19 months old and was given a 50% chance of survival after Habersham County Sheriff’s deputies performed a no-knock raid on his home and tossed a flashbang grenade into his playpen, causing him serious injuries. This occurred because of a claim that the father sold methamphetamine, but no drugs were found in the house. Now, the county has settled with the family, but it’s the county’s charges that the parents and baby are to blame for the child’s injuries that is outrageous.

After fighting the county for $1 million in medical reimbursments, the family finally settled for $964,000. Half of which would be paid immediately and half would be paid to the child once he turns 18. However, at no time has the Sheriff’s Office admitted that they were in the wrong for performing a no-knock raid nor were they wrong in tossing a flashbang grenade in the infant’s playpen.

The act of sleeping in a room about to be breached by a SWAT team constituted “criminal” conduct on the part of the infant. At the very least, the infant was fully liable for the nearly fatal injuries inflicted on him when Habersham County Sheriff’s Deputy Charles Long blindly heaved a flash-bang grenade – a “destructive device,” as described by the ATF, that when detonated burns at 2,000-3,500 degrees Fahrenheit – into the crib.

Merely by being in that room, Bou-Bou had assumed the risk of coming under attack by a SWAT team. By impeding the trajectory of that grenade, rather than fleeing from his crib, Bou-Bou failed to “avoid the consequences” of that attack.

In any case, Bou-Bou, along with his parents and his siblings, are fully and exclusively to blame for the injuries that nearly killed the child and left the family with more than one million dollars in medical bills. The SWAT team that invaded the home in Cornelia, Georgia on the basis of a bogus anonymous tip that a $50 drug transaction had occurred there is legally blameless.

This is the defense presented by Haberham County Sheriff Joey Terrell and his comrades in their reply to a federal lawsuit filed last February on behalf of Bou-Bou Phonesavanh and his family.

According to the defense, while the officers admit to acting under the “color of law” (appearing to act lawfully while not following law or acting outside one’s jurisdiction of authority) in executing a no-knock raid and deploying a destructive device “inadvertently” into the infant’s playpen, they denied doing “anything unreasonable.”

Photos of the child’s injuries were also provided as evidence, but the defendants denied that the pictures “accurately depicts the injuries allegedly sustained.” They then went on to blame the parents stating that the child’s injuries were “directly and proximately caused by the contributory and comparative negligence of the plaintiffs and their failure to exercise ordinary care.”

While the officers claimed that the drugs were the reason for the raid, no drugs were found in the house. The Sheriff’s were told by an informant that he was sold meth from the house prior to the raid.

The child’s father, Wanis Thometheva, had been arrested previously for drug charges and while Sheriff Terrell claims that Thometheva uses weapons as a “threat… to those who don’t do what he wants,” there is no evidence of that. In fact, the threat seems to come from the Sheriff’s Office not following the protections of property via the Fourth Amendment. Nowhere does it allow government to destroy property in exercising a warrant nor engage in the serving of no-knock warrant raids.

Yet, this is not the end of the Sherrif’s Office’s defense. As Grigg points out, they invoked the principle of “laches.”

“The origins and usage of that obscure and archaic legal term do offer some insight about the way Bou-Bou’s would-be murderers see themselves, and their victim,” writes Grigg. “‘Laches’ is a term embodying the ancient legal maxim that ‘Equity favors the vigilant, and not those who have slumbered on their rights.’ Defendants who appeal to this oft-cited and little-applied concept are accusing plaintiffs of subjecting them to a form of ‘legal ambush.'”

Far from doing that, these men knew they were in the wrong from the beginning. Any human being would know it and the family has been attempting to hold them accountable for over a year and a half.

Friends, this is how a police state operates in the worthless war on drugs. They engage in this kind of activity and then when they injure or kill someone they make excuses, but if the shoe was on the other foot, you can bet your bottom dollar that they would be demanding justice!

On Memorial Day Remember Those Who Gave Their Lives To Protect America
May 25th, 2020 The Lid

FBI Moves On Dianne Feinstein- Orders Her To Hand Over Documents On Her Husband’s Stock Trades
May 23rd, 2020 DC Dirty Laundry 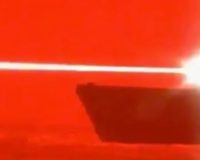