Nearly three decades ago, a French doctor warned the world of “vaccines” that would contain liquid crystals that when exposed to magnetic frequencies would turn the recipients of those “vaccines” into “zombies.”

Dr. Pierre Gilbert is married and father of 4 children. He was born in Trois-Rivières Ouest, province of Quebec although he lived in the Bahamas and in the United States. In 1962, after a college course in science, he graduated from Palmer University in Davenport, Iowa USA as a chiropractor.

Among his experiences and qualifications, according to his website:

Dr. Gilbert stated, “The vaccines will have

liquid crystals that will be come hosted in the brain cells, which will become micro-receivers of electromagnetic fields where waves of very low frequencies will be sent.”

“And through these low frequency waves, people will be unable to think, you’ll be turned into a zombie,” he continued.

“Don’t think of this as a hypothesis,” he added.  “This has been done.  Think of Rwanda.”

In a 2016 experiment, synthesized proteins were inserted into a VIRUS, where they were injected into brains of mice to ultimately control the reward/motivation centers of brain using magnetic fields.

A theology professor in 1995 warned of mandatory vaccines containing magnetized particles that would turn recipients “into zombies.”

Scientists developed a new method of controlling certain nerve cells of the brain to manipulate behaviors — and it’s delivered via viral injection.

This presentation PROOVES WITHOUT DOUBT that America is in for a major fight that will put you and your family in the firing line, literally… So make sure you watch this presentation while it’s still online…

The reason why you should pay attention now is that is because these techniques don’t come from books, they’re taken from actual 21st century warzones, from lawless states where social chaos is the name of the game… … and where not having enough time or money to prepare doesn’t stop real-world preppers from creating virtually impenetrable defenses for their families.

In 2016, researchers at the University of Virginia in Charlottesville genetically engineered a magnetized protein, called Magneto, which is inserted into a virus that’s injected into an animal’s brain to manipulate neural activity under the remote influence of magnetic fields….

Neuroscientist Steve Ramirez of Harvard University, left, who uses optogenetics to manipulate memories in the brains of mice, says the mind control study is “badass”.

“Previous attempts [using magnets to control neuronal activity] needed multiple components for the system to work – injecting magnetic particles, injecting a virus that expresses a heat-sensitive channel, [or] head-fixing the animal so that a coil could induce changes in magnetism,” he explains. “The problem with having a multi-component system is that there’s so much room for each individual piece to break down.”

This remarkable study is notable given anecdotally reported strange side effects with the COVID-19 vaccine involving magnetism.

It’s also worth pointing out that Canadian theology professor Dr. Pierre Gilbert (above) during a lecture in 1995 warned of a coming mandatory vaccine containing liquid crystals that, when exposed to magnetic frequencies, turn vaccine recipients into “zombies.”

“In the biological destruction there are the organized tempests on the magnetic fields,” Gilbert said. “What will follow is a contamination of the bloodstreams of mankind, creating intentional infections.”

“This will be enforced via laws that will make vaccination mandatory,” he continued. “And these vaccines will make possible to control people.”

#AskTheExperts – Shemirani, Corbett, Madej & Kaufman – The Vaccine Rollout Has Begun, Here’s What You’re Not Being Told!

Kate Shemirani & Dr. Carrie Madej: Exposing The Vaxx, The Nanobots & The Lies Of The Experimental COVID Injections – It’s Aimed At Our Kids!

A History Of Vaccines To The Present Pfizer COVID Vaccine & Their Dangers With Dr. Carrie Madej

Now, if this sounds far fetched, consider that there are tens of thousands of articles on the Center for Disease Control’s own website concerning a “zombie apocalypse.” 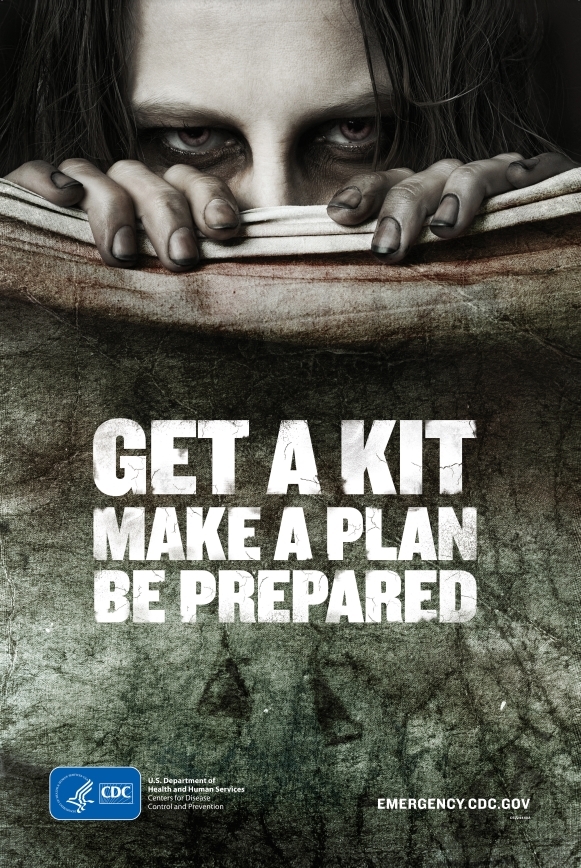 Then consider the propaganda put out by such television shows as The Walking Dead, where the CDC is at the heart of the zombie apocalypse.  This shouldn’t surprise us in the least.

And it shouldn’t surprise us that Big Pharma, corrupt District of Criminals pimping politicians and the Mockingbird media advocate these experimental injections as “safe and effective” when they are neither.

Don't forget to like SonsOfLibertyMedia.com on Facebook and Twitter.
The opinions expressed in each article are the opinions of the author alone and do not necessarily reflect those of SonsOfLibertyMedia.com.
Previous Post:
BIG SOLUTION: Well-Established Patriot Shop with Over 450 USA-Made Products with no Poisonous Chemicals, No Debt, and No Buyout – Ditch Big Box Stores Now!
Next Post:
The Capital Riots & The FBI Infiltration Of Patriot Groups