Trump Touts Internet Crackdown As Part Of Response To Shootings

It’s clear that President Donald Trump is just like the other presidents in our past when it comes to the political pressure that mounts when there are mass shootings.  He’s made everyone aware that he supports unconstitutional bans, including the unlawful, ex post facto banning of bump stocks and criminalizing Americans who possess them, as well as advancing unconstitutional red flag laws.  However, he is also jumping on the bandwagon to push for more un-American do nothing background checks.  Those are un-American because they presume your guilt and you have to provide your innocence to exercise a right the Constitution and those pushing such things are supposed to protect.  While Trump is right for pushing capital punishment for murderers, something I agree with, he decided to go a bit further than his regular unconstitutional talk regarding his “solutions” for unlawful gun violence.  Now, he’s gonna target the internet.

We must recognize that the Internet has provided a dangerous avenue to radicalize disturbed minds and perform demented acts.  We must shine light on the dark recesses of the Internet, and stop mass murders before they start.  The Internet, likewise, is used for human trafficking, illegal drug distribution, and so many other heinous crimes.  The perils of the Internet and social media cannot be ignored, and they will not be ignored.

WATCH: President Trump: "I like taking the guns early … Take the guns first, go through due process second." pic.twitter.com/aydEZdAGq0

First, as Adam Dick points out, “This comment from Trump is not surprising; coming a couple of weeks after the United States Treasury Secretary Steven Mnuchin promoted a crackdown on cryptocurrencies because they, like the internet, can be used to help accomplish bad, or at least government disapproved purposes. Make no mistake: When Trump says he wants to “shine a light on the dark recesses of the Internet” he is calling for more surveillance of, restrictions on, and punishments for people’s internet activities.”

Second, this comes on the heels of the FBI stating that they are now considering what the CIA has labeled as “conspiracy theorists” as domestic terrorists.

“The FBI assesses these conspiracy theories very likely will emerge, spread, and evolve in the modern information marketplace, occasionally driving both groups and individual extremists to carry out criminal or violent acts,” states an FBI intelligence bulletin from the bureau’s Phoenix field office dated May 30, the news outlet reported Thursday.

The document specifically mentions QAnon, a shadowy network that believes in a deep state conspiracy against President Donald Trump, and Pizzagate, the theory a pedophile ring including Clinton associates was being run out of the basement of a Washington, D.C., pizza restaurant.

It also goes on to say the FBI believes conspiracy theory-driven extremists are likely to increase during the 2020 presidential election cycle.

“The advent of the Internet and social media has enabled promoters of conspiracy theories to produce and share greater volumes of material via online platforms that larger audiences of consumers can quickly and easily access,” the document says, the news outlet reported.

The FBI is already under fire for its approach to domestic extremism, Yahoo News noted — pointing to a hearing last week before the Senate Judiciary Committee in which FBI Director Christopher Wray faced accusations the bureau was not focusing enough on white supremacist violence.

Wray told the lawmakers the FBI had dispensed with separate categories for black identity extremists and white supremacists, saying the bureau was focusing on “racially motivated” violence, the New York Post noted.

Yahoo News reported the bulletin focused on violence based specifically on beliefs that “attempt to explain events or circumstances as the result of a group of actors working in secret to benefit themselves at the expense of others” and are “usually at odds with official or prevailing explanations of events.”

Bundle this will all the attacks coming from the Department of Education under Betsy Devos that even target mental and behavior health and the Second Amendment and we are seeing this administration set things up for a perfect storm of unlawful tyranny.  And yes, that is what it is.

Finally, while Trump pontificates that he supports the Second Amendment, he’s demonstrating a disregard for it, the First Amendment, the Fourth Amendment and the Fifth Amendment in what he continues to propose.

@LCBeaudoin Big Second Amendment believer but background checks to weed out the sicko's are fine.

Here, try being consistent with that logic, Mr. President. 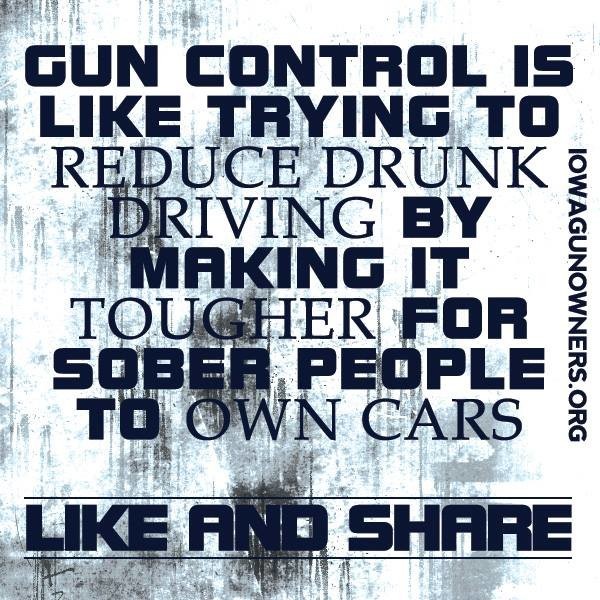 Meanwhile, he has also tweeted about those background checks.

We cannot let those killed in El Paso, Texas, and Dayton, Ohio, die in vain. Likewise for those so seriously wounded. We can never forget them, and those many who came before them. Republicans and Democrats must come together and get strong background checks, perhaps marrying….

….this legislation with desperately needed immigration reform. We must have something good, if not GREAT, come out of these two tragic events!

The Media has a big responsibility to life and safety in our Country. Fake News has contributed greatly to the anger and rage that has built up over many years. News coverage has got to start being fair, balanced and unbiased, or these terrible problems will only get worse!

Anyone playing fast and loose with the Constitution and our rights should be the one scrutinized, not law-abiding American citizens as is being proposed.