We just touched on the issue of fertility on Monday’s The Sons of Liberty Radio only we were talking about the effects of 5G and electromagnetic frequencies on men and women.  However, we have warned continuously about the experimental COVID shots being given to pregnant women, and now the Center for Disease Control and Prevention’s own Vaccine Adverse Events Reporting System (VAERS) is indicating that miscarriages and stillbirths are up 4,070%!  And remember, VAERS only reports less than 1% of what is actually going on.

Brian Lupo has the story.

The vaccine is “safe and effective” according to our very own CDC, FDA and Federal government.

Nothing to see here.  Pay no attention to the 4,070% increase in miscarriages and stillbirths, as reported by the Vaccine Adverse Events Reporting System (VAERS).  The VAERS system is the federal government’s method of monitoring vaccine injuries through real-time reporting.  As reported through OpenVAERS.com:

But what’s not getting a lot of attention is the unbelievable spike in miscarriages and stillbirths.  The following charts show the dramatic increases according to OpenVAERS: 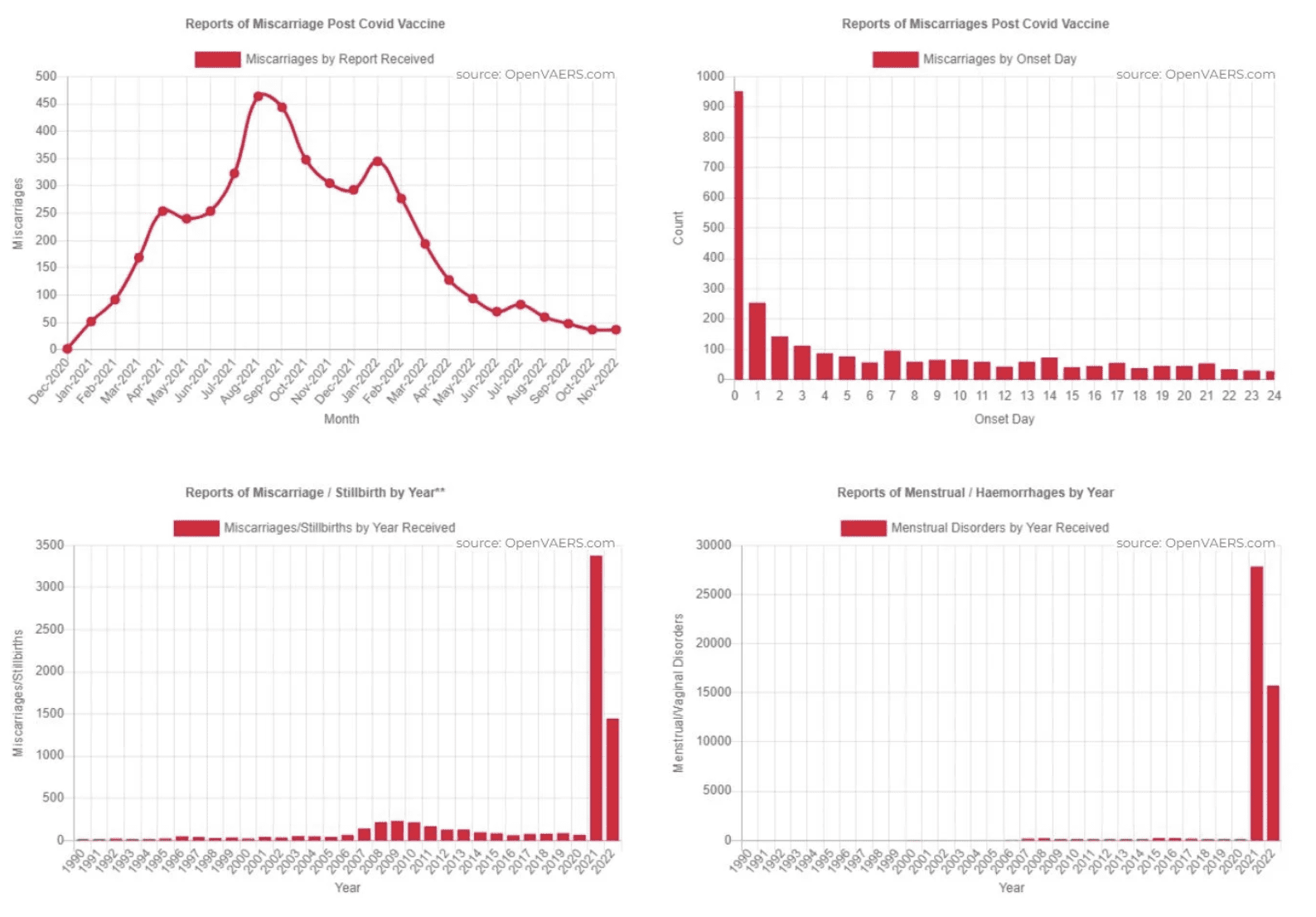 It is worth mentioning that it is estimated by a Harvard study that only a small percentage of actual VAERS injuries get reported. The process is cumbersome for doctors and nurses and there are whistleblowers who have claimed they are “discouraged” for lack of a better term, from writing VAERS reports. The actual number is likely significantly higher.

Remember that anomaly in the number of injuries reported as well as the discouragement when you consider the increase in myocarditis cases as well as deaths:

Keep in mind who the “father of the vaccine is.”  It’s none other than Donald Trump, and he was the one that put a national emergency in place, something that is not found in the US Constitution, which allowed for governors and others to usurp their authority to impose infringements upon the people due to this plandemic.  The Biden administration has only picked the ball up and ran with what the Trump administration teed up for them.

They are all in it together and we dare not trust a one of them but seek to bring them to a swift and final judgment.

Don't forget to like SonsOfLibertyMedia.com on Facebook and Twitter.
The opinions expressed in each article are the opinions of the author alone and do not necessarily reflect those of SonsOfLibertyMedia.com.
Previous Post:
Cop Gets Off Scot-Free Despite Video of Her Shooting Unarmed Man in the Back Over Ordinance Violation
Next Post:
WHO Threatens “Anti-Vaccine Activists” & Labels “Unvaccinated” A “Major Killing Force” As Cries Of “COVID Shots Ineffective & Unsafe” Grow