Virginia: Father Beats Alleged Pedophile To A Pulp After Catching Him Naked In Children’s Bedroom

An alleged pedophile was almost killed as an angry father, who caught him naked in his toddler’s bedroom, beat him to a bloody pulp, according to police.

The extent of the beating was captured in the mugshot of Mark Stanley, 60.

The confrontation occurred on Sunday when the father went to check on his children around 6:30am.

That’s when he discovered Stanley, who is from North Carolina, naked from the waist down, standing over his children, ages 2 and 3.

The Spotsylvania Sheriff’s Office issued a statement saying, “When the family member opened the children’s bedroom door, he found the suspect, Mr. Stanley in the room with the children nude from the waist down.”

When police arrived, they discovered the father with a handgun.

Sheriff’s Capt. Liz Scott told The Free Lance-Star the father was so upset police essentially “had to rescue the suspect from further injury after responding to a 911 call.”

“Scott said the father had already obtained a weapon and that deputies may have saved the suspect’s life,” reports The Star.

Stanley is facing two charges of indecent liberties with a child and one count of domestic assault.

Both children were taken to the hospital to be examined, which could result in additional charges against Stanley.

The father was not charged, and rightly so.

Mr. Stanley is fortunate the father didn’t completely take him out, which I believe he would have been rightly justified in doing.

Don't forget to like SonsOfLibertyMedia.com on Facebook and Twitter.
The opinions expressed in each article are the opinions of the author alone and do not necessarily reflect those of SonsOfLibertyMedia.com.
Previous Post:
Arizona: Family Claims Woman Died After Jumping From Cop Car To Avoid Rape
Next Post:
Atlanta: Police Are No Longer Allowed To Chase Suspects 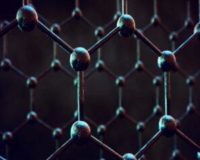