Retired Los Angeles basketball star and legend Kobe Bryant and his daughter, along with several others were killed when their helicopter went down around 10am on Sunday morning.

Bryant, 41, and his daughter Gianna, 13, were in a private Sikorsky S-76 helicopter that caught fire after it struck a hillside in Calabasas in the midst of heavy fog.

Kobe was traveling with at least 3 other people in his private helicopter when it went down. A fire broke out. Emergency personnel responded, but nobody on board survived. 5 people are confirmed dead. We’re told Vanessa Bryant was not among those on board.

Eyewitnesses also tell us that they heard the helicopter’s engine sputtering before it went down. As you can see, flames and smoke covered much of the scene from the wreck. The official cause of the crash is currently under investigation.

Kobe has famously used a helicopter to travel for years — dating back to when he played for the Lakers. He was known for commuting from Newport Beach, CA to the STAPLES Center in DTLA in his Sikorsky S-76 chopper.

KB is survived by his wife Vanessa. Together, they have four daughters — Gianna, Natalia and Bianca and their newborn Capri. Kobe and Vanessa got married in 2001 after meeting in 1999.

Jerry Kocharian told the LA Times that he was standing outside the Church in the Canyon drinking coffee when he heard a helicopter unusually low struggling overhead. “It [didn’t] sound right and it was real low. I saw it falling and spluttering. But it was hard to make out as it was so foggy.”

The helicopter then disappeared in the fog and then there was a loud boom.

“There was a big fireball,” he said. “No one could survive that.”

Authorities say responders had to hike to get to the crash scene. When they finally got to the incident site, it was clear no one survived.

Nine people were on board, including 1 pilot and 8 passengers.

While it is still unclear as to the cause of the crash, an investigation has begun into it.

The Daily Mail reported on what others had to say following the news of Bryant’s death.

Bryant’s death came one day after he was passed by Lakers forward LeBron James for third place on the NBA’s all-time scoring list.

The unseated star congratulated James on Twitter during the Lakers’ 108-91 loss to the Philadelphia 76ers on Saturday night.

James had written ‘Mamba 4 Life’ and ‘8/24 KB’ on his sneakers in gold ink before the game to show respect for Bryant.

‘It’s another guy that I looked up to when I was in grade school and high school,’ James told reporters in Bryant’s home town of Philadelphia on Saturday. ‘Seeing him come straight out of high school, he is someone that I used as inspiration.

‘It was like, wow. Seeing a kid, 17 years old, come into the NBA and trying to make an impact on a franchise, I used it as motivation. He helped me before he even knew of me because of what he was able to do. So, just to be able to, at this point of my career, to share the same jersey that he wore, be with this historical franchise and just represent the purple and gold, it’s very humbling.’

James is just one of the people that Bryant inspired, and judging by the outpouring of sorrow on the streets of Los Angeles, he is in considerable company.

‘Kobe Bryant was a giant who inspired, amazed and thrilled people everywhere with his incomparable skill on the court — and awed us with his intellect and humility as a father, husband, creative genius, and ambassador for the game he loved,’ Los Angeles mayor Eric Garcetti wrote on Twitter.

‘Kobe was not only an icon in the sports arena, he was a man of the world and touched so many lives and communities in the most positive ways,’ said Hall of Famer Larry Bird.

‘His star was continuing to rise every day and he knew no limits because of his many intellectual and creative talents and desire to give back to others – his passion for the game, for his family and for others was apparent in everything he accomplished.’

Khloe Kardashian wrote: ‘This can’t be real, there’s no way!!! My heart hurts.’ 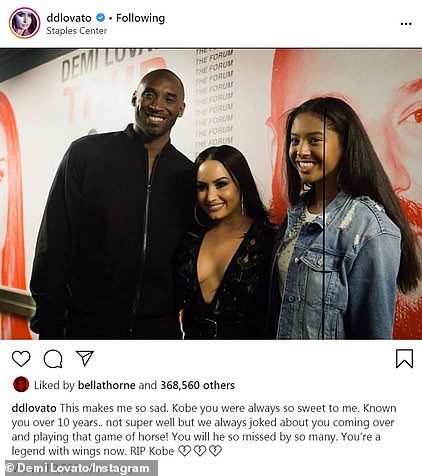 Demi Lovato shared a shot with the Lakers legend at the Staples Center, writing: ‘This makes me so sad.’ 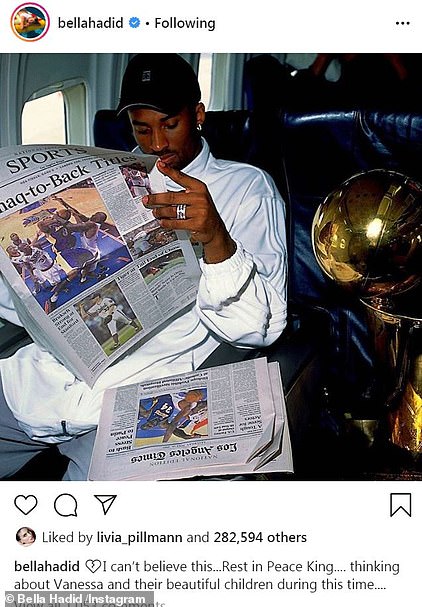 A$AP Rocky shared on social media: ‘RIP KOBE, SO SAD, SUCH A SAD DAY N SAD NEWS, WE LOVE U’

Finally, leave it to MSNBC to show complete disrespect in an on air report referring to the LA Lakers as the Los Angeles Niggas.

Bryant was accused of raping a 19-year-old woman in 2003.  After denying any sexual relationship with her, he finally admitted to an adulterous relationship but denied raping the woman.  However, the case was dropped when she refused to testify.  She later sued him in a civil suit in which she was represented by the same attorney that represented Deanna Williams, who I’ve been reporting on for nearly a year.

Don't forget to like SonsOfLibertyMedia.com on Facebook and Twitter.
The opinions expressed in each article are the opinions of the author alone and do not necessarily reflect those of SonsOfLibertyMedia.com.
Previous Post:
Florida: Instead Of Being Fired, Cop Named “Officer of the Year” In Spite Of Charges Of Racism, Excessive Force & Sexual Assault
Next Post:
Trump Admin Still Funding Tens Of Millions To Muslim Brotherhood Organizations – Excuses Abound Despite Rounds Of Golf