You really can’t make this stuff up!  But the powers that be sure can!  Remember when the New England Patriots football team constantly winning was clear and pure propaganda on the sports crowd?  Well, look at this year’s Miss Universe contest.  It’s Ukraine versus Russia.  That is not an accident… and let me offer you a guess as to who will win.

Miss Ukraine Viktoria Apanasenko, who will be representing the war-torn country at the Miss Universe pageant in New Orleans on Jan. 14, unveiled her look for the contest’s National Costume competition: a stunning multilayered motif with ornate, oversize blue and yellow wings.

The Warrior of Light costume “symbolizes our nation’s fight against darkness,” read Apanasenko’s caption on Instagram.

“Like Archangel Michael, who defends Ukraine with a sword, it protects us.”

The outfit — complete with weapon and body armor — sends the message that Apanasenko “carries light through the darkness that came to our peaceful lands with the aggressor.”

Competing alongside her will be Miss Russia Anna Linnikova, who unveiled her The Crown of the Russian Empire costume on Wednesday. The opulent red velvet gown is dripping with pearls and gems. 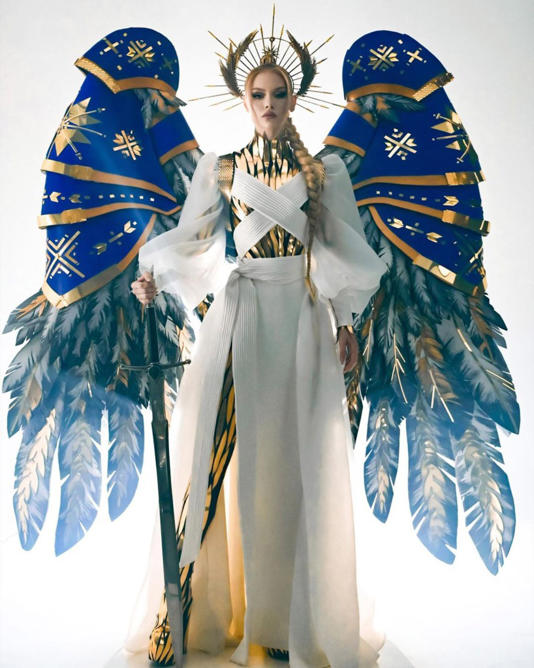 Apanasenko shows off her elaborate costume made by Lesia Patoka. @missukraine_universe/Instagram 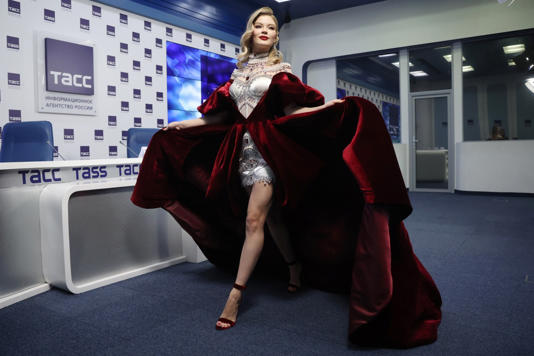 Given the state of her country, which is engaged in a bloody conflict with Russia since last February, Apanasenko’s approach is far less frivolous. Her costume was created in Ukraine by Patoka Studio designer Lesia Patoka. The elaborate headpiece, meanwhile, is from Patoka’s accessory label Nagolovy, which she co-founded.

“For us, it is important to show the world that Ukraine is strong, brave, unbreakable. We are ready to fight for our freedom because we know its price,” Patoka told The Post via Instagram. 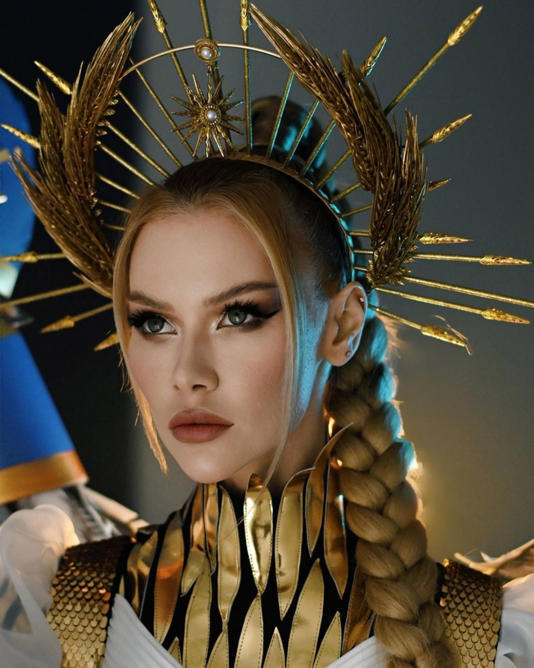 The intricate costume took four months to make and was created in extreme conditions: by candlelight without electricity and to the soundtrack of sirens, according to the designer.

The jumpsuit “symbolizes armor and wraps Viktoria like a second skin,” while the overlaying white dress is akin to a vyshyvanka, which is an embroidered shirt with puffy sleeves. The flowing skirt is fashioned from more than 32 feet of fabric.

The headwear, which references the archangel Michael, is decorated with spikelets, which are traditional in Ukraine. “It also has sharp rays symbolizing not only the light but the struggle of Ukraine today,” Patoka said. 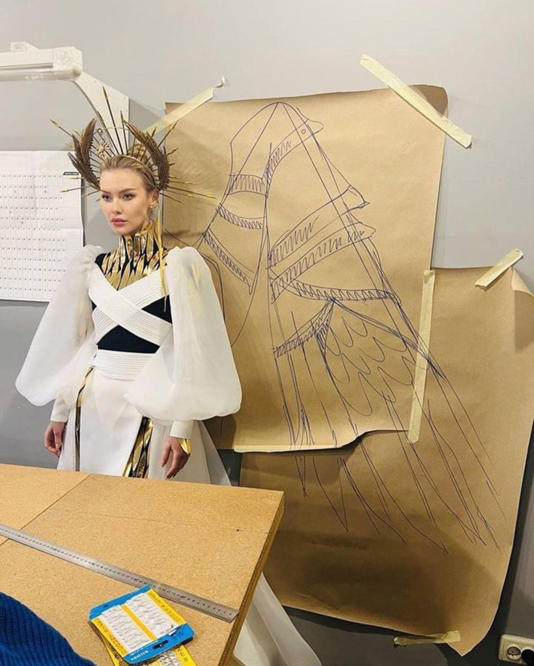 When Apanasenko wears her creations on the world stage, Patoka said it will be a showcase not only for Ukraine’s national pride, but the country’s designing chops.

“We want to show the high skill level of Ukrainians,” she said. “We can sew as good as Hollywood does.”

Notice the symbolism in all of this:  Michael the archangel portrayed by the Ukrainian and all dressed in red as the proverbial, but highly cartoonish, devil is the Russian contender.

My money is on the Ukrainian to advance the mind control of the propaganda already disseminated from tyrannical corrupt governments and the Mockingbird media.  I’m not a prophet nor the son of a prophet, but my best guess is this will only bolster in the minds of those who watch this garbage how pure as the wind driven snow Ukraine is and why we should be illegally sending them more billions of dollars rather than leaving them to the Russians to deal with properly.

Don't forget to like SonsOfLibertyMedia.com on Facebook and Twitter.
The opinions expressed in each article are the opinions of the author alone and do not necessarily reflect those of SonsOfLibertyMedia.com.
Previous Post:
German Study Provides Direct Evidence Showing People Died From Covid RNA Vaccination
Next Post:
Kate Shemirani: Mind, Body & Soul In 2023 (Video)