This is what this is all about:  power, fame, money and control.  The latest bombshell comes from Anthony Fauci’s own emails that shows this is all a scamdemic.

Previously unseen e-mail correspondence between Anthony Fauci and his wife Christine Grady show the couple celebrating how Fauci had been “immortalized” by an action figure, and reveal a callous reaction to vaccine-related deaths, The National Pulse can exclusively reveal.

(Article by Natalie Winters and Raheem Kassam republished from TheNationalPulse.com)

In an e-mail sent on January 15th 2021, Fauci flagged a New York Post article highlighting 23 people who died in Norway after being administered the Pfizer vaccine.

“Yikes,” Grady simply replies after being forwarded the article with a note that simply read “fyi”. 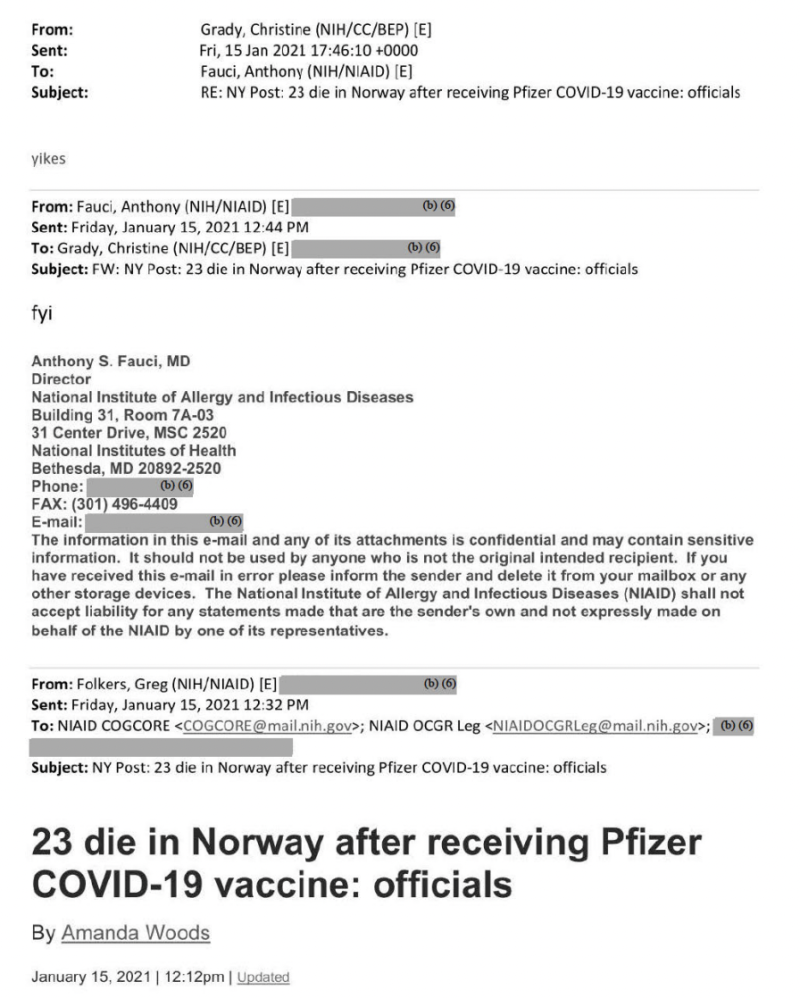 The tone is markedly different from other e-mails between the couple who work together – an issue that has raised questions over the propriety of their roles and whether or not a conflict of interest exists. While Grady was overseeing “bioethics” for the U.S. government, Fauci was doling out cash to Wuhan Lab collaborators like Peter Daszak among others.

Another email seen by The National Pulse displays her reaction to the launch of an action figure in the image of her husband, Fauci.

“It is endless…” she writes before adding:

“You have been immortalized”

Fauci originally shared an article from The Hill – Fauci Gets His Own Action Figure – that was flagged by Greg Folkers, the Chief of Staff in the Office of the Director at Fauci’s National Institute of Allergy and Infectious Diseases (NIAID). 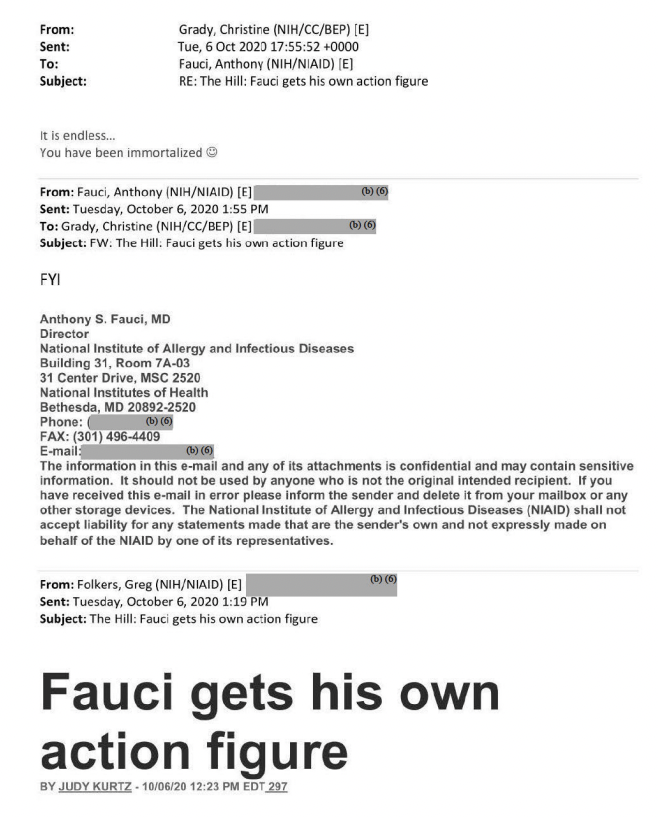 The back and forths shed some light into the day-to-day working relationship between Fauci and Grady, who often exchange e-mails, with Fauci even sharing some messages not meant for Grady to his wife.

It is also an insight into the pair’s priorities and their flippancy regarding vaccine-related deaths.

The National Pulse has further e-mails between the pair, many of which have been curiously redacted following a Freedom of Information Act request.

Keep in mind that this is the same guy that has spearheaded the previous scamdemics and drug pimping that has killed hundreds of thousands or millions of Americans.

Don't forget to like SonsOfLibertyMedia.com on Facebook and Twitter.
The opinions expressed in each article are the opinions of the author alone and do not necessarily reflect those of SonsOfLibertyMedia.com.
Previous Post:
The New African Scariant – Right On time: A Kindergarten Covert Op For The Ignorant
Next Post:
Dr. Mercola: “Fully Vaccinated” Is Never Going To Happen – Control System Will Require Constant COVID Shots

The Cycle of The Abominable: Volodymyr Zelensky “Person of the Year”
December 8th, 2022 Sons of Liberty Media

10 Most SURPRISING and DANGEROUS ingredients in vaccines, and the industry’s poor explanations for why they’re used
December 8th, 2022 DC Clothesline