It’s not just the FBI that has been forced to reveal that they’ve made new and worrisome discoveries about Hillary Clinton’s email scandal.

The Department of the Defense apparently sent Congress a letter on Tuesday detailing their discovery of at least 1,000 new, previously unknown Clinton emails between she and General David Petraeus. 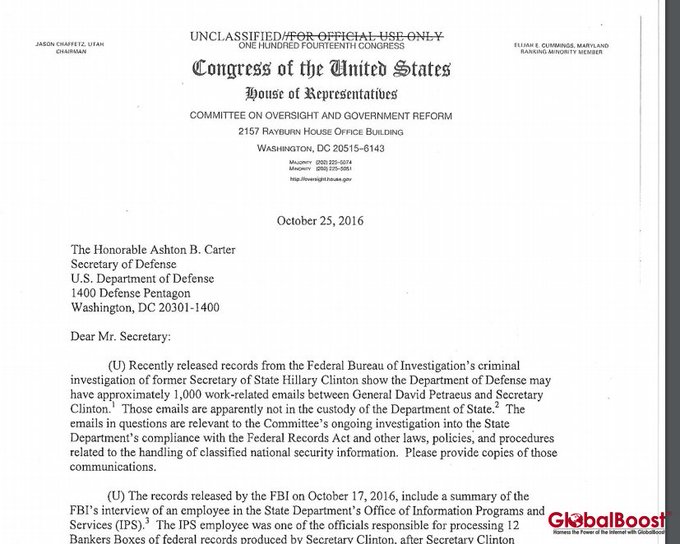 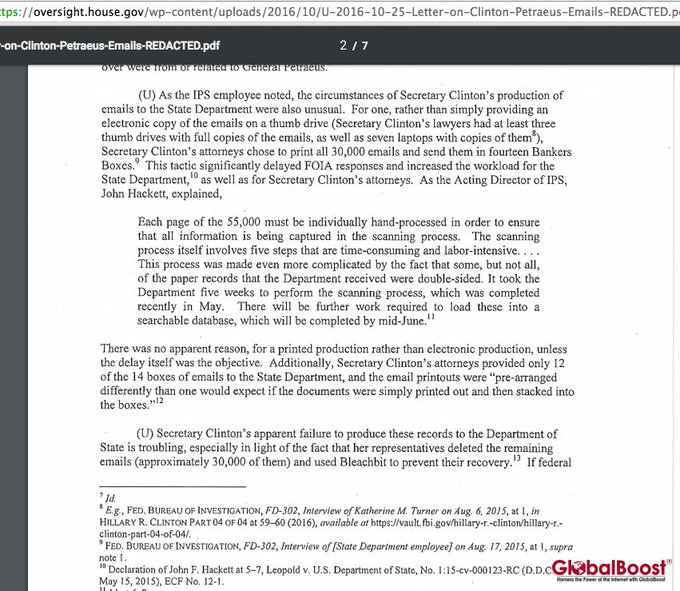 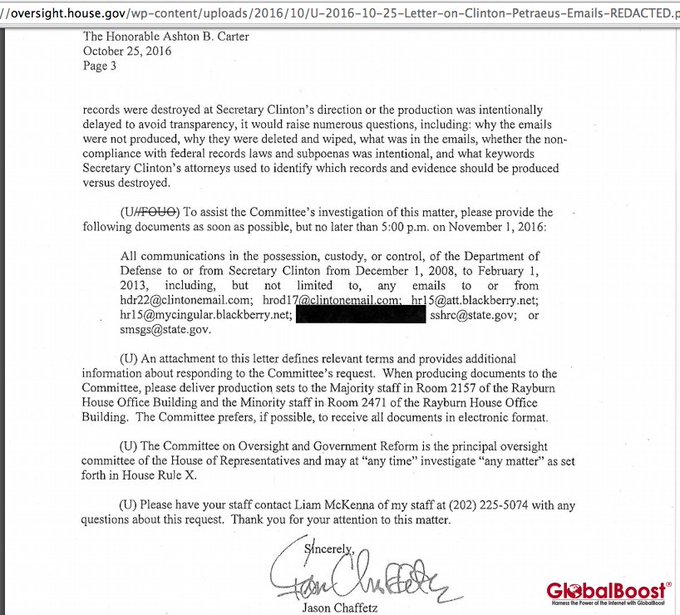 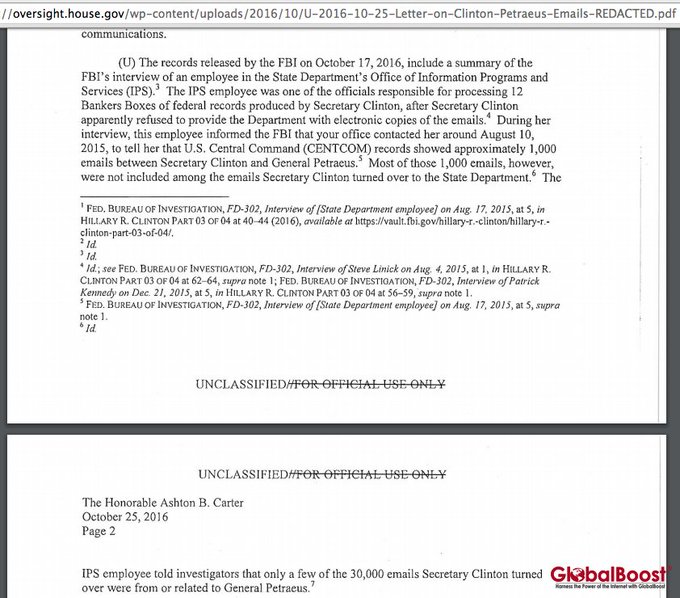 LOOKs like it declassified this morning now Ashton Carter n mix wonder how many going down 4 #HillarysEmail #DoD #DC https://t.co/vzQlohNZ4r

These 1,000 new emails are likely to be quite important, considering that the General was the Commander of CENTCOM and then the Director of the CIA. While we may not know what appeared in these emails, the probability that these are simple boilerplate political issues is low. The most likely reason for Clinton and Petraeus to be communicating would be to discuss classified security issues.

Even more troublesome (for Clinton and for our national security) is what the FBI seems to have discovered on devices acquired from Anthony Weiner (and Huma Abedin).

The FBI seems to have discovered “tens of thousands” of emails on a laptop belonging to Abedin, and in those emails they’ve discovered a worrisome amount of obviously classified material.

What is more troubling is the amount of redaction involved in these emails which migrated to the open email account, which as we now know ended up in Anthony Weiner’s computer: in the above example, the two pages of timetables and deliverables attached to the email were 100 percent redacted, with “PAGE DENIED” stamped across the first redacted page.

… According to the NYT, the number of Huma emails that made their way to Weiner’s PC was staggering:

The F.B.I. is investigating illicit text messages that Mr. Weiner, a former Democratic congressman from New York, sent to a 15-year-old girl in North Carolina. The bureau told Congress on Friday that it had uncovered new emails related to the Clinton case — one federal official said they numbered in the tens of thousand

While this could (and should) damage Hillary Clinton’s presidential hopes, the latest revelations could mean even stiffer punishment for Abedin in the not-too-distant future. Remember, Abedin swore under oath that had given up each and every device that contained State Department emails, and that she had held nothing back from investigators. This latest discovery proves that story to be a complete lie.

This should serve as a reminder to everyone that Hillary Clinton isn’t the only person involved in this morass that deserves to serve time in prison. There is a small circle of Clinton confidantes that all owe the American people a few years in a federal prison, including Huma Abedin.

Don't forget to like SonsOfLibertyMedia.com on Facebook and Twitter.
The opinions expressed in each article are the opinions of the author alone and do not necessarily reflect those of SonsOfLibertyMedia.com.
Previous Post:
Don’t Let James Comey and the FBI’s October Surprise Fool You!
Next Post:
French Political Leader: “France is about to Enter a Holy War with Islam” – “Embrace Christianity… Never Accept the Religion of Satan”