Pfizer and Moderna have both known all along and even before the illegal emergency use authorization of the deadly mRNA COVID shots, fraudulently referred to as “vaccines.” Now, the current lawless and illegitimate administration is using those shots to target 10 million babies and toddlers in the US.

Health Impact News has the story:

The COVID-19 vaccine population reduction program is now entering its final phase, as the White House has just announced that they have purchased 10 million doses of Pfizer and Moderna COVID-19 mRNA vaccines that became available today for all 50 states to purchase in preparation for injecting babies and toddlers between the ages of 6 months and 5 years old within the next few weeks.

And since the FDA has not even conducted an advisory committee meeting yet, let alone issued emergency use authorizations for this age group, the purchase and distribution of these killer shots proves once again that the FDA just rubber stamps whatever the pharmaceutical industry wants.

And I can guarantee you that all 50 Governors will allow this infanticide to happen within their states, by allowing foolish and ignorant parents to attempt to abuse and murder their children.

So for all of you “conservatives” who continually come to this site and try to present your case that there are some “good” governors who are opposing Big Pharma, such as Ron DeSantis or Kristi Noem who are frequently mentioned in the comments here, please stop, because these governors are puppets serving Big Pharma and they already have blood on their hands for allowing these kill shots to be injected into children over the age of 5, when they have the power and political authority to stop this child abuse in their state.

But to do so would be to sacrifice their political careers, and they obviously value their careers more than they value the lives of the children in their states.

EVERY SINGLE GOVERNOR in the United States is guilty of participating in the murder and destruction of the lives of these precious children, even if they claim to be “pro-life.”

They do not deserve our praise, but should be arrested and convicted in a court of law, and then face public execution. 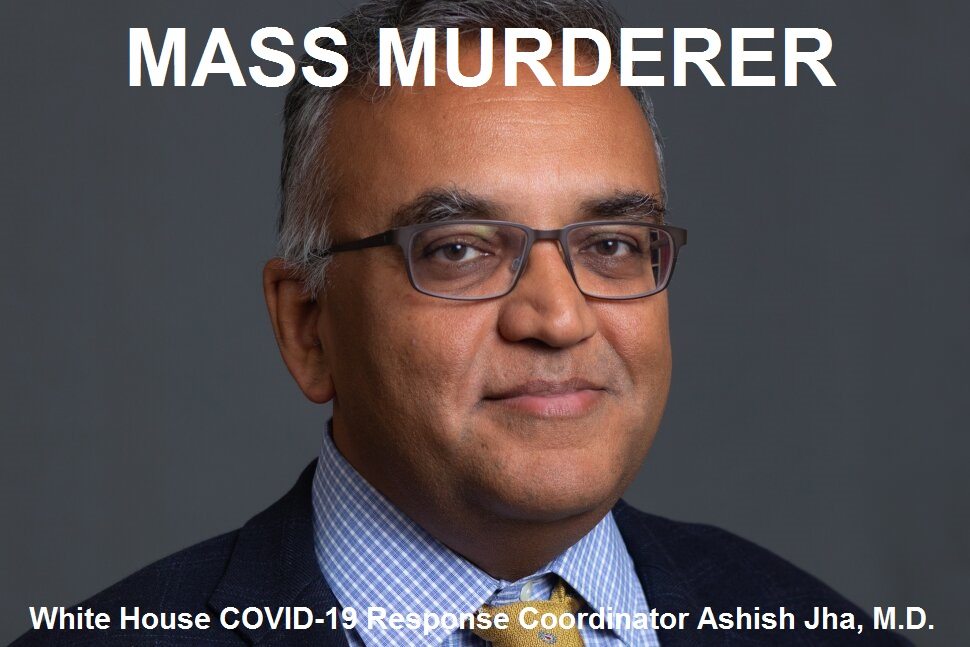 Ashish Jha: COVID-19 vaccines for kids 5 and under could start as soon as June 21

COVID-19 vaccinations for kids under 5 years old should be available starting on June 21 if the doses are cleared by the federal government, White House COVID-19 Response Coordinator Ashish Jha, M.D., said.

Jha said during a White House briefing Thursday that advisers with the Food and Drug Administration (FDA) will hold a committee meeting June 14-15 on applications by Pfizer and Moderna for vaccines to children under five.

“We expect an FDA decision shortly after the [advisory committee] meeting,” Jha said.

He added that the Centers for Disease Control and Prevention will hold its own advisory meeting on the issue, and Director Rochelle Walensky, M.D., will make a final decision on its own recommendation.

“We know that many, many parents are eager to vaccinate their youngest kids and it is important to do this right,” Jha said. “That is what this process has been all about.”

He said that as soon as the FDA grants emergency authorization, the federal government will ship doses to sites across the country.

“We have plenty of supply of both Pfizer and Moderna vaccines,” Jha added. “We are going to make 10 million doses available to states, pharmacies and community health centers and federal entities to order initially. Starting tomorrow, states can begin to place their orders.”

“We are building this program to meet the specific needs of this specific age group,” he said. “We expect the vast majority of these kids will be vaccinated by their primary care providers.”

Be still before the LORD and wait patiently for him; do not fret when men succeed in their ways, when they carry out their wicked schemes.

Refrain from anger and turn from wrath; do not fret–it leads only to evil. For evil men will be cut off, but those who hope in the LORD will inherit the land.

A little while, and the wicked will be no more; though you look for them, they will not be found.

But the meek will inherit the land and enjoy great peace.

The wicked plot against the righteous and gnash their teeth at them; but the Lord laughs at the wicked, for he knows their day is coming. (Psalms 37:7-13)

Don't forget to like SonsOfLibertyMedia.com on Facebook and Twitter.
The opinions expressed in each article are the opinions of the author alone and do not necessarily reflect those of SonsOfLibertyMedia.com.
Previous Post:
Thomas Massie Exposes “Gun Control” For What It Is: Ineffective & Unconstitutional (Video)
Next Post:
Mockingbird Media Blackout: Pfizer CEO, CIA Head, Facebook VP & Other Elites Secretly Meeting In DC