The Illegals That Are Coming Into America Are Killing… (Video)

“Since when did illegals have rights in America?”

Like so many other lies that are told to the American people by the mainstream media and the corrupt in the government that they tolerate the burden of proof lies on them not on you (John 8:44).

When it comes to the likes of the illegals (Law breakers 1 John 3:4- Exodus 20), Joe Biden wants you to become subject to his criminal behavior by calling them, not” illegals but “Undocumented Non-citizen” (Isaiah 5:20).

I wonder is that what we are called in Mexico if we break their laws, no, and rightfully so. No, in America if they come in illegally, they are lawfully called criminals.

Brietbart reported Sanctuary State: Illegal Alien Gets Five Years in Prison for Killing 24-Year-Old
An illegal alien has been sentenced to five years in prison for killing a 24-year-old man in a drunk driving car crash in the sanctuary state of New Jersey.
Jesus Leal-Corona, a 49-year-old illegal alien, pleaded guilty in 2020 to second-degree vehicular homicide, two counts of third-degree vehicular assault, and drunk driving after hitting and killing 24-year-old Frankie Hensley of Philadelphia, Pennsylvania, in September 2019.
Leal-Corona, who had been living in Monroeville, New Jersey, admitted to police that he was drunk driving when he hit Hensley. At the time of the crash, Hensley was the passenger in a vehicle involved in a separate crash when he got out of the vehicle.
Then, Leal-Corona hit Hensley who was rushed to a nearby hospital and died hours later as a result of his injuries.
Leal-Corona was sentenced to five years in prison for the vehicular homicide charge and must serve 85 percent of his term before becoming eligible for parole. He also received a 3-year sentence for vehicular assault and 30 days in prison for the drunk driving charge.
Before the deadly crash, Leal-Corona had been arrested in Texas and New Jersey. Despite those arrests, Leal-Corona was never deported. New Jersey’s broad sanctuary state policy, which shields criminal illegal aliens from federal arrest and deportation, could prevent Leal-Corona from being turned over to the Immigration and Customs Enforcement (ICE) agency following his sentence.

Conclusion:
Another question that you might want to ask them that are your said representatives is where illegals are afforded rights in this country. When they choose to break the law, they forfeit their rights (Deuteronomy 30:19).

Furthermore, what should be of interest to everyone reading is that when they are allured into America on your tax dollars by felons masquerading as mayors looking to put them on welfare (2 Thessalonians 3:10), they come here commit more crimes where they end up in prison for killing Americans and live the rest of their lives, where, and once again the American people somehow are left to work to support these criminals as well (Deuteronomy 28:63).

Don't forget to like SonsOfLibertyMedia.com on Facebook, Google+, & Twitter.
The opinions expressed in each article are the opinions of the author alone and do not necessarily reflect those of SonsOfLibertyMedia.com.
Previous Post:
Despite Big Tech Censorship, More Doctors & Nurses’ Voices Are Being Raised Against The Vaxx (Video)
Next Post:
Skyrocketing Lumber Prices Have Increased The Average Price Of A New Home By $35,872 In 1 Year

CNN’s Don Lemon: It’s Okay To Call Tim Scott An Oreo-But Only In Private
May 9th, 2021 The Lid 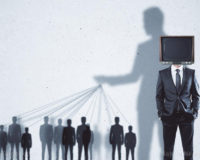