“At this very moment in our country, an elaborate research project into motivation is going on, whose object is to find out why and what the buyer likes to buy. What makes him tick? The aim is to bypass the resistance barriers to the buying public.” (Meerloo, 1956, p. 67)

Americans are rapidly awakening to a disturbing reality as they are beginning to realize, things are not as they seem. For decades, parents dropped their children off at government-run schools, under the impression that they were receiving an honest education. Never in the United States of America, would parents have suspected that our government would use the education system to reshape the minds and attitudes of young, unsuspecting children, to be compliant with an agenda that can only be described as, anti-truth. Yet, this is what is, and has been occurring for nearly one hundred years. What we are seeing in our public schools concerning transgenderism, Critical Race Theory or anything else that turns our children’s values upside down, is the culmination of, not the beginning of, a social change agenda meant to collectivize and socialize our children to be more conducive in accepting a collective society. John Dewey, known as the father of modern education, wrote in Democracy and Education that people cannot act as individuals without affecting the lives of others, therefore, what he does is contingent upon the approval and condemnation of those around him. This is the ideal social environment where individualism is wiped out, and a collective mindset is created. The point being made is that education itself, the structure of modern-day schooling, was created for this purpose. Educators know this, but parents do not. When a parent stands in front of a school board and states that it isn’t the school’s job to change the values of their children but to give them an education, they are making the wrong argument, because as far as the educators are concerned, changing your children’s values is their job. 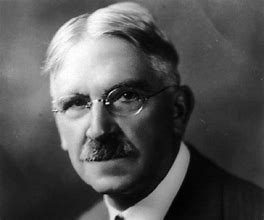 I have spent a great deal of time researching the processes of persuasion. The top quote alludes to the idea that there is a massive effort underway to study the attitudes of people, and how to change them to what researchers, or the government for that matter, deem to be more desirable. The cognitive processes of the human brain are under the microscope, and they are looking at how we respond to persuasive communications, and how to overcome any resistance to persuasive messaging meant to change our attitudes or beliefs. There can be no doubt, at this point, that this has been happening in our public schools as well. The psychological processes of persuasion have played a major role in education research. For example, an article published in The Journal of Research in Science Teaching entitled Persuasion and Attitude Change in Science Education states that persuasive messaging is often used in the science classroom to produce more desirable attitudes towards whatever the subject may be. Take note that this article was published thirty years ago. This means that many of our children’s beliefs concerning scientific topics like global warming, sex, gender, or anything else, have been manipulated with messages meant to change their perceptions.

What do they mean when they say information designed to induce them to develop attitudes deemed desirable? First, it means they have spent a great deal of time learning to understand the cognitive processes that take place when a message recipient is exposed to information meant to change their attitudes. Two, they refined the process of education to something called Entertainment-Education. Most parents would agree, and probably remember themselves, that much of what is called education these days revolves around watching movies, or reading stories that have pretty much nothing to do with anything remotely related to education. Look at the books our children are reading, or what is available to them is the school’s library. Stories about children’s sexual experiences are catching the attention of parents, and in many cases, these parents are showing up to school board meetings with these books in hand. What is Entertainment-Education?

̶ “a communication strategy and a process by which media messages are planned and created with an aim to entertain and educate audiences so that they can live a happy, safe, and value-filled life. These programs first capture the attention of the masses by entertaining them and then educate them in a manner which is easily understood.” (communicationtheory.org)

Here is where it gets interesting. The Elaboration Likelihood Model of Persuasion is being used in collaboration with the Entertainment-Education theory to better understand how to change students’ attitudes toward controversial topics. An article published in Communications Theory entitled Entertainment—Education and Elaboration Likelihood: Understanding the Processing of Narrative Persuasion discusses what they have found concerning persuasive narration, and how it can produce desirable behavior change even when the message is initially resisted by the intended audience. In other words, the stories your children are exposed to are written in a way to gain sympathy for the characters, which in turn, is theorized can produce a change in the beliefs or attitudes of the child in question.

The Elaboration Likelihood Model is used to examine what persuasion researchers call the central or peripheral routes of persuasion. The central route suggests that the targeted audience can think deeply, or elaborate, on the message therefore, it must be presented to them in a way that aligns with their beliefs. If the messenger can do this effectively, it is likely to result in long-lasting attitude change. The peripheral route is based on stimulus-response theory, meaning people simply react to the message. When it comes to Entertainment-Education, researchers have taken the ELM and expanded it beyond its original intentions to look at how people respond to narratives. This is known as the Extended Elaboration Likelihood Model. According to Slater and Rounder (2006), the attitudes, goals, and motivations of the message recipient must be thoroughly understood if persuasion through entertainment narratives is to be successful. Persuasion or attitude change can occur if the narrative in question meets the needs or motivations of the message recipient.

“In a narrative, attention is focused on the unfolding relationship of characters, situations, and events. We expect a persuasive impact of this narrative, to the extent of the recipient’s sympathetic response to the character’s own development and experiences, may lead to at least temporary acceptance of values and beliefs that represent a shift from the individual’s existing beliefs. This perspective is certainly consistent with the emphasis placed by entertainment-education experts on intensive efforts to elicit information about existing audience values and beliefs, and pretesting storylines that address these beliefs and seek to incrementally change them.” (Piotrow et al., 1997; Singhal & Rogers, 1999)

What Slater and Rounder (2006) are essentially arguing is that through storytelling designed to elicit an emotional response, where the reader is likely to absorb the perspective of the character and identify with their situation, long-lasting attitude change toward the topic is likely. Look at it this way. Our traditional values are being equated with hatred and bigotry towards topics like transgenderism, and homosexuality. An acceptance of these alternative views is reinforced by the introduction of entertainment-based education techniques that show characters living these so-called realities. This is effective because, as Slater and Rounder (2006) point out in their article, all information being processed, even through a fictional narrative, is viewed as being factual. This may seem a little far-fetched to some readers, but research shows that substantial cognitive effort has to be made to differentiate between reality and fiction, even if the information is known to be false. This is in adults mind you, let alone middle-school-aged children. To put it in simpler terms, when a child is emotionally invested in the story, and moved by the narrative, they are less likely to discredit the message source or even remember it at all. This makes attitude change more probable. Researchers have also found that a compelling drama that captures the attention of the audience effectively, is less likely to produce the dreaded, counterargument. Only when the narrative has failed to capture the emotional response of the audience are counterarguments employed by the message recipient.

“If a message recipient is consciously aware and is generating rebuttals or counterexamples in response to a persuasive subtext in a message, to that extent he or she is not absorbed or transported and is unlikely to be identifying with characters. Suspension of disbelief has failed, for the recipient disengaged from the narrative as a vicariously lived experience. If the recipient is transported by the narrative, we should not find counterarguing while the message is being experienced, even if the persuasive subtext is inconsistent with prior attitudes, beliefs, or values. The implications are that entertainment education, by blocking counterarguing, provides an extraordinary opportunity to influence individuals who would ordinarily be resistant to persuasion.” (Slater and Rounder, 2006)

America is behind the curve. Persuasion scholars have been studying the effects of communication strategies for decades, and much of this work is taking place in the classroom. Some of the research cited in this article is thirty years old, showing that they have been at this before many of the parents protesting at school board meetings were even in the fifth grade. The very creation of public schooling from the beginning was to condition American children into accepting a socialist vision of American society, not based on individual rights, but on collectivism. John Dewey wrote Democracy and Education in 1916, and they have been working incrementally, to use education as the stepping stool for social change. The change they seek requires the reconditioning of the human mind to get people to accept things they would otherwise reject. This is what Meerloo meant when he said “At this very moment in our country, an elaborate research project into motivation is going on, whose object is to find out why and what the buyer likes to buy. What makes him tick? The aim is to bypass the resistance barriers to the buying public.” I would suggest that anyone reading this take the time to research the material on their own.

Check out my latest book on Critical Race Theory Now available in paperback.

Also, check out Without a Shot Indeed: Inducing Compliance to Tyranny Through Conditioning and Persuasion.