To date, I know of no one that believes the official story coming out about the alleged “suicide” of billionaire pedophile Jeffrey Epstein, and though it was questioned whether or not Epstein was actually buried, reports are that he was buried in an unmarked tomb next to his parents.

According to The Daily Mail:

This unmarked stone crypt at an exclusive Jewish mausoleum is the likely final resting place of Jeffrey Epstein, DailyMail.com can reveal.

Sources believe the pedophile financier’s remains were transported to Loxahatchee, Florida so they could be entombed beside his parents, Pauline ‘Paula’ and Seymour Epstein.

Cemetery staff have refused to say why they mysteriously removed the couple’s memorial plate last Wednesday – the day after 66-year-old Epstein’s low-key funeral in New York – and replaced it with a blank white slab.

The neighboring crypt has a brand new, unmarked plate but when DailyMail.com contacted Epstein’s only sibling Mark to confirm that the sex offender’s remains were sealed inside, he raged: ‘It’s nobody’s f**king business.’

Mark, 65 – sole heir to the predator’s $577 million fortune – added: ‘It’s a private family matter, you got that? I’m not going to answer your question.’ 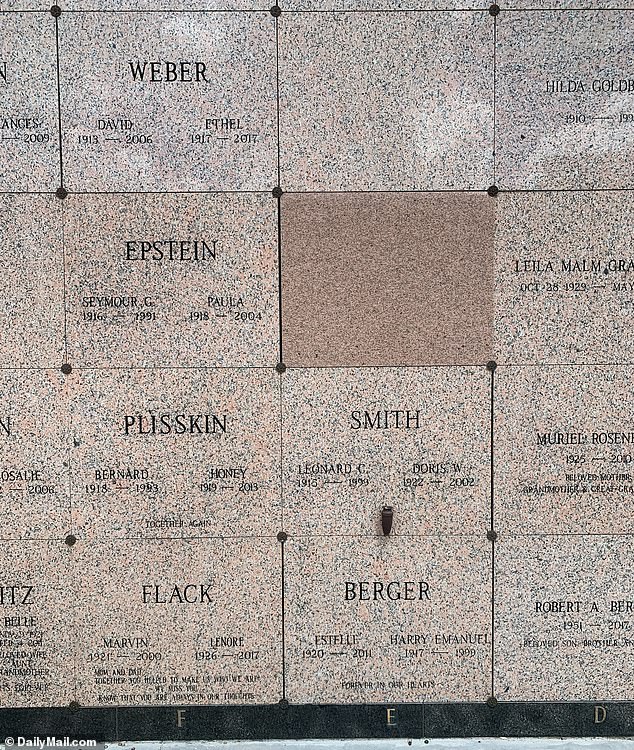 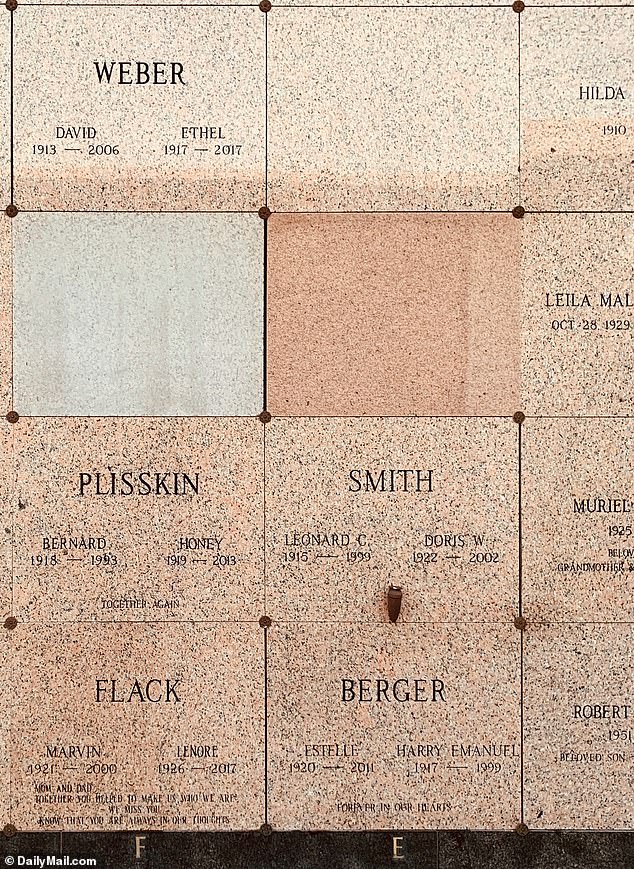 Sorry, Mark, but when your brother was convicted and stands accused of more pedophile behavior, and allegedly commits suicide under very suspicious circumstances, it’s not a “private family matter,” especially when you are the heir to his fortune.

Mark Epstein is also alleged to have organized the discreet burial at the IJ Morris Star of David Cemetery of the Palm Beaches after holding a low-key funeral service last week in New York.

Even Epstein’s fortune is questionable at this point considering that just two days before the alleged suicide, he signed his will that put his fortune in a trust account that he believed would keep it out of the hands of his victims who were suing him.

Classy guy, just like those he surrounded himself with, including the Clintons and others.

Still, the exclusive palm-lined cemetery on the fringes of the Florida Everglades is a 30-minute drive from the Palm Beach mansion where Epstein is said to have preyed upon many of his underage victims.

The twinned granite vaults are located in a large community mausoleum housing dozens of other Jewish graves at the IJ Morris Star of David Cemetery of the Palm Beaches.

They are modest and in keeping with Jewish tradition, starkly different to the grandeur Epstein enjoyed before child sex abuse allegations brought his jet-set lifestyle crashing down.

Parent company Service Corporation International released a further statement on behalf of IJ Morris, saying: ‘As part of our commitment to all families, we guard their privacy and do not discuss specific matters with the media.’

Between them, the Epstein brothers own numerous properties including an 8,000-acre ranch in New Mexico and an entire private island in the US Virgin Islands that could have discreetly hosted his grave.

But Mark appears to have chosen the same spot where their 74-year-old dad Seymour G. Epstein, a groundskeeper for the New York City Department of Parks and Recreation, was laid to rest in 1991.

The remains of their mom Paula, a school aide and homemaker, were placed in the same tomb when she died in 2004, aged 85.

The State of New York has gone on record declaring Epstein’s death a “suicide,” but we all know better. 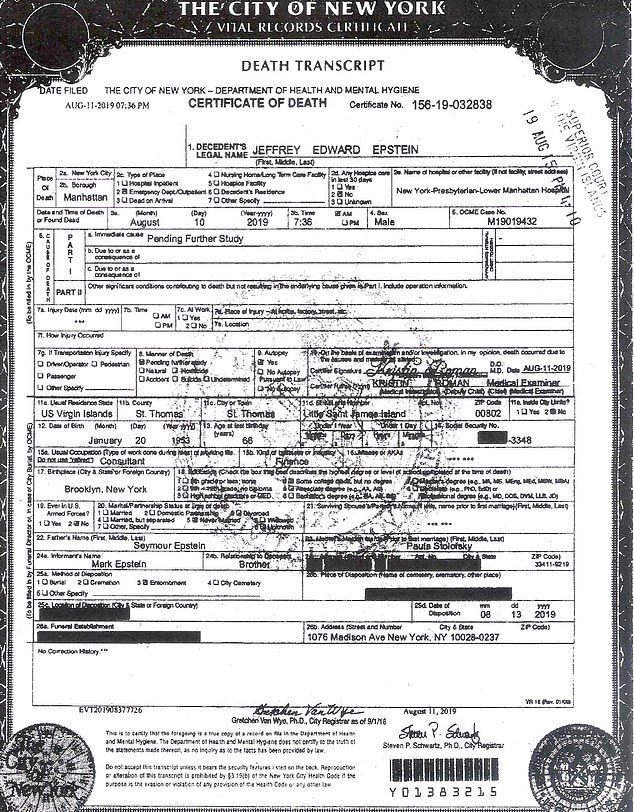 Can anyone really be sure the Jeffrey Epstein is actually dead, and furthermore, can anyone be sure that if he is dead, that he committed suicide and foul play was not involved?  Not with the way the mainstream media conducts itself today.

The Decline And Fall Of The Western Empire
August 11th, 2022 Sons of Liberty Media