Some people have mocked anti-vaxxers and joined in the chorus of people who are attacking those of us who have the good common sense to not take an experimental, unssafe, ineffective shot.  Some have learned the hard way and are now no longer on the planet.  Some have been injured for life.  Many families have been left without a spouse or a parent.  This story takes the cake when it comes to being stupid.  A 40-year-old Australian woman experienced a travesy of injuries following her AstraZeneca shot, but doesn’t have the good sense to stop, but is ready to take a Pfizer or Moderna shot next.

MELBOURNE, VICTORIA — A 40-year-old mother of two, wife and pharmaceutical executive is taking industry and “vaccine” loyalty to heights that even this blog has never seen.

Mrs. Alyssa Kent received the first dose of experimental AstraZeneca viral vector DNA on May 27, according to her Instagram page. The adverse effects were swift and harsh. She immediately suffered debilitating headaches that spanned 10 straight days. But she continued working as the Senior Business Unit Director of Virology in the New Zealand/Australia division of Gilead Sciences.

The California-based company is perhaps best known for developing the expensive anti-viral drug remdesivir. The Food and Drug Administration granted emergency use authorization for the drug as a treatment for COVID-19 on May 1, 2020. Pfizer signed a multi-year agreement with Gilead in August 2020 to produce remdesivir at the Pfizer plant in McPherson, Kansas.

The good doctors at the Front Line COVID-19 Critical Care Alliance (FLCCC) said that remdesivir would be useless if the war on Ivermectin would stop. President Donald Trump used remdesivir, the MATH+ protocol, and monoclonal antibodies when he allegedly contracted COVID-19 in October 2020.

Downward spiral and near death

Mrs. Kent was at a work conference on or around June 6. She had a seizure and was rushed to Cessnook Hospital. Mrs. Kent had four more seizures before being transferred to John Hunter Hospital. At least one blood clot was found in her brain. She was placed in a medically-induced coma in an attempt to have her life. Meanwhile her family was told to say their last goodbyes. 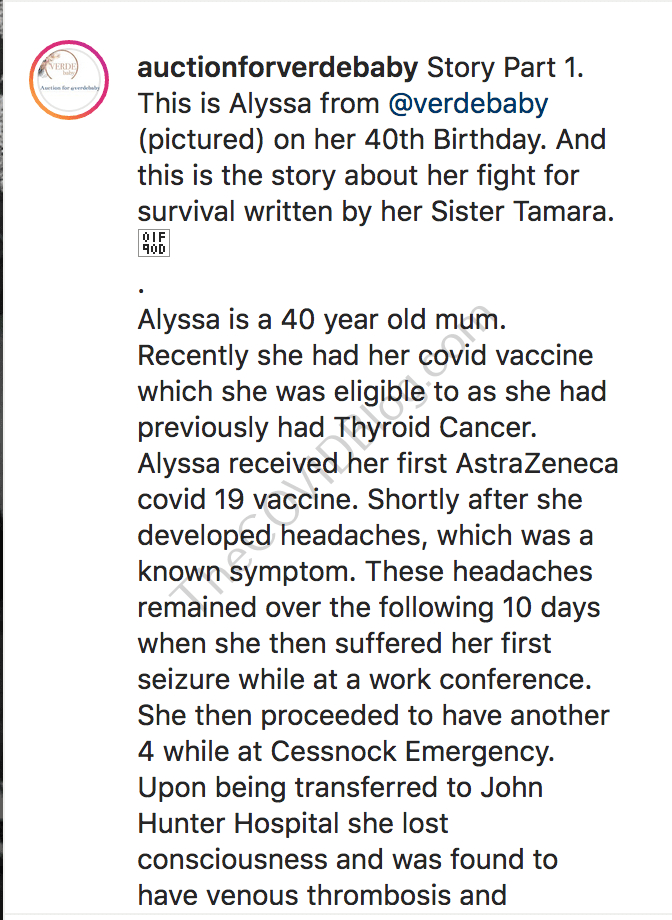 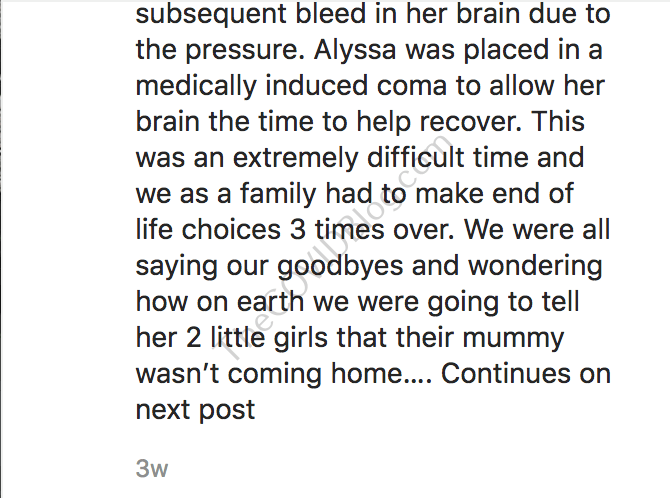 While in the medically-induced coma, doctors performed three brain surgeries and 18 total MRIs and CT scans. She also developed aspiration pneumonia, meaning vomit or something else got into her lungs. A sepsis episode caused her to be readmitted to the intensive care unit. 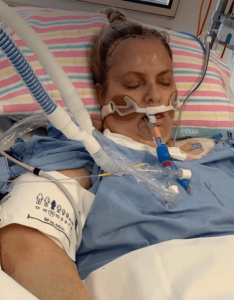 Mrs. Kent finally came out of the coma in late June. She suffered severe brain damage, and had to teach herself how to walk, talk and eat again upon waking up. Doctors transferred her back to a rehab facility in Melbourne. The family concedes that Mrs. Kent will live in the rehab center for at least a year, but likely much longer.

A July 17 Instagram update featured Mrs. Kent speaking from her hospital bed. But it’s the final minute-and-a-half of the video that is extremely bizarre. Mrs. Kent said she “wholeheartedly believes” that the experimental shots are the only way forward for humanity. She “doesn’t want to scare anyone off,” but also wants everyone to make informed decisions.

It is this portion of the video that epitomizes the extent of power these global psychological operations have on the impressionable public.

My life has been completely changed because I had the vaccination. Would I do it again? No. Would I get AstraZeneca as my second shot? No. I’m not allowed to.

Since she is not allowed to get the second AstraZeneca injection, she will get Pfizer or Moderna instead for the second shot.

Don't forget to like SonsOfLibertyMedia.com on Facebook and Twitter.
The opinions expressed in each article are the opinions of the author alone and do not necessarily reflect those of SonsOfLibertyMedia.com.
Previous Post:
How Government Is Sponsoring Non-Educators In Their Education Marketing & It’s All About The Money
Next Post:
Black Lives Matter, Think Again – Subversive Leadership Is Inciting Americans Against Them